September just ended with a blast and we’re all set to cop this year’s Halloween Nikes. TSB has been picking up hype traces and dominating all-region Nike stores for almost a year now. And lately, we’ve been building up a Nike knowledge base for our users and readers. So, if you want to catch up on the best Nike sneakers, the classics, and the legends, you know where to click. Because sure, the reason we’re here is to save your dream of copping hyped kicks on retail. But it’s also to catch you up on your all-time favorite brand. So that you know the honest value of what you’re copping and discover your interests along the way. We’re all about pushing you forward, fam. And there ain’t nothing like starting the day with a healthy poop digest. 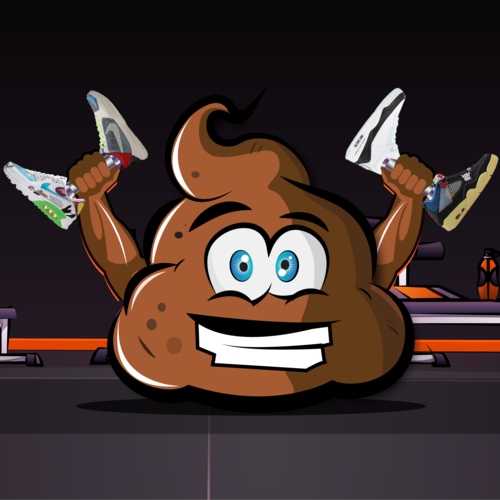 Before we rewind back to what went on in September, we gotta take a moment to celebrate TSB’s success on the Off White Nike Rubber Dunks yesterday! Because half a million dollars in user profit in a single day is a top mention in performance history. With over a thousand checkouts on three sneakers roughly worth a thousand dollars each, October is off to a magnetic start with The Shit Bot.

No Trend Gets Past The Shit Bot

If you’ve been keeping up with our blog posts, it’s no secret that September was a month of massive Nike collabs and Kobe sneakers. It’s been nearly eight months since the basketball legend tragically passed. And both heartbroken fans and investors are bidding without restraint to get a last piece of Kobe. Not that anyone’s to blame with $550 jerseys being up for grabs. The Nike Kobe 5 Protro model has stolen the spotlight during this year’s Mamba Week lineup. And we secured the hyped PJ Tucker edition for our loyal Kobe fans.

Our Users Crapped Out the Best Nike Sneakers

Apart from the NBA legend’s legacy, TSB has massively copped hyped Nike collaborations. Like the UNION Air Jordan 4s, the Ruohan Wang Nike series, and the fragment x Air Jordan 3. We’re talking hundreds of the best Nike sneakers copped per drop. This isn’t your ordinary 100+ checkout on an ordinary day. Although the number of copped pairs varies each time based on several factors. Such as user activity, technicalities, and stock number. But we’re here now to show you the results of a top-performing Nike bot. And how much you can actually make in profit if you decide to cop with The Shit Bot.

An OOS Bot With a Solution

Although TSB is an OOS Nike bot, we consistently post hefty prizes and bot giveaways @The_Shit_Bot. So, consider our Twitter page a salvation spot for sneakerheads hungry for a copy. We only announced the winner of our bot giveaway a few hours ago today! So keep in mind that if we score big on releases, we’re likely to pay it back to our community even bigger.

And just a little heads up, we restock at random times, and sometimes it’s sooner than you’d expect!

It Ain’t All About the Now

TSB is in for mind-boggling collaborations as well as classic Retros. We’re a team who picks apart the history of Nikes and Jordans to serve you the deets you have to know. And timeless Retros are a big part of that. We’re into old classics as much as modern Retros. We can’t exactly have our fam calling the one and only 1985 Jordan 1 black and red instead of bred, can we?! Or have our users be clueless about the actual Air Jordan prices on the market so they don’t get scammed. It’s the little know-hows and slangs that push you to the top sometimes. And TSB battles it out on all regions to secure you the Retros and collabs that define your sneaker game.

So keep it locked on Twitter and our blog for your next big break!