It’s “that time” of the year, again. Your feet are tearing at the scene and your brain’s a cannibalistic pumpkin show. With the Nike releases dropping this month, there’s only one bloody way to go about your options, and that’s shady. So, to spare you the trouble of scavenging till doomsday, we’ve compiled a list of the darkest, shadiest Halloween Nikes. That’ll make the Grim Reaper…grimmer. 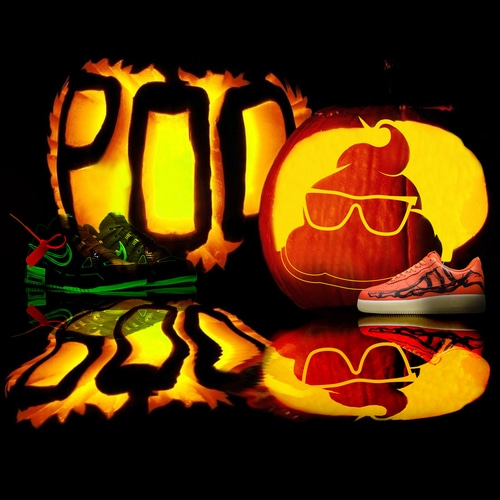 Say Hello to My Little Friend

If you’re all about the Hello-ween, you’re gonna need a push in the fright direction. You wouldn’t wanna blow your one chance of being whoever you want to be. Since hell officially happens once a year. The Shit Bot is the top Nike bot in the market with an unmatched consistency on all-region Nike drops. We JUST announced the winner of our latest giveaway and can assure you that with all these dope Nikes crowning, there’ll be more where that came from. So, keep it locked @The_Shit_Bot to keep track of our success posts and prizes. Till then, stay spooked!

We got a winner🥳 @mertakbas36 DM to claim💩

Halloween Nikes: Witch Is Your Favorite? 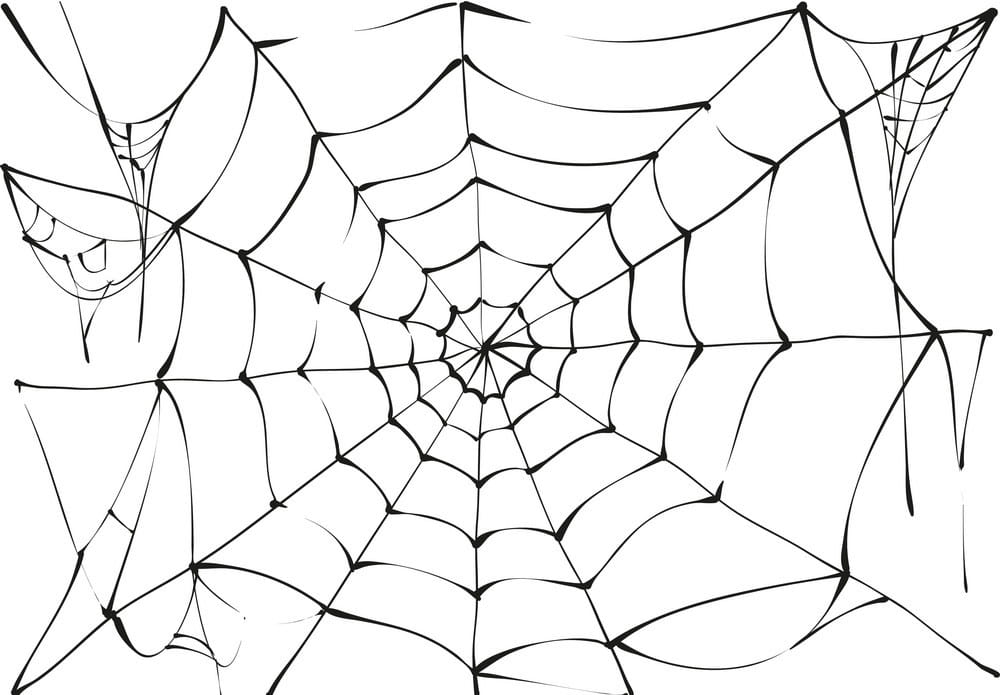 This tech-updated version of the Nike classic Air Force 1 is actually in tribute to the Super Eagles of Nigeria. Hence, the word Naija. Which means of or from Nigeria. Nike spotlighted the beloved national football team. With an Air Max 95 and an Air Presto following the same green colorway. There’s no denying that it looks a venomous spider web or an electric maze theme. If you don’t know the first thing about football.

Who can you be? Venom; Computer Code; Kiwi 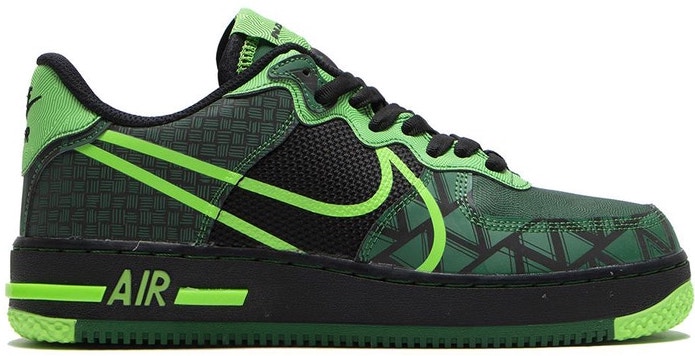 The 3 Off White Nike Rubber Dunks which TSB copped off all-region Nike are fantastic. But neither of the other two spell “Hello-ween beautiful” like the green colorway. It’s electric, sexy, and basically all tied up and good to go. Not a single Nike Off White collaboration has ever gone by without earning its hype. And this attention grabber’s earning it up to one thousand dollars.

Who can you be? ANYONE EVER, preferably in a tux. 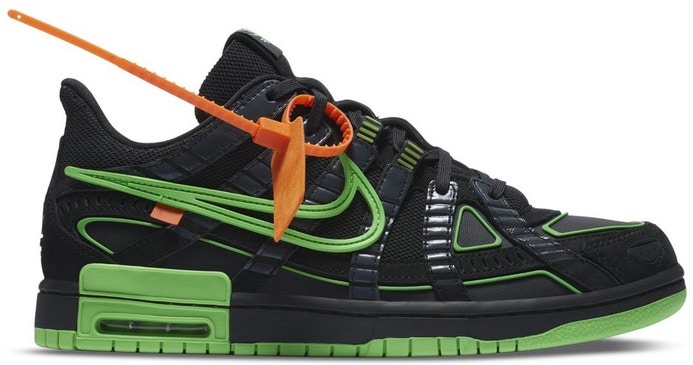 This Jordan 16 is a 2-in-1 package deal. NBA Houston Rockets player Russell Westbrook has a Jordan/Converse Chuck 70 duo dropping in his honor. Although polar opposites in color, both sneakers share an embroidered dungeon chain theme! How about that for stealth?

Who can you be? Basketball Freddy Krueger; Clint Eastwood 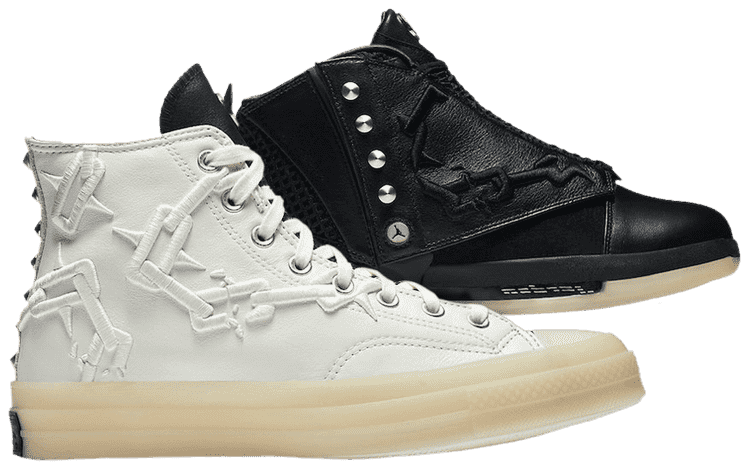 If you’re worried that the camo hype is dead, this edgy Safari take on the Air Max 90 model will make you care-free. Plus, if you’re all about that animal print, this sneaker will go fine with any leather, denim, or sweat outfit.

Who can you be? Catwoman; Cruella DeVil

Nike ISPA is just what we need around Halloween. Especially with the Sacai Vaporwaffle situation this one’s got going on. The floating heel effect creates the illusion of tip-toes. And what better way is there to trick or treat in style?!

Who can you be? Ghostface; The Modern Hangman 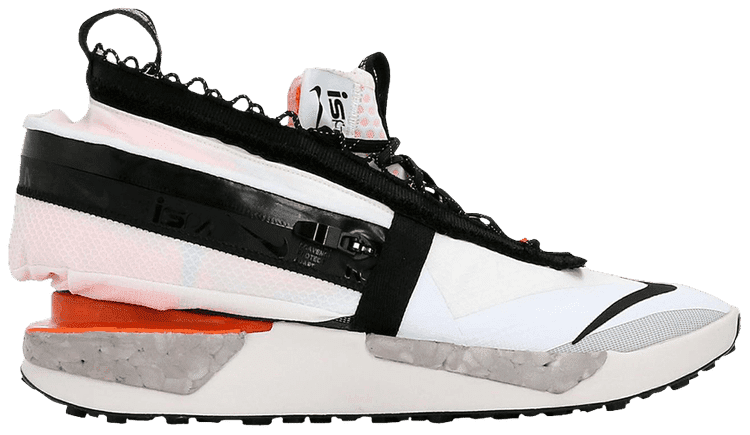 There isn’t more than a handful of valued Nike Foamposites in the underrated model’s history. And they all fit right into this Halloween theme. Coincidence? Probably not. From Galaxy to ParaNorman and Blue Mirror, the “shade” exists in bulbous form. The Nike Foamposite Triple Black, Anthracite’s less exciting lookalike, is reselling for a minimum of $500. So Anthracite might outdo its inferior with its wavy claw marks!

Who can you be? Frankenstein; Big Foot 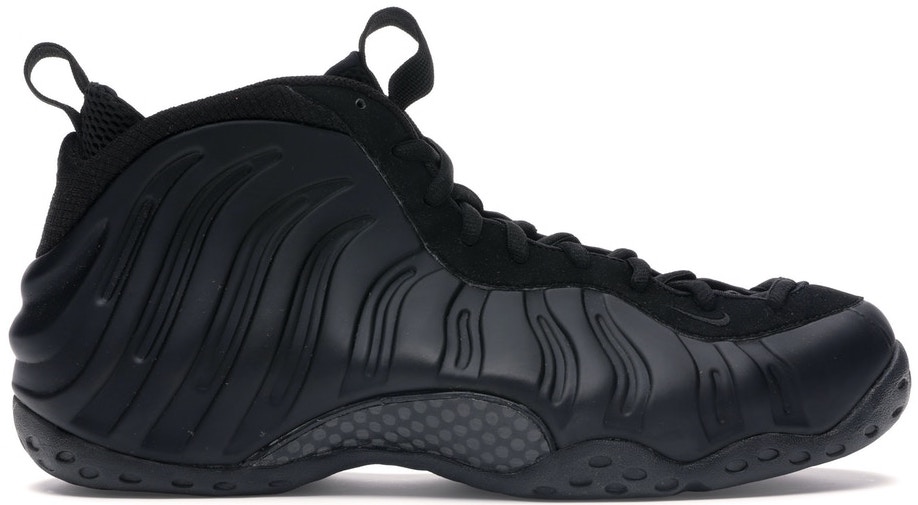 This Jordan 12 would’ve passed off as a black sneaker. If it weren’t for its electric purple accents. And Halloween is a crunchy combination of orange and black with purple accents. Usually as a light source. Which pretty much makes this design right on the money.

Who can you be? Mystique from X Men 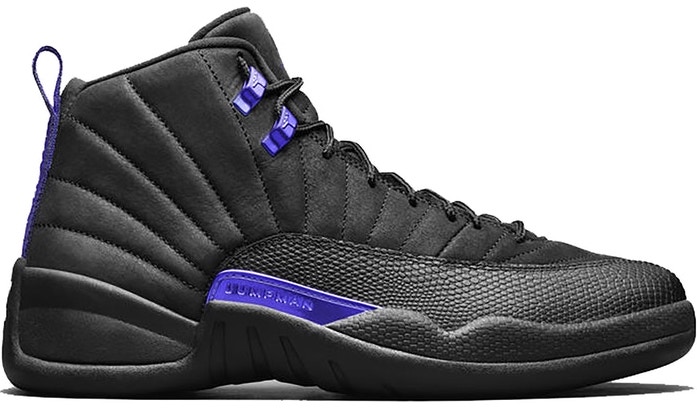 The newly introduced Nike LeBron 18 adopts a black and purple colorway days before Halloween. This prize is worth $2,000 with its Knitposite front and purple heel structure. And frankly, there’s no better way to show your appreciation than go as the legend himself.

Who can you be? LeBron James 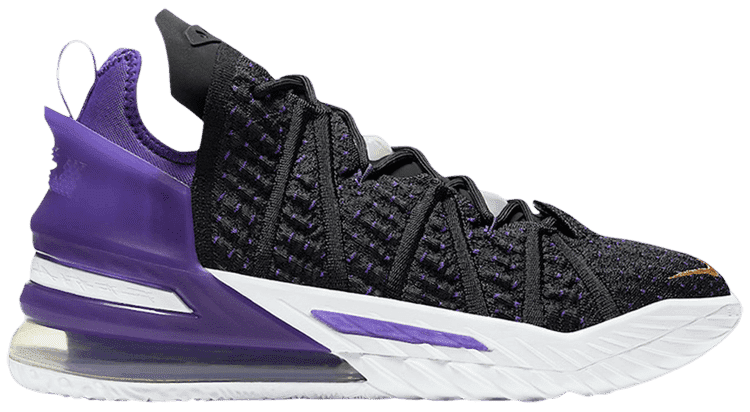 We’ve flexed the Skeleton Air Force 1s in black and white colorways. But it looks like 2020 is year of the pumpkin ghost! As usual, this Air Force 1 has an x-ray design and glow-in-the-dark soles.

Who can you be? Pumpkin Head; Garfield; The Ghost of Lorax 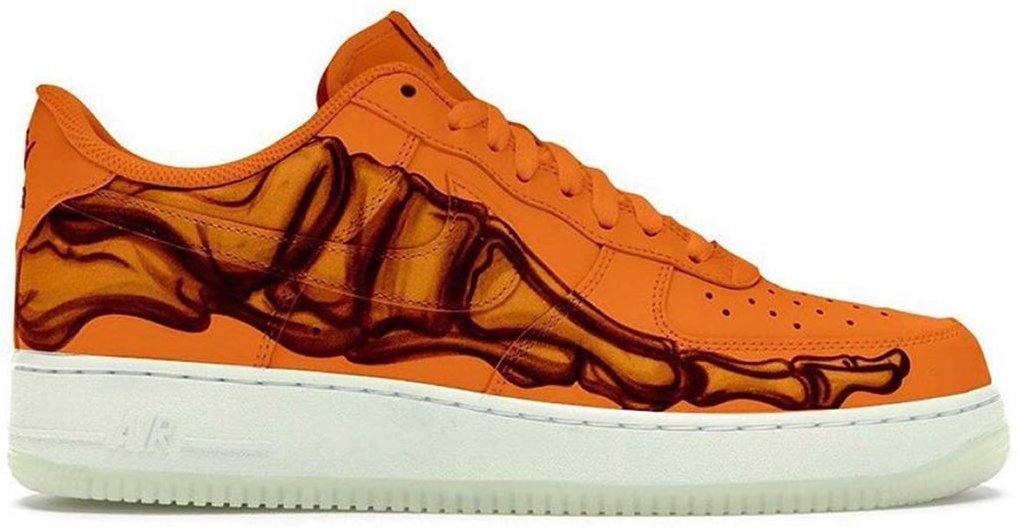 Following a super similar colorway to the Jordan 5 Top 3, this Nike Air Trainer 3 is a black and red cage scene. With a red-spotted black midsole for an extra shrill. And the purple sockliner calls our attention to what Nike wants us to see: Dracula’s face on the insoles. Surprise!

Who can you be? Dracula; Mavis; Him from The Powerpuff Girls 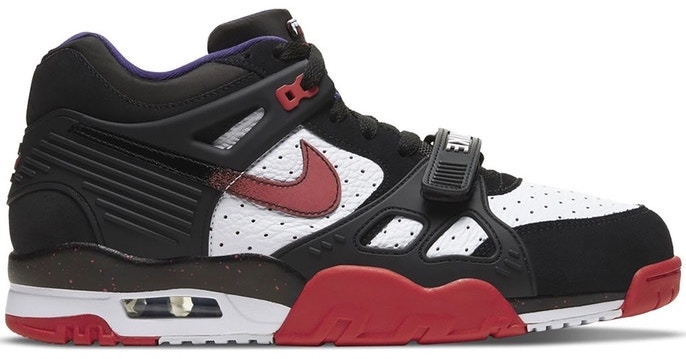 The last time we saw a 97 that slick is when Sean Wotherspoon matched up his 1/97 masterpiece! This hardcore pair complements its purple mid-slide with ooey gooey slime. And to top it off, glow-in-the-dark soles!

Who can you be? Murray the Mummy; Sick Alien 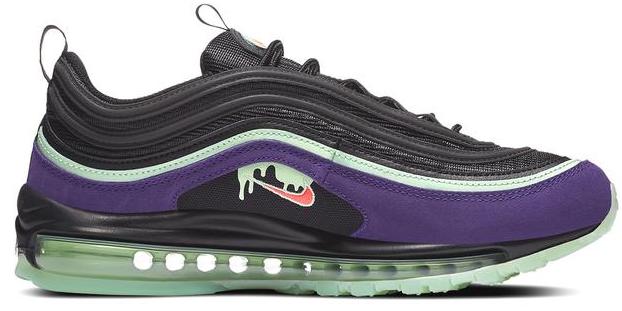 We hope you consider our costume suggestions. And challenge yourself to think outside the box. You can start by picking your top 3 Halloween Nikes. And the rest will fall into place. Hell knows we could all use a change this year. So what better way to do that than alter identities for a whole day?! Whether you’re on Zoom or in person, TSB will make sure to make one heck of a zombie meal out of you this Halloween!