The last trace of the Jordan 3 Animal Instinct Pack dropped last December. With the first chapter in animal-printed fur: Jordan 3 Animal Instinct 1.0. And as promised, the second chapter will drop this summer. In a bad boy take on the jungle. The first drop showed off the king with its pony hair upper and various mammal print overlays. And the second drop is about to take over the wildcats. With its wet, snaky appeal! Looks like Jordan 3 is literally trying to make ends meet. By bringing creepy reptiles over to the warm-blooded side. Animal Instinct 1.0 is selling mostly for under retail on GOAT. Probably cause pony hair and summer feet don’t match. So don’t blame it on the shoe. Because it was selling for up to $1,000 on StockX back in December. It’s easier to blame shit on the weather. Since with summer here, 2.0 is so far reselling for $550 on GOAT. And expected to rise with the heat! 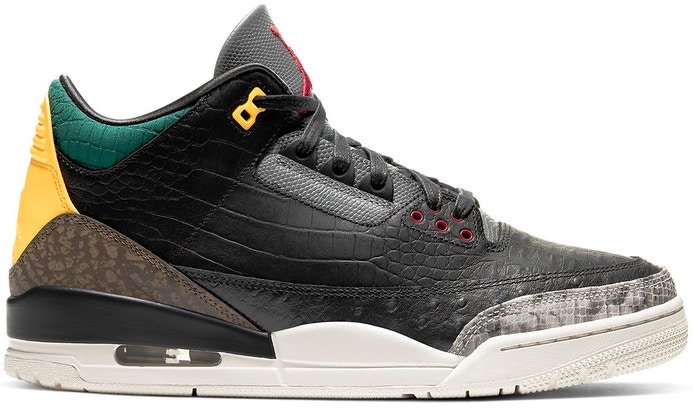 The competition is officially over and The Shit bot has announced the winning cookgroup. If that’s you, we expect you to benefit on every Jordan and Nike release this year! And if you didn’t make it, better luck next time. Keep locked on our Twitter page for giveaway updates.

The Most Tagged cookgroup is @Ecnarudne1🎉
Congrats on the EXCLUSIVE RESTOCK 💩 https://t.co/j3hPtfZToW

The Jordan 3 Animal Instinct 2.0 is dropping in a shady exotic exterior. Made from a reptile-inspired mashup of ostrich, crocodile, and snake. In addition to the iconic Jordan 3 elephant print on the heel area in earthy tones. But the exciting part is when the vibrant colors kick in some contrast! The collar is dipped in emerald green and the enlarged heel tab in vibrant yellow! We find glimpses of red on the frontal eyelets, the inner tongue, and the Jumpman logo. As well as the frontal outsole. With yellow on the backside. And you haven’t seen the last of the duo till you’ve taken a look inside! Expect this pair to drop on June 6 for a retail price of $225. 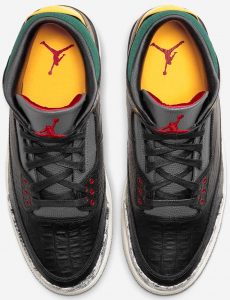 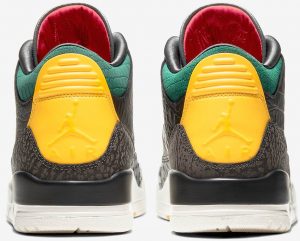