10 Fun Air Jordan Facts You May Or May Not Know! 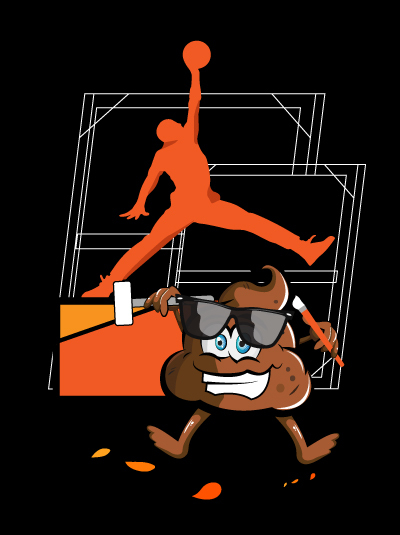 We all know who the NBA GOAT is. Michael Jordan sure needs no introduction peeps! But y’all must know that the basketball court ain’t the only place Jordan made history. The former professional basketball player also rocked the sneaker industry and turned the tide the moment he collaborated with Nike back in 1984. So, as Jordan sneakers are a staple in the sneaker world, let’s go through some fun facts about them, shall we? And if y’all consider yourselves certified sneakerheads, you must already know most of these Air Jordan facts, if not all of them. So take this as a knowledge check 101, or a memory refresher.

But before we do that, if you wanna know what Jordan Brand has to offer for its Spring 2023 collection, click here! And for more news on sneakers and Nike drops, all you gotta do is click on that notification button Our Blog got!

Whether you wanna cop a pair now or in the near future, here are some Air Jordan facts, as well as facts about Michael Jordan himself! Let’s take a lil moment and ask you some questions before we proceed. If you got them all right, then congrats, you’re obsessed with kicks enough to proudly be given the certified sneakerhead title.

If you got no idea what the answer to any of these questions, let us be your shittiest guide and hit you with many more fun facts about Jordan shoes!

1- Nike Didn’t Appeal To Young Michael Jordan.. But Another Brand Did

Believe it or not, Michael Jordan was an Adidas fanatic. And he wanted to sign with the Three Stripes but sadly for them, they couldn’t sponsor him. However, thanks to MJ’s agent, who convinced him to approach the Swoosh with a partnership, things took a turn for the best! Clearly..

2- No More Swoosh, Time For The Jumpman To Shine!

If you’ve been buying Jordans lately, you might have an idea about this one. So, it’s kinda common knowledge that Air Jordan 2 was the first Jordan that didn’t feature the Swoosh branding. And let us say, Nike has one heck of a fearless partner for taking such a risk. After all, why would you need a logo when you’re dope enough for your signature design to be recognized from miles away?

Here’s another one of the Air Jordan facts: Tinker Hatfield was the young hero that convinced Michael Jordan to stay in the sneaker game with Nike. After his initial deal was coming to an end, MJ was a lil hesitant about resuming his journey with Nike. So, Hatfield took it upon himself to ask His Airness what type of shoe design he wants. He noted every little detail, even as some went against the Swoosh’s preferences. And along with his dad’s convincing, Michael Jordan was persuaded to stay with Nike for good.

4- “Air Jordan” Coined In Less Than A Minute

You’d think coming up with a name for such an iconic brand would’ve taken weeks and even months. But nah, people watched this brand be named in less than a minute! And not by the GOAT himself, but by his agent. That agent deserves far more credit than what people gave him. Every sneakerhead would agree with that.

5- Air Jordan 11s Got Inspo From A Lawn Mower

You ever taken a look at a lawn mower and thought, “Wow! This would make one heck of a shoe design!” Yeah, no? Well, Tinker Hatfield definitely did. They always said artists take inspo from the weirdest of places, but we didn’t really pay attention to that part till we got a dope Jordan silhouette inspired by a lawn mower!

You think all Air Jordans dropped under Jordan Brand’s name? Well, that definitely ain’t the case. Jordan Brand was actually officially created in 1997 when the Air Jordan 13 dropped under the brand’s name for the first time. Before that, all Jordan kicks used to drop under Nike’s name. It was about time that things happened the right way!

Oh how we love us some tea and sneaker secrets! Did you know that Jordan 21s hold a lil secret detail? Which needs light to expose that secret writing, by the way. So, if you got yourselves a 21- lucky soul- you’d find a text on the medial ankle. Nike used a special decoding system in which it rearranged some letters to spell “authentic.” This is one heck of a genius way to thwart fakes!

Among all Air Jordan facts listed above, this one is probably common knowledge to you by now. Nike dropped the first Air Jordan 1 in 1985, which went against the NBA’s uniform policy. But count on the Swoosh to capitalize on that shit, pay $5,000 as fines every time MJ wears them on the court, create hype, and excel at its marketing scheme!

Being a still-in-the-making NBA GOAT, not many people believed in his skills, nor in the possibility that Nike x Air Jordan partnership could rock the sneaker industry altogether. That’s why people doubted others would buy the $65-priced shoe. But after Jordan showed them what real basketball skills are, and AJ1s dropped, they didn’t have time to hit the shelves till they were snatched!

Those Air Jordan facts are endless. We mean, that brand is like a scattered treasure. The longer you look into it, the more unknown facts emerge. That aside, let’s talk about how Michael Jordan injured himself while wearing Jordan 6s in the Finals of the 1991 NBA game. But what’s mindblowing is that he refused to change into a special shoe after that to protect against the injury!

Jordans Worth Learning The Copping Game?

A definite yes! Whether it’s for the flex or the flip, Jordans are what you need in your life. As per resale, they make tons of money. But what you’ll need to do is learn how to cop for retail at first. And to do that, you’ll need a powerful Nike bot ‘cause you know how shitty Nike drops are. After that, you gotta pair it with great proxies and Nike accounts. Till next time fam!