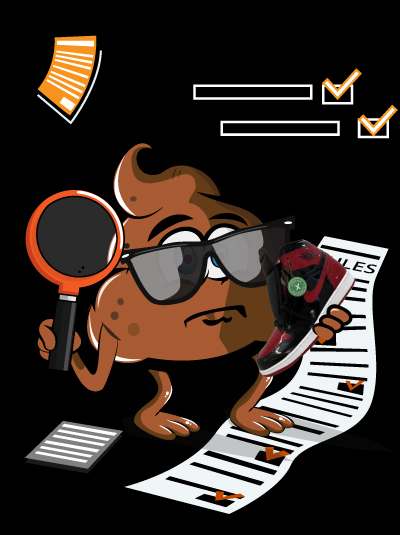 Does Stockx sell fake shoes? Looks like Nike’s legal counsel has a 2022 bucket list or something. Because let’s tell you that, at the rate they’re going, shit ain’t taking a break from hitting the fan. And that bucket list ain’t a peace-maker in the least but a disastrous one. Now that Kyrie’s out and resellers are getting whiplashed, the Swoosh now targets one of the most popular reselling platforms, StockX. So, y’all must’ve already heard of StockX removing authentication tags and all that.

But did you stop and think for a second that things would just stop there when both parties tire out of the battle? Or that they’ll decide to settle their differences at some point? Not in a million years! In fact, this battle has just begun as Nike opened the way for doubt to settle in StockX buyers. As they’re now questioning: does StockX sell fake shoes? Which drags on equally important questions, such as: Is StockX legit to even begin with?

Y’all must know that when distrust of the legitimacy of something starts settling in, things just get worse from then on. However, if proven otherwise, the company will earn a more solid reputation and rock-like customer base than it ever did before. No in-between!

Now as for our main inquiry here. Is StockX legit? Well, according to the online marketplace, “StockX is a safe, easy, and trustworthy way to access current culture.” But is it really? The main thing that made StockX special before is its “Verified Authentic” tags that got delivered with every sneaker bought off the platform. However, after Nike’s claims and the change of wording that happened, the aftermarket doesn’t know what and who to trust anymore. On the other hand, StockX has always been a reliable source of information and products. Its service never fails to meet standards. Besides, the transparency it offers both buyers and sellers is exceptional. Up to this point, it all screams legit. But let’s take a deeper look at the authentication process.

So, Does StockX Sell Fake Shoes Or Not?

StockX answers this question by stating, “At present, StockX employs a team of over 300 trained authenticators who work hand in hand with nearly 200 additional supporting team members – from knowledge managers to quality assurance specialists. Because of their joint efforts, StockX has an accuracy rating of 99.96%.”

However, what now catches consumers’ attention is that 99.96%. Especially after Nike declared that it was a “baseless claim” as the company itself has bought four counterfeit shoes off the platform in under two months. And all four rip-offs had “Verified Authentic” tags attached to them!

Could it be that we’re all humans at the end of the day, and those authenticators could in fact have made a mistake? But at the same time, those same human beings are well-trained and know more about counterfeit products than average people do.

Maybe Nike bought thousands of Nike kicks off the platform to end up with four rip-offs. Maybe that’s what the 0.04% is all about. At the end of the day, Nike knows more than anyone if its kicks are fake or not. No matter how much of an expert you are, you won’t know the materials and the details more than the original company does!

However, up to this point, there ain’t anything definite. And we certainly can’t go around making claims that a company is selling fake products unless more valid and in-your-face proof is offered.

What Do You Do In This Case?

Does StockX sell fake shoes? Well, THAT, nobody’s sure of. But Nike did sue the online marketplace and have enough claims to keep the war going on for a while. Not to mention, StockX did replace its authentication tags with “StockX Verified.” So, what we get outta this whole mess fam is that we gotta be more careful buying kicks there. Therefore, if you want your sneakers to be 100% authentic, then you should be buying them straight from Nike. Your second best bet would be buying sneakers from retailers. But even these tend to get mixed up with some controversies.

Therefore, your best option is to get yourself a Nike bot to start copping Nike kicks right from the source. This way you won’t have to be bummed out doubting whether the sneakers you’re wearing are rip-offs. And one dope Nike bot that’ll help you get the cleanest of kicks is The Shit Bot.

Click below to know all about TSB and the sneaker heaven that lies behind it! Also, make sure to check December Jordans to end 2022 on the best note!