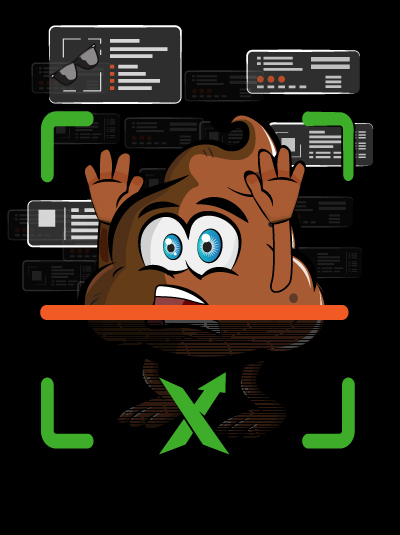 StockX removes authentication tags? What does that mean for sneakerheads and resellers? The reselling giant is now the talk of the industry for the third? Fourth time? Well, let’s say it’s a lil bit of a hassle keeping up with the shit going on in the sneaker world. But luckily, that hassle is no more as long as our blog’s here! It’s the shit you need to keep yourself up-to-date with all dope releases and sneaker news.

However, the headlines hitting today ain’t some dope-ass kicks dropping… sadly. As we mentioned earlier StockX will be removing authentication tags from its platform. So, what are you gonna rely on to prove your kicks ain’t some rip-offs? Will StockX rely on users’ faith in them? Well, all we can say is that trusting people ain’t really this generation’s A-game! And “trust me bro” as their authentication source won’t work with the platform if they don’t offer their users some valid explanations.

Stockx Removes Authentication Tags: A Lil Dive Into The Past!

Just so y’all know, this ain’t the first time StockX goes into a battle. Nor is it the first time it stirs shit up for both clients and employees. And turns out Nike ain’t only targeting resellers these days. But it’s sending out combat calls against reselling platforms as well.

Let’s do the honors of starting with the lawsuit of the year! It all started earlier this year when Nike sued the online marketplace for selling unauthorized NFTs of its kicks. Which would allow buyers to exchange them for the real thing in the future. And the platform had already sold over 500 Nike-branded NFTs by the time Nike filed a lawsuit. And taking all of this in, the Swoosh claimed that this shit can ruin the brand’s reputation, asking for sales blocking and money for damages made. It seems that not only did the popularity of non-fungible tokens skyrocket. But courts are also exploding with NFT-related lawsuits these days.

Turns out Nike had more to add to that lawsuit. A few months into the case, Nike adds that StockX is selling counterfeit Nike kicks on the platform. Come on, Nike! Why not add that from the beginning? A lil eye squint is well-deserved here, ‘cause shit’s looking a bit sketchy, fam! However, the online marketplace’s CEO wasted no time in shedding light on that part in his own lawsuit draft filing. Mind you, past plans included the two teaming up to combat counterfeits! Nike having a change of the heart or something? Well, this is giving Adidas x Yeezy vibes… minus the collab part. The Swoosh and the reselling giant seem to like shortcuts.

Anyway, back to our topic. StockX defended itself against such accusations by claiming that it has authentication sites all over the world. The marketplace included in its draft that its authenticators have detected and stopped counterfeit kicks worth $60 million from reaching consumers. And these authenticators themselves have examined more than 30 million products since the platform emerged. So, to say they know what rip-offs look like would be an understatement.

StockX Sellers, And Employees: Authentication Ain’t the Only Problem

Let’s point out a couple of things before getting lost in the whole StockX removes authentication tags ordeal. Not so long ago, the e-commerce marketplace decided to increase fees on sellers. As a newbie to the platform, you have to pay 10% as transaction fees. But as you go up in sales, that percentage decreases accordingly, till it reaches 8%. So, as more conditions started crashing down on resellers, StockX became less attractive to many.

Shit doesn’t end there, however. For the second time, in four MONTHS, StockX lays off some of its employees. Like every business, the marketplace was affected by the global economic crisis going on. Thus, it decided to lay off 80 employees, amounting to 8% of the overall workforce.

Lawsuits, fake product accusations, layoffs, and skyrocketing fees. What more? Well, more comes in the shape of trending headlines displaying “StockX removes authentication tags.” Everyone’s dropping bombs in the industry. Take Nike ending their Kyrie collab as an example. So, why wouldn’t StockX drop its own bomb? It’s only fair after all, ya know.

Now that we don’t know where we’re going with this legal dispute, StockX decided to skip some steps and add a “StockX Verified” tag instead of “Verified Authentic.” Bold move, X! You see, the marketplace took one courageous leap. But did they ever stop to think of the resellers? Did they inspect the downturns this shit could lead to? The inaccuracies that could happen no matter the measures they take?

Well, to that, StockX says that their approach to examining counterfeits will remain the same. Removing tags doesn’t mean removing the whole examination process at all. The platform claims that “Verification is the new authentication, but our comprehensive approach remains unchanged.” Meaning that StockX ain’t allowing no room for fake shit to wiggle its way onto the platform. Although it’s zigzagging its way around that lawsuit, the destination is still the same as before. And that is delivering authenticated products to customers. In simple words, it’s acting like a sneaky lil thing!

StockX did indeed assure us that the process is remaining the way it always was, but what’s the guarantee? At the end of the day, saying StockX verified ain’t like holding a tag that says your product is 100% verified. You can rest assured with the latter that you can sue the shit outta them if the product is proven otherwise. But while holding a StockX verified tag, what assurance have y’all got? StockX might change the so-called process and “StockX Verified” will stay as accurate as ever. Therefore fam, to doge all that, it’s better you take no risks and buy your kicks directly from the source. And FOR RETAIL!

How do you do that? First and foremost, you gotta have a sneaker bot. And for better chances at copping Nike, having a dope Nike bot, like TSB, is even better. It helps you cop ANY sneaker you want from over 50 regions worldwide! And here comes the best part… It costs you ONLY $300/year. This shit can be your investment of the year. But always remember that a good bot’s soulmates are good proxies, accounts, and a rocket-like server. Good luck!