Yeezy Resale Value Carshin’ Down: How Does That Affect Nike? 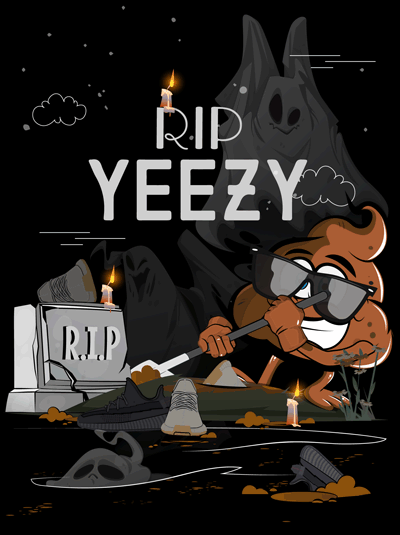 To improve is to change. Changing repeatedly can be perfect in some cases. But that shit tends to leave a whole lot of catastrophe behind. However, when all is said and done, change can bring you golden opportunities for growth and profit. Finding new opportunities by changing the way you think, your workplace, and even your toxic partner is the trend nowadays. Peeps are going at it in full force. And it often goes something like, “when life gives you lemons, squeeze the shit outta them till you seek every opportunity.” Needless to say, people are getting aggressive with pep talks. But it seems that some are hearing them loud and clear. Especially Kanye West. He’s one to go into that change like a wrecking ball. Bringing down Yeezy resale value. Now, not to lose track, let’s guide you through it one step at a time.

The biggest change of the hour and the hottest topic burnin’ the heck outta the industry now is Adidas ending Yeezy partnership. Oops? More like a big darn ouch! Well, for Adidas and Ye, at least… What about Nike? Well, The Swoosh is like that rich aunt with her phone off, traveling the world and enjoying life. All while the rest of the family’s raising hell back home with everyday drama.

From Bape, Reebok, LV, Nike, and Jordan, to Adidas. Seems like Ye can’t seem to settle down for one brand. And now history’s repeating itself yet again. What happened with Nike’s now happening with Adidas? But, this time the tea is HOT!

Even if you’ve got nothing to do with the sneaker industry, you must’ve heard some shit ‘bout the breakup of the year. Now, reasons as to why this happened are many. But, let’s just say that it had become a bit of a toxic relationship these past months. But Kanye posting an anti-Semitic comment on Twitter was the last straw for Adidas. So, it officially cut ties with Ye on October 25th, 2022

The rapper and fashion designer’s relationship with the Three Stripes was all fine and dandy at first. Up until it started going downhill too fast. The buildup, frustration, and disappointment were too real to be ignored. It was a two-sided push-and-pull relationship. And this breakup was gonna happen sooner or later as all signs been pointing that way. 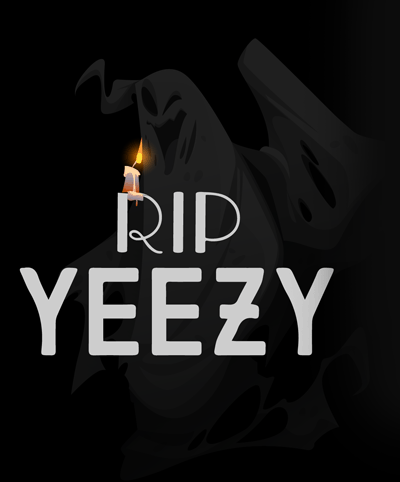 What Will Happen To Yeezy Resale Value?

See all them arrows going up? That’s Adidas Yeezy resale value. Anything going down? That would be shit going down between the two companies. Not forgetting about stock prices taking the slides as well. Now, as we mentioned, history’s repeating itself. If you have a look at Nike Yeezys you’d get where we’re going with all of this. Adidas Yeezy resale prices will, without a doubt, go up. Like really really high kinda up, the same way Nike Yeezys turned into kidney-worth kicks overnight. Take a look at the Yeezy resale value of the Red Octobers and you’ll get where we’re coming from.

Regarding the sneaker industry as a whole. It needs some time to settle after such havoc. It’ll be a while before we find a collaboration as popular and accessible as the Adidas Yeezy. But luckily for you, y’all still got Nike and Jordan brand to make up for the loss.

In fact, if you kept a close open eye on the game, you’d realize the big changes started last year. When Nike decided to go full-on with its DTC strategy. This resulted in retailers losing huge chunks of their usual Nike stock and Nike claimed back much of its control over its sales, releases, and restocks. It didn’t stop there. Nike’s done it again and stole the spotlight with its recent sales terms, aiming to hit resellers where it hurt most- Their flipping profit! But looking at the Adidas x Yeezy drama objectively, you’ll notice that eyes are back again on Nike. The best collaborations, releases, restocks, and the BIGGEST potential is there. Talk of a brand that has it all!

Nike ain’t only the shit when it comes to collaborations and releases. It literally is the leading supplier of athletic shoes and apparel now. And when we talk of its revenues, we go many tens of billions up. In 2022, Nike’s global revenue amounts to $46.71 billion. Collaborations are sacred for The Swoosh, and it never fails to bring out the best potential in them. Travis’ Phantom Jordans, Voodoo Jordans, and the list goes on. And to say Nike’s been active and consistent with releases and restocks would be an understatement! the Panda and Syracuse dunks are examples among many.

Where Does This Leave You?

Does this affect you in any way? Well, if you’re a sneaker reseller or a sneaker collector you got some shit to know. As a collector, hold on to your Yeezys and don’t emotionally sell them now ‘cause they’ll be worth a ton more in no time!

And as a reseller, your main stream of income changed. You’re now under the mercy of Nike and Jordan Brand. So you’ll need to master that branch of the game and equip yourself with the right tools like TSB.

It really is surreal how fast things ended. But you were given the gift of focus and time. Rather than wasting time and money on Yeezys which lately made barely any profit, you’ll work on Nike drops. 1 pair of Nike Dunks, Jordan 1s, 4s, and more can make you the same profit you’d make flipping 4 pairs of Yeezys!

So, if you’re serious about staying in the reselling game, get a Nike bot, stock up on Nike proxies, and level up your Nike accounts game. Invest all you got into copping and reselling Nike.

That’s your only way UP in the game now at least until we see where Ye ends or who’s next in line to top Adidas’ list of collaborations.