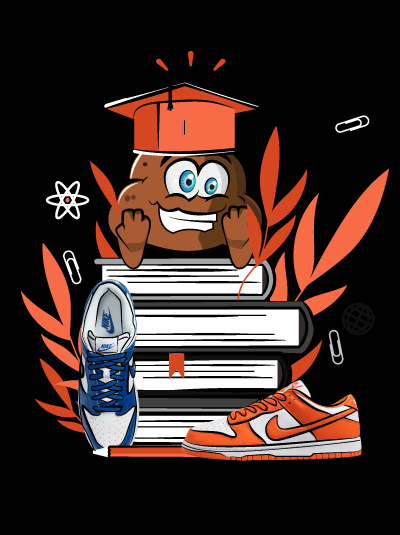 Time to party everyone! Happy Birthday if it’s your birthday, but no… we ain’t celebrating you today. Sorry ‘bout that, but we ain’t stealing Nike’s thunder tonight. Well, it’s more of a Nike Dunk thunder, and it’s officially its 35th anniversary. Seems like Nike’s on a mission to be sneakerheads’ very own Santa Claus throughout the whole year. The Swoosh’s been blessing us all with the dopest releases and restocks of people’s favorites. These called favorites are nonother than the Dunk Lows. It’s not the Pandas this time though, but beloved classics nonetheless, Kentucky and Syracuse Dunks.

A quick recap before we go into more deep deets. Age is just a number when it comes to both Dunks Low and the Be True To Your School colorways. Whether it’s the 80s or 2022, they’ll always be wanted. Now, Nike added a little twist regarding the school colors. They used to only drop in High-Top styles. But that changed in 2020 when The Swoosh decided to debut Syracuse and Kentucky Dunks Lows. They didn’t fail to meet more than the expectations. The sneaker market went into a frenzy tyrin’ to score ‘em kicks. And now they’re definitely not failing resellers. We’ll talk more about that later.

Now, just like the Pandas, Kentucky and Syracuse Dunks are gracing us with their presence again. It took two whole years for Nike to listen to our calls. But let’s not be greedy, at least they’re actually doing something about it. And we must say they’re more than excused. Since they ain’t taking a break from dropping good stuff. Being the most active brand with constant releases and no drama sure takes some dedication. Let’s keep that for another day and not divert much.

Moving on to the real talk, the pairs feature a white leather base. Varsity Royal overlays the tongue branding, swooshes, laces, and outsoles of the Kentucky version. While Syracuse Orange overlays the other pair. 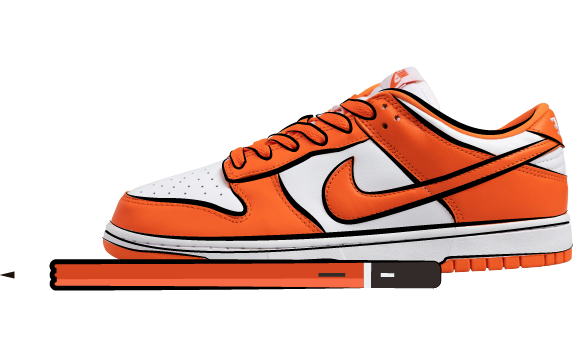 Kentucky and Syracuse Dunks will come back on November 1st, 2022. And they’ll retail for the regular $110. So, don’t worry, because upgraded versions don’t mean extra money. So gear up if you want them kicks since it might take the brand another two years to restock again. Or they might not restock at all. If you wanna flex them, then be Nike’s guest on the 1st day of next month. But we must tell you that that flip will be more than worth it. Syracuse and Kentucky Dunks are now reselling for $561 and $523, respectively, on average!

How To Get Kentucky and Syracuse Dunks

If you ain’t ready to spend more than triple their original prices, Nike’s given’ y’all another chance to buy these babies. But a simple reminder, these are limited. So, what this means is you can’t be doing that shopping the old way. It needs a lil bit and a lil bit of that to start cookin’! No riddles here, what you need is the most epic Nike SNKRS bot to score ‘em kicks. And consider yourself lucky, because the shittiest and coolest bot is within your reach. At what cost? Your soul? Fam, imagine dark humor is illegal. The horror is real! No more topic diversions, promise. Now, let’s do the honor of telling you that, ONE, TSB’s available on the market. And, TWO, it’s available for on;y $300 per YEAR!

But make sure you don’t pick one of the best Nike bots out there with shitty accounts and proxies. That would be like adding expensive truffles on top of the worst sausage sandwich you’ve ever had. And the two don’t go with each other anyway, so what a waste. So, a good copping experience requires a good sneaker bot, Nike accounts, and proxies. And, if you’re still new to the industry and a bit lost, you can always join a cook group. Good luck!