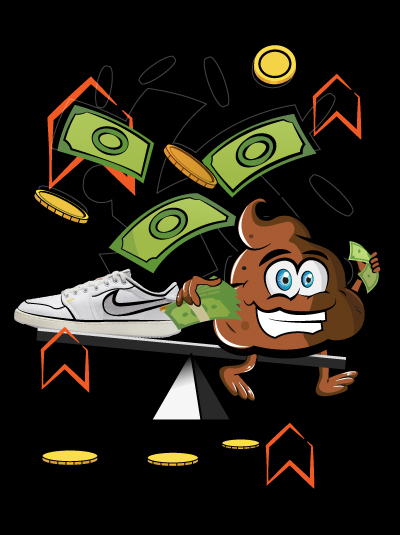 Union and Nike, two of the healthiest collaborators you could ever find in today’s sneaker world. And let us tell you, healthy and long-standing partnerships are rare as heck in the industry. Which is a blessing for many, till it’s not. We don’t think an example on this one needs lotta thinking. Because even saying Yeezy and Adidas within the same sentence sounds taboo now. But ya know, that’s how the industry goes. Brands go, and others take their place. However, this doesn’t mean that some collaborators don’t stay together for life! Just like Jordan Brand and Nike. Union does give that vibe as well. I mean it’d be a bummer if we lost their cool releases. And this year they’re kickstarting strong with a Jordan 1 Union Low KO release.

So, let’s take a look at them kicks and see whether they’re worth a flip, flex, or both at the same time! But before that. Want something other than Jordans? Well, this is certainly your year then! You can check out the Year of the Rabbit, St. Johns, and Panda Dunks! And if you wanna browse more sneaker news and releases, all you gotta do is click here!

Jordan 1 Union Low KO Sure Is Worth The Craze!

Rumors and leaks about the next Union LA and Jordan Brand collab have been circulating around since October 2022. Let’s say sneakerheads were a lil excited for more deets. And now that official images and release details finally dropped, peeps are keen as mustard to get their hands on them Union Jordan 1s. So, let’s see what’s so special about these kicks.

For one, Jordan 1 Union Low KO features a white, university gold, grey, and sail color scheme. At first glance, you’d notice that the kicks are a mix of both KO and OG Grey Air Jordan 1s. The partners decided to go lowkey with this one as most of the shoes are covered with white, then overlaid with some grey. Aged-like midsoles got that KO feels to them, which just adds to these Jordans’ dopeness! Yellow UN/LA tags hang from the Swooshes. Even the package of this Jordan 1 union low is a killer. Kicks will come in a special co-branded shoe box that got a giant golden chain decorating the top.

Release Deets And A Way To Catch’em Kicks!

Jordan 1 Union KO White Neutral Grey is set to drop on February 4, 2023, for a retail of $150. But with them supply chain issues, things might change any second. So, y’know what’s the best thing you can do if you wanna cop these kicks- or any other hyped pair? Which are now reselling for $564 on average! Join a cook group. That thing can help keep you updated with what’s dropping for sure and what’s not. A great cook group can go all the way as to do the copping for you. That’s why you gotta choose it wisely.

But if you wanna take matters into your own hands, you have to know that you gotta invest in the best Nike bot to start shit on a good note. Because getting a cheap sneaker bot that has no history of success whatsoever is just a waste of your time and money- no matter how little that is. And you’re lucky ‘cause there are Nike bots that are both cheap and successful in copping the shit outta kicks. Although nothing’s guaranteed in the industry, you can still raise your odds at catching Ws by using these things. Do they exist though or are we daydreaming? TSB does exist fam! This bot helps you cop from over 50 regions worldwide, and all you have to pay is $300 per year. Click here to know all about The Shit Bot! Till next time fam!