You know that sociable friend that knows everybody around? That’s Nike for you! Nothing seems to ever pass under its nose. The brand never lets an event or collab pass by without leaving its fingerprint on it somehow. Even horse races! Debuting this month is Air Jordan 1 Twist, so let’s check them kicks out.

However, it ain’t just events that the brand ain’t missing, but also strangling resellers every chance it gets. At first, it was the terms of sale thing. Several months later it was time to drop the Nike protection bomb on sneakerheads! But ya know, the heads in sneakerheads ain’t for show. They got some brains up there. And these same brains are the ones that invented sneaker bots. So, count on them to always stay one step ahead of whatever terms the Swoosh hits the market with!

Let’s not divert much from our topic and focus on shit that matters! And let’s just say that although the year’s ending, there still is a lotta dope-a$$ line of releases coming this December! Jordan drops to be exact. One of them is the Jordan 1 Twist. And just so you know, this is version 2.0 of the 2019’s pair. Nike has the tendency of upgrading previous silhouettes and adding these lil touches that do all the magic.

Air Jordan 1 Twist is a women-exclusive Jordan 1 that first debuted in 2019. And this year’s version is its fraternal twin with them extra details added. The main similarity between both pairs is the black-dyed faux pony hair overlays and swooshes. Why ponies? Well, this release celebrates the annual Kentucky Derby horse race. The difference however, is that this year’s pair has longer hair covering them than the previous ones. And a more notable difference would be the grey leather base, unlike the white base of the first Twists. More details include a grey Nike Air branding on the tongue, perfectly going with the silver metallic Wing logo on the lateral side of the kicks. 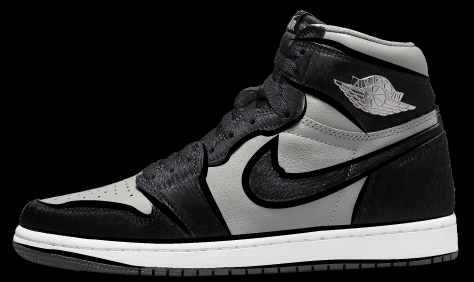 Air Jordan 1 Twist is gonna drop on December 22, 2022. A day before the Jordan 13s! December is a busy month, all right! Now regarding prices, Jordan Twist 2.0 will retail for $180. You definitely won’t be losing a dime with copping these babies. On the contrary, you’ll be winning more than double their retail price on the aftermarket, as they’re now reselling for $369 on average!

Is there anyone who doesn’t like catching Ws? Especially when it comes to copping sneakers. However, taking Ls on Nike SNKRS is more guaranteed than taking Ws. Sadly! But, of course, if you’re trying your luck manually, this won’t be far from the truth. However, that truth could still be a lil twisted. Because with a good Nike bot, like TSB, your chances at catching Ws skyrocket. And its users haven’t been the bit shy posting about all the success they been witnessing firsthand!

Before ending our shit talk, we must tell you that now you’re able to take a look at what 2023’s holding for y’all! Jarritos Dunks and AJ1 Spiderman are just lil glimpses of what is yet to come!