Jarritos Dunks: What In The Fizzy Drinks’ World!? 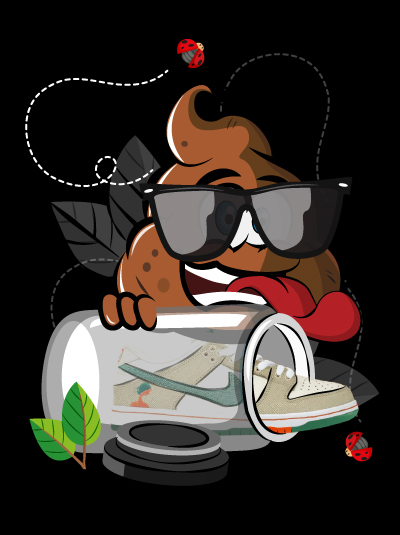 Beverages and skate kicks? Quite the match! It sounds like a joke at first. But you’ll get the idea the more you read about Jarritos Dunks. Seems like the Swoosh ain’t being its picky self these days. Partnering up with athletes and luxurious brands was Nike’s A-game. But now the brand is widening its horizons and collaborating with the popular Mexican soda brand, Jarritos.

It’s worth noting that Nike’s not only targeting odd collabs but more like getting more than a lil involved in the Latinx culture as a whole. From J Balvin being the first Latinx artist to ever collaborate with the Swoosh to the brand celebrating Latino heritage and supporting the culture. It’s all part of Nike’s appreciation of this culture and the mere knowledge of the great role the community plays in the brand’s future investments and sales.

Jarritos Dunks: A Good Drink And Nice Kicks Are Exactly What We Need!

If you think Jarritos Dunks is the first weird Nike collab, then you couldn’t be more wrong. The Swoosh joined forces with the food industry before. Now, to be more specific the brand joined forces with Ben & Jerry’s before. Dunks in the form of ice cream, and now Dunks in the form of beverages. What a world we live in. And being honest that’s the best kinda world. Always expect the unexpected. And rest assured that an odd collab will never satisfy the sneaker community enough till an even weirder partnership brings in the hype.

Y’all probably wondering what kinda looks these Dunks will have. Well, nobody knows if we’re being honest. But as usual, enthusiastic sneakerheads’ artistic sides emerge in full force once they hear of a partnership. So, as no official images are yet out, what would a mock-up of this pair look like?

Starting off, off-white leather covers Jarritos Dunks’ base. While light brown hemp overlays the kicks. The swooshes are seen to be covered in green along with the outsoles, leaving a lil place for bright orange to squeeze in between. There are also orange and green co-brandings all over the kicks. Which include a collaborative logo on the tongue, “NIKE JARRITOS” text on the heel tabs, and a green jug pouring out Jarritos’ special Mandarin-flavored beverage on the lateral heel tabs.

However, this ain’t the only version circulating y’all! Another hype-worthy mock-up shows Jarritos Dunks in a white base and green overlays and swooshes.

Nike Jarritos Dunks are set to drop on April 1, 2023. They’ll also retail for $130. Bur you gotta know that dates and numbers ain’t set in stone in this industry as they’re prone to change at any given moment. Especially with all them supply chain issues going on.

But that’s so far off from now. If you focus on that you’ll miss on so many dope releases, like the upcoming Jordan 13. And if the 13s ain’t your jam, you could always check out Drake’s AF1s. These two are just a drop in the upcoming releases’ ocean. Therefore, if you wanna stay up-to-date with all that’s hitting the shelves and sneaker news, keep it locked to our blog! Oh, and one last thing, you better start reading into all the sneaker botting shit if you wanna cop exclusive sneakers for retail. And to save you the effort of looking for a good SNKRS bot list, just click here!