Okay, so they say 13 is an unlucky number. But although Jordan 13s are underrated, they ain’t by any chance unlucky. They definitely are worth more than the hype they get. However, when it comes to Jordan Brand, there’s nothing called luckless or bad kicks. And judging by the dope colorways the 13s are dropping in, they probably won’t stay underrated for long. Maybe they’re waiting for their own Virgil Abloh to help them climb the social ladder, just like the 2s did! Now, before we check out the awesome Jordan 13 Black University Blue. If the 13s ain’t your vibe, Air Jordan 1 Black Phantoms are the way to go! And in case you’re looking for more than a pair you wanna flip or flex the upcoming month, December Jordan’s list can be of great help. 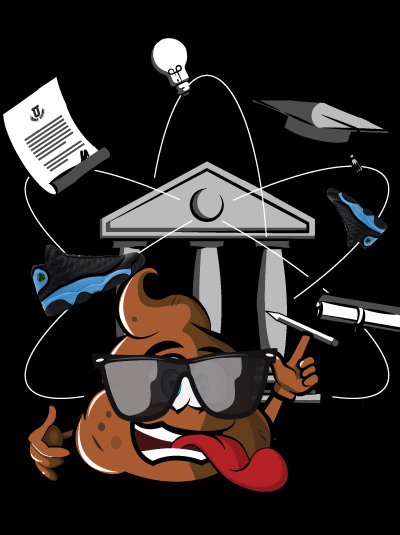 Coat any Jordan with a UNC colorway and see ‘em kicks be a staple of the Jumpman. The upcoming Jordan 13 Black University Blue has got a two-tone colorway. Black coats the side panels, outsoles, toe boxes, and tongues While University Blue suede covers the heels and the lower part of the uppers. Blue also wraps the midsoles. Finally, white Jumpman logos on the tongues and green holo eyes on the collars complete the look!

Jordan 13 Black University Blue will drop sooner tha expected peeps! It was previously set tp sop on December 29. But now kicks we be hitting the shelves on December 23, 2022, for $200. Speak of ending the year on the best note! Anyhow, these kicks ain’t only worth a flex, but y’all can flip ‘em for good ass money! They’re currently reselling for $318, on average, on the resale market. Also, if you do the math, you won’t be calling that profit pocket money, especially if you cop that shit in bulk! And who knows? Maybe making your first $100 might be all the encouragement you need to enter the sneaker resale world!

A Kick-Ass Sneaker Bot Is What Y’all Need!

Now that y’all know that Jordan 13 Black University Blue will be droppin’ soon. You got any idea how to buy it for retail? Well, whether you do or don’t, here’s what you need to know. To cop the shit outta exclusive kicks, like these, for retail, you gotta have a sneaker bot. But since this is a Jordan release, what you actually need is a Nike SNKRS bot. It’ll help you cop Nike and Jordans with the highest of chances. However, you must know that not all Nike sneaker bots are good at what they do. More like you won’t find a bot like TSB no matter how much you look. It’s literally one of the best on the market. And we ain’t saying that without proof, of course! Proven success is on the platform, so all would know what they’re investing in.

That’s not all! You can cop off any Nike sneaker you want, from over 50 regions worldwide! Now, regarding the price, you might be expecting us to hit you with a four-digit number or something. But that’s far from the truth. TSB usually retails for $300/year. And if you got to read this shit at the right time, you’ll be one of the lucky ones that got the news of TSB’s Black Friday sale! Crossing out that $300 sign, The Shit Bot is now retailing for $200/year, shitfam! This once-in-a-lifetime opportunity won’t happen twice. So, make sure you make up your mind before that sale sign’s down.

Click down to learn more about TSB, and get it as there’s no turning back the hands of time peeps!