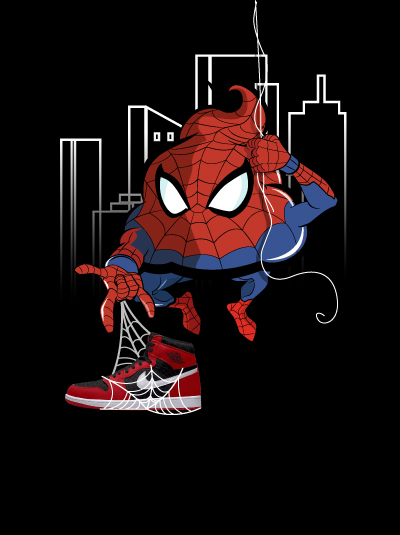 If Spider-Man is a sneakerhead, he’d definitely be flexin’ Jordan 1s 24/7. Here’s all you gotta know about Jordan 1 Spiderman!

Y’all’s spider-senses tingling? Well, they definitely should ‘cause your intuition is right. There definitely is something sus here. Don’t worry, it ain’t Nike acting up on its reseller-restriction shit. It’s the good kinda suspicion if there’s any. Uncle Ben once said “Remember, with great power comes great responsibility,” and he can’t be more right. Let’s take a break from that dramatic pause, ‘cause we gotta say Jordan Brand can relate to that statement as heck.

The brand is going beyond the limits with ‘em stretch-outs to offer the industry dope masterpieces. Every drop and each new colorway is a reminder of why the brand thrives more and more every day. And now Jordan Brand even reached the Marvel world. Not once, but as of 2023, it will be the second spidey-collab. Now, what’s a better way to go across the Spider-Verse than rocking Jordan 1 Spiderman?

So as news is still fresh, we still don’t know lotta shit about this drop. Even the design ain’t yet official. But a mock-up by zSneakerheadz gives us an idea of what’s about to drop. The base features a black colorway covered in white spidey webs, as a nod to the upcoming movie. Red overlays the toe caps, eyestays, heels, and rubber outsoles. White contrasts against the daring red by accenting the Swooshes and the Wings logo on the lateral sides of the heels. 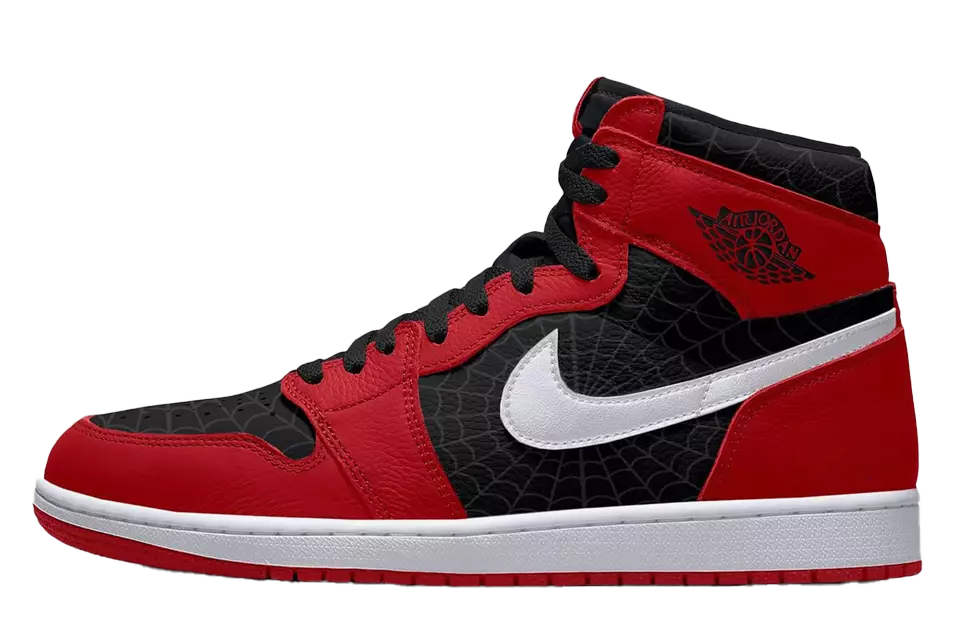 Gotta give credit to zSneakerheadz ‘cause kicks are lookin’ more than dope. It’s the twisted-color version of the 2018 pair. If you weren’t here back then, Jordan 1 Retro High OG “Origin Story” had a white leather base overlaid in black and white-dotted red.

Design ain’t the only thing that ain’t revealed yet. There’s also no specific date for the release of Jordan 1 Spiderman. However, the movie’s date is set to arrive in theatres on June 2, 2023. So, it would make sense that the kicks drop on that same day. And if the upcoming Spidey Jordans are anything like the older pair, they’ll probably retail for $180.

Now that we’re done with all that basic stuff, let us skip to the exciting part. You got any idea how much money the Origin Story Jordans are making on the aftermarket now? They’re reselling for $833 on average! You thinkin’ what we thinking? You can be thousandaires in no time if you get to cop ’em kicks for retail. So, if you didn’t get a chance to cop this in the past, why not start studying the tactics now?

More about the Air Jordan 1 spiderman

Let us do the honor of introducing you to the perfect strategy for copping limited-edition kick! First and foremost, you gotta have the dopest Nike sneaker bot out there. Getting TSB would be you hitting the jackpot. It’s the ultimate sneaker bot when it comes to Jordan and Nike releases. It’s devoted to these two brands. Not only that, but TSB helps you cop ANY sneaker you want from over 50 regions worldwide.

And here comes the best part. It costs you $300 PER YEAR! Meaning that you can keep your bot running nonstop for 365 days. But always remember that a good bot requires a kick-ass server, Nike accounts, and great proxies for higher chances at copping the shit outta Spidey-Jordans, or any kicks that is. Also, you must note that nothing is ever guaranteed in this industry. But that doesn’t mean that your chances are slim one bit as long as you got TSB by your side!

Wrapping things up, if you’re looking for earlier approaching releases, you can check Travis Scott Phantoms. A hint: they’re making thousands on the aftermarket.