Jordan 1 Mids have so far represented this year! With Mid Milan and WMNS Multicolor. Which also made it on the 2020 list of best Jordan 1 colorways so far! Not to forget Sheila Rashid’s Chicago-inspired Purple Mid! And now April is wrapping up with a mismatched surprise: the Jordan 1 Mid Nike Hoops! In tribute to Nike Basketball’s 1972 inception. What with Kobe Bryant’s tragic passing and LeBron hitting this year’s NBA 2K20 with a 17. This one’s got to be riled up with fearless energy to prove that opposites attract! And with the latest Nike Dunk High Pro in Purple Haze switching the Skunk Dunk scene, we’re thinking it’s become a Nike trend to flip colorways!

The Jordan 1 Mid Nike Hoops displays a classic white leather base. With what appear as faded translucent blue overlays on the toe box and side panels. Similar to the Zoom Racer Blue. Pretty slick representation of “Air” Jordan, if that’s what you mean fam. Now the right shoe has a green outsole and purple Swoosh, and the left shoe the exact opposite. It’s kind of like catching the twin vibes of the Air Jordan 1 Pine Green & Court Purple. The insoles, on the other hand, are a non-faded version of the translucent blue. With “Bring Your Game” and “Tuned In” shown cycling around the Jumpman logo at the center. And finally the right outer heel area displays “Center & Breathe” whereas the left area switches it into “Breathe & Center.” Catch the Jordan 1 Mid Nike Hoops on April 30 on Nike.com for a retail price of $125. 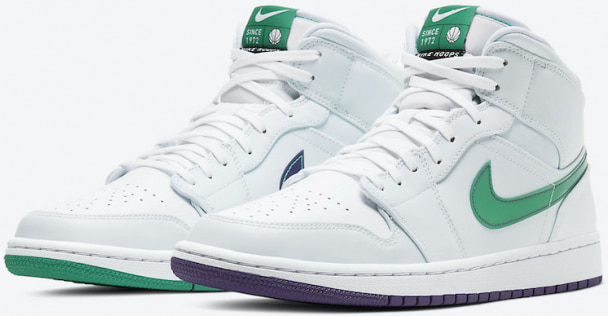 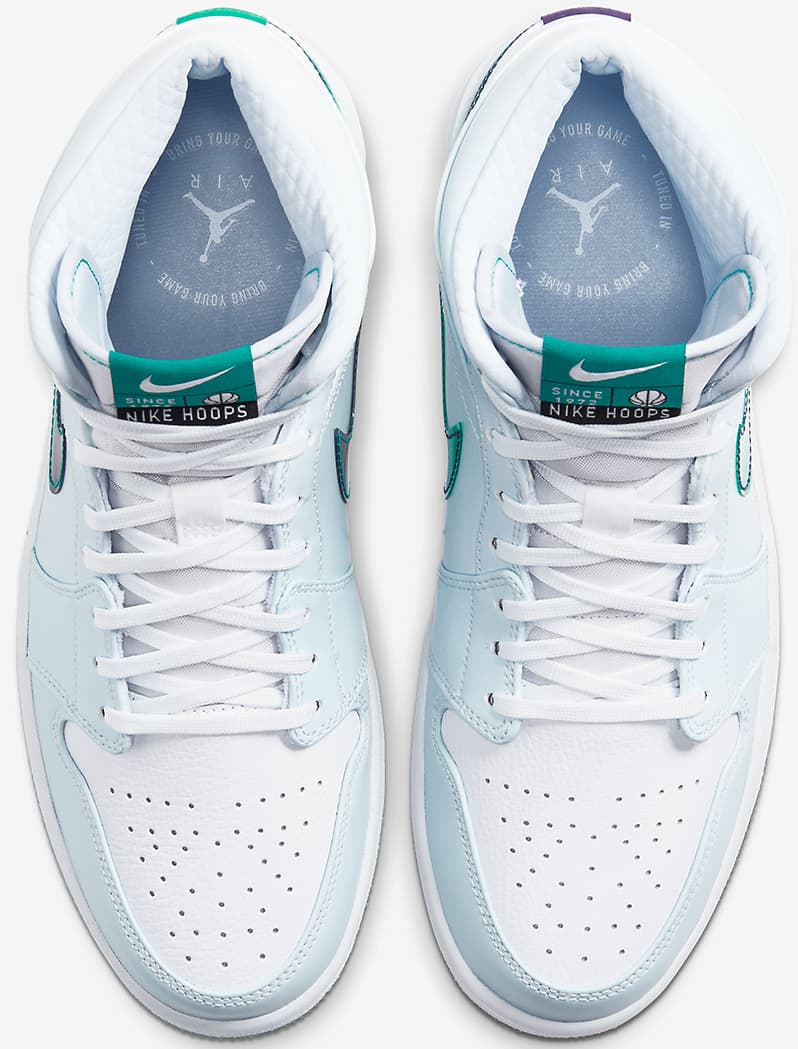 Cop the Nike Basketball Tribute as an April Farewell!

Dropping at a retail price of $125 is standard Jordan 1 Mid. But you’ll be copping this rebellious tribute to Nike Basketball at that price. No strings attached. With the outer finesse of Racer Blue and the mismatched identity of two classic Jordan colorways, this Jordan is one-of-a-kind. And one-of-a-kind is the resale market’s Friday night! So join willpower with the best Nike bot to cop this iconic Jordan on the last day of April.