Our main man MJ gave a deadass speech back in 09 about fear being an illusion keeping us from the important shit in life. Well it sure hit Nike’s soft spot! Which led to the series of fearless Air Jordan 1s, or since we ain’t gonna be sneaky about it: the “Fearless Ones.” Jokes aside, this Air Jordan 1 Zoom Fearless in Racer Blue releasing on March 14 made it to the top list of kickass Jordan releases in March 2020! We ain’t playin’ with your feelings, fam. You better add this one to your Yass list! Or else it’s gonna march its way right out of your life. 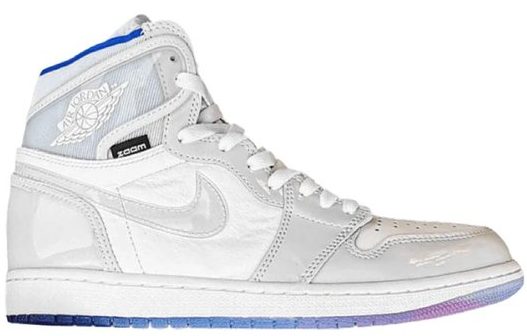 So remember the AJ1 Zoom “Fearless” from last year? Yeah well, to cut to the chase, racer blue is the new iridescent black. How do you like that? And for a retail price of only $175. This upgraded version of the Air Jordan 1 Zoom Fearless takes on a white and grey color display with a racer blue inner liner. Right underneath that, the sneaker shows off some wing action with a translucent collar panel with the “Wings” logo. Pretty fly. The outer is made from a combination of leather, mesh, and let’s not forget what we cannot pronounce: thermoplastic polyurethane overlays or TPU, if you’re interested in maintaining your sanity every time you’re urged to say it. Right, and they’re translucent. We got you. 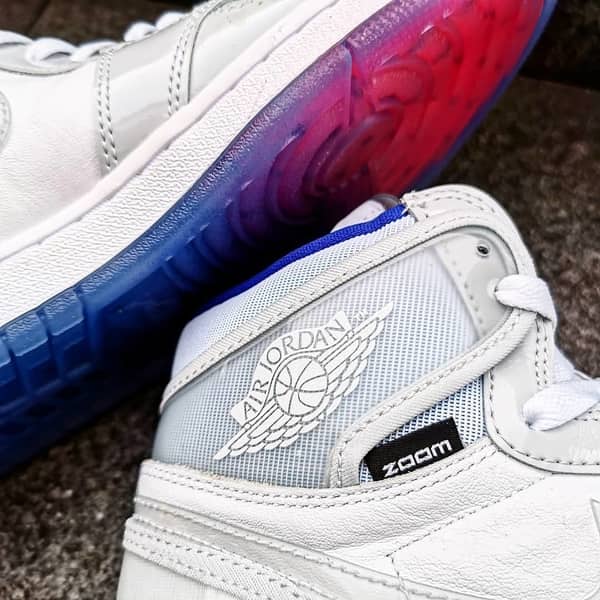 So, obviously, the sneaker is bound to have the “Zoom Air” branding on the tongue and insoles. You will also find a “Zoom” tag on the lateral side. Now how about we actually zoom into what that Zoom feature is all about? It basically sets your motion on Cloud 9. We mean that as literally as possible. The dopest way to explain this technology is that a bunch of freakishly strong fibres come together in the form of a freakishly bouncy cushion. In other words, your feet will rest on that blue-chip goodness and the rest is – well, the rest is victory. Or liberty. Whichever works better. Although, liberty is more victorious than is victory liberating. At least that’s what your feet are thinking.

Fam, you got this. We both know you’re not gonna regret this copping situation. An extra to the “Fearless Ones” is kind of like an upcoming season to your favorite Netflix series. It’s impulsive that you add it to the list! And with a resale price starting at $330, it’s without doubt worth your attention. Whether in Paris or Milan, or anywhere else on the planet, TSB is the newest and fastest Nike bot you’re gonna want to have by your side!