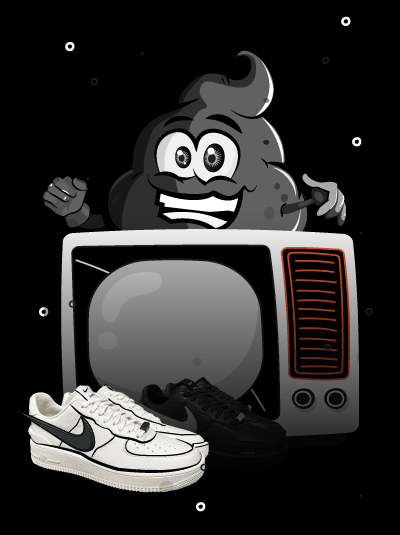 New Year is on fire from now y’all! Although December is still full of cool Jordan drops, Nike’s been promising us one dope 2023 release after the other. Now, we can’t say we’re complaining. Not in the least! The latest of these promised drops is a black Ambush AF1. The Swoosh has been practicing balance well these days. It be designing the best sneakers on the market one moment while filing lawsuits the other!

Now before we get into the real talk, as the holidays are now around the corner, you might be looking for Christmas gift ideas. And the reason you’re still LOOKING might be ‘cause you got a picky sneakerhead in your life who likes nearly nothing. Unless it’s a limited-edition release or some kicks that are now reselling for several figures. So unless you’re down to buy them expensive kicks, you could refer to this sneakerhead gift guide for some ideas!

Black Ambush AF1: You Can Never Go Wrong With A Classic Look!

You thought shit would stop with the green and blue ambush AF1s didn’t ya? Well, you thought wrong! To all Nike x AMBUSH fans, good news is here. You’ll get to add the white and black Ambush AF1 to your collection.

Black Ambush AF1 features a premium leather base with black overlays. Signature white oversized swooshes take over the sides of these AF1s, contrasting against the black in the best way. You can never go wrong with black x white styles. But a black and white Air Force 1 adds a touch of uniqueness to what you thought was ordinary. White AMBUSH and Swoosh brandings take place on the tongues. Both black and white pairs have 3D-printed AMBUSH logos on the heels, as well as “AF-1”  3D lace dubraes. Finally, the kicks will come in co-branded packaging.

All We Know About ‘Em Kicks!

The black Ambush AF1 will debut sometime during the Spring of 2023. It’ll also retail for $190. And let’s just say that whether you’re in it for the flex or the flip, you gotta decide if you wanna risk it all and get the kicks for resale. With StockX removing authentication tags and Nike accusing it of selling ripoffs, shit surely doesn’t look as promising as it did before. So what do y’all do in this case?

You buy your sneakers for retail, of course! And the way to do that is by having a kick-ass sneaker bot. Now, if you’re only aiming for Nike and Jordans- a smart aim- you gotta have a Nike bot. If you’re wondering if there’s such a thing as the best SNKRS bot in the industry, let’s tell you that shit does indeed exist! And it’s literally within your reach. Let us do the pleasure of introducing you to The Shit Bot. The shittiest dopest bot can help you cop from 50+ regions worldwide! The best part? You can subscribe to TSB for a whole complete year, all while paying only $300!