This limited Jordan 4 Fire Red got us stretching past Halloween Nikes to Black Friday kicks! Because when flexing our glow-in-the-dark sneaks grows outdated (and it’ll happen soon), we’re in for the next big thing: Black Friday. Also known as the GOAT discount day of the year and an occasion worth upping your bot set for. This year it’s set on November 27th and will most likely take place online as a safety precaution against COVID-19. Lucky for TSB coppers, scoring Nikes and Jordans has become a smooth poo of a process. And since we aspire to invite more sneakerheads and Nike lovers to join our copping game, we might put out a little treat just in time for Black Friday. So, keep posted @The_Shit_Bot and leave the surprises to us.

Huddle up Nike fam because this is guaranteed to blow you away. You know how we sometimes like to fire up conspiracy theories when our guts twitch? This ain’t one of those times. Before the upcoming Black Friday pair, 3 official releases of the Jordan 4 Fire Red have taken place in history. Cool? The OG pair first dropped in 1989, the Mars Blackmon edition in 2006, and the latest Retro aired in 2012. Recall a SUPER HYPED Nike sneaker with a similar release pace? Time’s up. It’s the Nike Air Mag!

It first debuted in Back to the Future II in 1989, Retroed for the first time in 2011, and released a third time in 2016. How cool is this comparison! Heck and if we hadn’t recently published a post on the Nike Adapt BB Air Mag, we probably wouldn’t have realized this similarity. Good to know that Nike and Air Jordan have been plotting against our nerves for years. 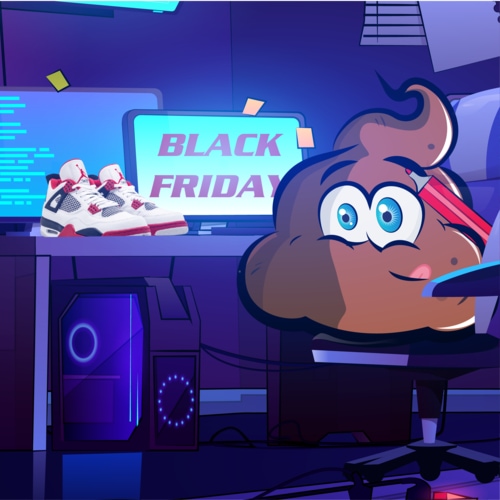 What Are Jordan 4 Fire Reds Worth?

Although in VERY similar colorways to the Air Jordan 5, the Jordan 4 model released its 3 OG pairs in February 1989. The Fire Red colorway led the group and the Black and Blue pairs followed. Used pairs of the fiery Tinker Hatfield creation are reselling for $450 on GOAT. The Mars edition however is reselling for as low as $235 and as high as $1,880 if we’re being totally honest. Since sneaker reselling does not follow a fixed set of rules. But if it has to stick to an average value, it would be around $500. Which is a pretty good sequel to the $450 reused OG. And finally, the latest 2012 Retro is as “ya basic” as it gets, but it definitely gets its Retro definition right. Featuring the Jumpman logo, this last seen pair is reselling for $400 on average. Which puts all 3 in the same value range and keeps things tidy. 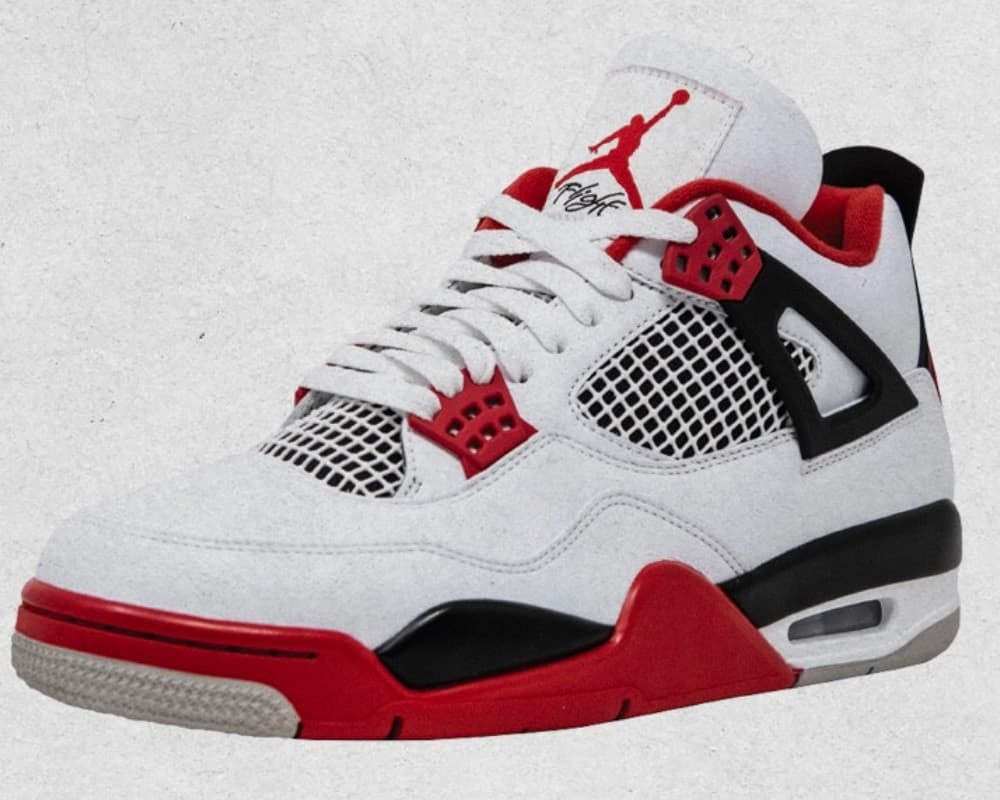 We’d like to think of this upcoming pair as the Jordan 4 Fire Red 2.0. It’s been eight years since the last Retro drop and 2.0.2.0 should be teased into it somehow. So, the kicks are also pretty basic. They follow the same design and color scheme as the previous models. With the emphasis on the “Flight” text on the tongue underneath the Jumpman logo.

Expect the 31-year-old rejuvenation of an underexposed OG to drop the day after Black Friday this year in all family sizes. Exciting! The retail price is fixed at $200 for all sizes. So, keep posted for updates regarding that since it might be subject to change. The Jordan 4 Fire Red will release in Europe and Asia on November 27 and in the US alone a day after on the 28th. You’re probably gonna have to pay the full bill to take this one out, but it’s not like you’d rather stay home alone instead, right? 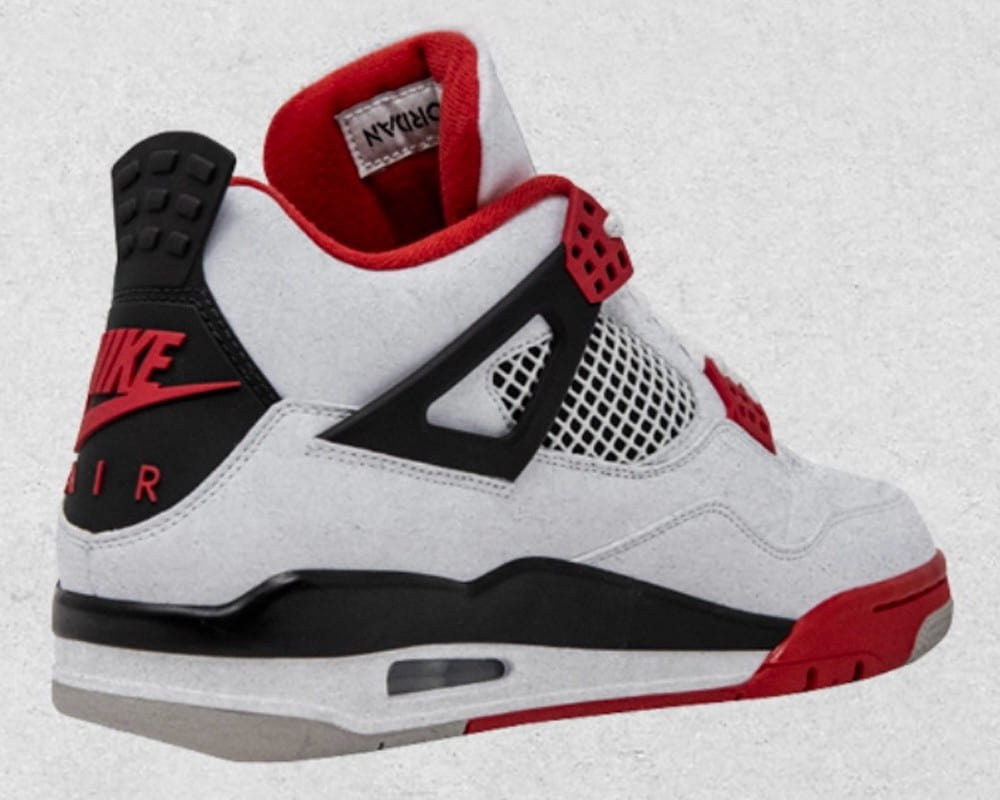 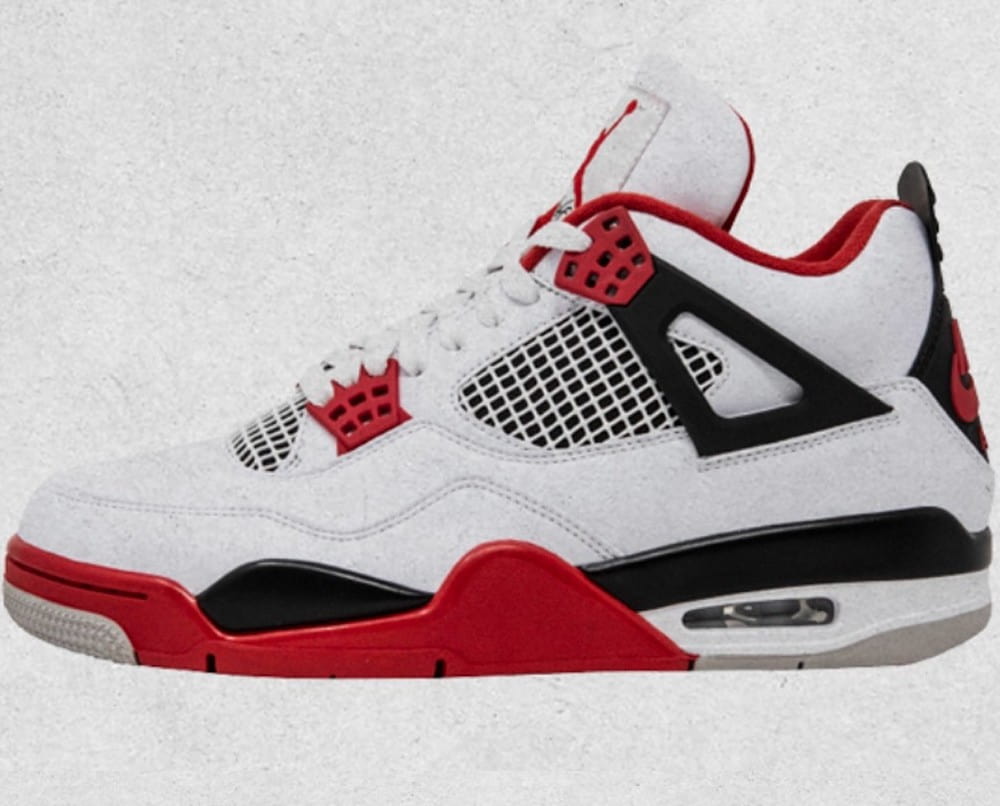