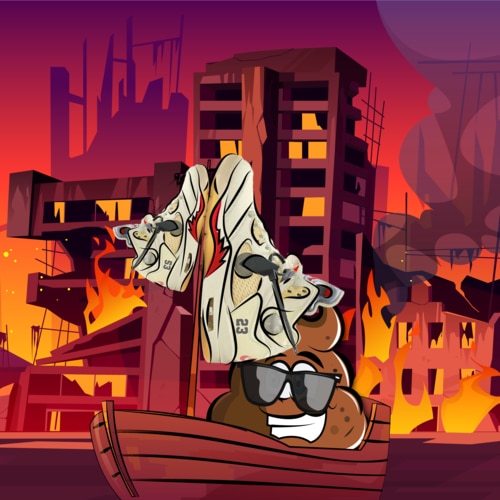 Set Fire to the Rain With Yours Truly

With the Air Rubber Dunks setting October off to a thrilling start, this shady list of Halloween Nikes is sure to end it with double the excitement! So, if you’re a shitless roam-antic struggling to get your hands on hyped kicks, stick around @The_Shit_Bot for the chance to win an official copy. This is the shit you need to consistently cop Nikes and Jordans fresh at retail. And you can take that, along with your money plan, straight to the bank.

Off White Air Jordan 5: Tongue Down Your Throat?

This collaboration looks awfully familiar, doesn’t it? Well, that’s because it swallowed up the selling feature of this year’s Jordan 5 Fire Red Retro: its silver tongue. And with the regular Jordan 5 Fire Red barely making it above retail on the aftermarket, the Off White sneaker is crushing it at an average $2K. This situation sums up the brutal reality of the sneaker business. Where two sneakers can share the same brand, history, and design motive, but one will outdo the other by hundreds of dollars just for having a more appealing title. Which in this case is the deal-breaking “Off White” label. Vanilla can’t exactly be expected to compete with Chunky Monkey now, can it?

It’s only been a few days since TSB copped a shitload of Air Rubber Dunks. And we’re already getting ready to score you another Off White Nike collaboration. It’s sick, as in dope, what sneakerheads are willing to sell and pay for these kicks. Except, they’re coming off as pretty sick, as in death bed ready, as well. The combination of the sail cover and translucent yellow underlays just cries out dying pale! At least the Jordan 4 Sail patched up elegant tones of this popular sail colorway to maintain its glow. But remove the silver tongue and red finishing marks off this one and you’ve got yourself a sneaker blueprint. Except, this may be Virgil Abloh’s intention. Because that’s the thing with artists: they feed off imperfections and call it art. And who’s to say it isn’t when the whole world is stumbling for a piece of it? Heck, that’s the reason the bot industry exists.

So, expect the Off White Air Jordan 5 “Sail” to drop on October 24th at 10AM EDT for a retail price of $225. And to better prepare for what’s coming this year, here’s a list of the most hyped Jordans that dropped in the past nine months. 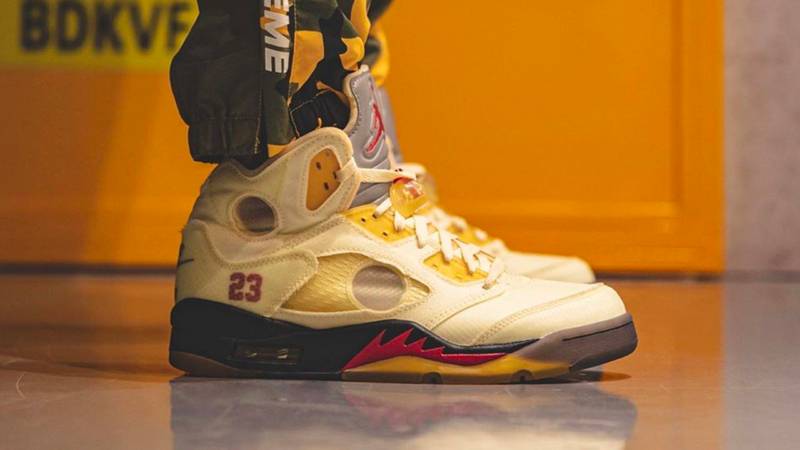 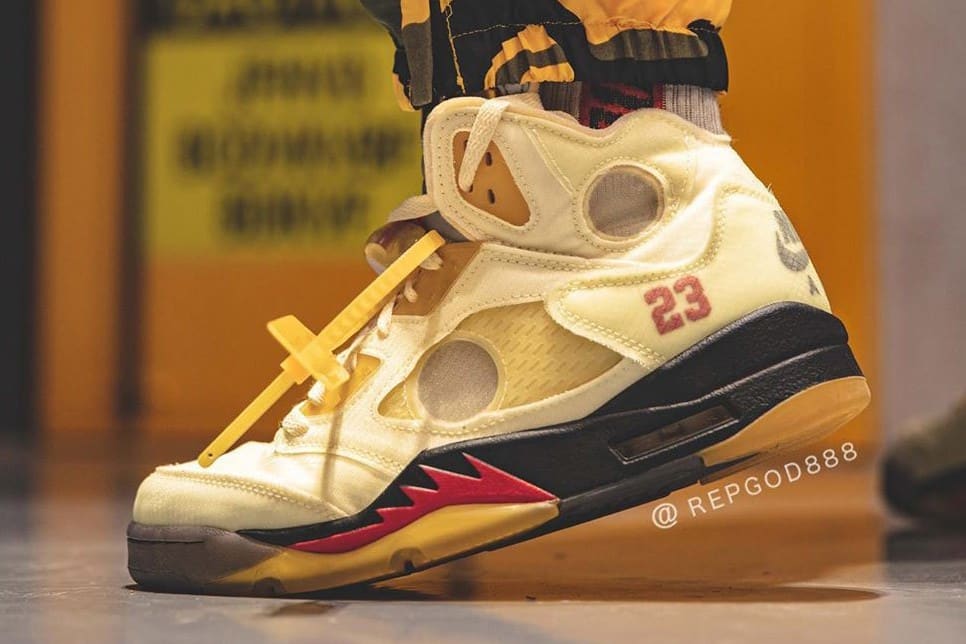