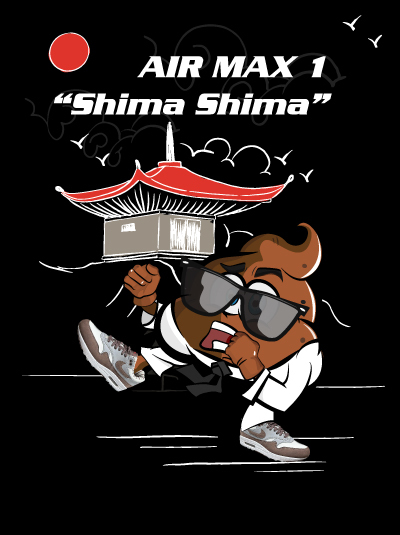 Since we’re bringing back dope collections that include Air Max 1 Shima, we can safely say that we’re loving 2023! Let’s hope that this year’s news would comprise great drops and collabs. Nothing like what 2022 served. And peeps, we do have hope. For one, Yeezy innovation lab will start production soon. All we can say is that we’re trying sooo hard not to get too excited. Shit won’t end well, then…

Two decades ago, the “Shima Shima” collection made it to the sneaker market, after passing through every sneakerhead’s heart. The collection combined three styles: Dunk High, Air Trainer 1, and Air Max 1. The Swoosh already revealed Air Trainer 1s in memory of the Japanese-inspired pack. And now it’s extending its treatment to Air Max 1 Shima as a celebration of the collection’s 20th anniversary.

The upcoming kicks will feature similar earthy tones to 2003’s pair. But the colorway and the style  themselves are a lil bit different. It’s like the Swoosh took inspiration from the old pair to add it to the new one. Paying homage to oldies, yet being creative enough to come up with new styles. That’s Nike for ya.

So,. this Nike Air Max 1 will come with a sail base, overlaid in grey panels. As part of its color-blocking theme, Baroque Brown covers the mudguards and Swooshes. As a nod to its inspiration, you can find red Japanese text on the tongue labels. So, if you were a sneakerhead back in 2003 and took a huge L trying to score them kicks, now’s your time to shine! 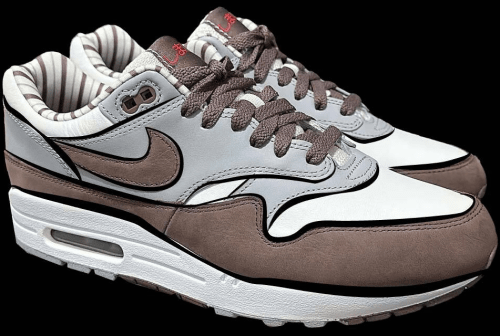 The new Nike Air Max 1 Shima Shima in all its earthy-toned glory will drop… sometime in 2023! We know, we know. Hang in there peeps. Although we still got no release deets yet, we got you another thing to keep you more than interested in them kicks. A resale value! These sneakers already dropped in 2003 ya know, so that’s something we should go back to. Not to drag shit on more than that, but these Air Max 1s are making resellers $512 on average on the aftermarket! Know what that means? It’s a win-win situation whether you wanna flip or flex them. So, how exactly do you catch ‘em for retail? Again, we got you fam. Just read on.

How To Catch Nike Air Max 1 Shima Shima For Retail?

Soo, these babies will drop on Nike SNKRS. And y’all know how shitty these drops get. Therefore, if you’re aiming to catch Ws, you gotta learn all the ropes of the game. And half of them ropes depend on you finding one of the greatest Nike bots. Exactly like TSB. That’s why you gotta make sure you get your own copy for an affordable price: $300 per year to start cooking all that good shit!

However, you must keep in mind that this type of cooking requires you to get the best proxies and Nike accounts. What’s mentioned here is the essence of the botting game. Which helps you kickstart that reselling business you’re aiming for… if you wanna make some cash, that is! Good luck shitfam!