Air Jordan 4 is next down the success line after the Jordan 1 silhouette this year. We’re in constant psyche mode about upcoming drops. And hype collaborations like the recent Off White and UNION LA. We’ve also been flashed by the Jordan 4 Metallic Pack earlier this year in May. And only three days ago, the Jordan 4 SP Pine Green gave us a whiff of the classic Jordan 1 colorway. September’s starting off big this year with a Jordan PSG collaboration. Which was Jordan’s first football club partnership back in 2018! But the colorway suggests a revamp of the Paris team’s blue and varsity red logo. Instead, we’ll be landing right at the heart of Bordeaux with the Jordan 4 PSG.

This isn’t the first Jordan PSG collaboration we’re excited about. Nor is it the first Paris-inspired Jordan. The Jordan 5 F&F dropped in September 2018. And that chunk of baguette is reselling for $2K on average on GOAT! A black version dropped alongside it with the rest of the Jordan PSG collection. But take the exclusivity of an F&F out of a pair, and you’ll have it reselling for $285 only! Same goes for the also “Paname” labeled Jordan 6 of 2019. Reselling at 5.3% price premium only.

But the Jordan 4 sneakers dropping soon will be ditching the red accents and the blues. To instead dip into some good old fashioned fancy French red wine.

Also featuring the collaborative “Paname” label, the Jordan 4 PSG adopts 4 colors: black, grey, white, and Bordeaux. White leather sets the base as per usual and a neutral grey lines the toe box. Black and Bordeaux go hand in hand on the midsole area and eye stays. But the absolute best part is the heel! A circular Jordan Paris Saint-Germain badge sits on a bordeaux rubber heel. Giving away the identity of the sneaks straight up from the back. 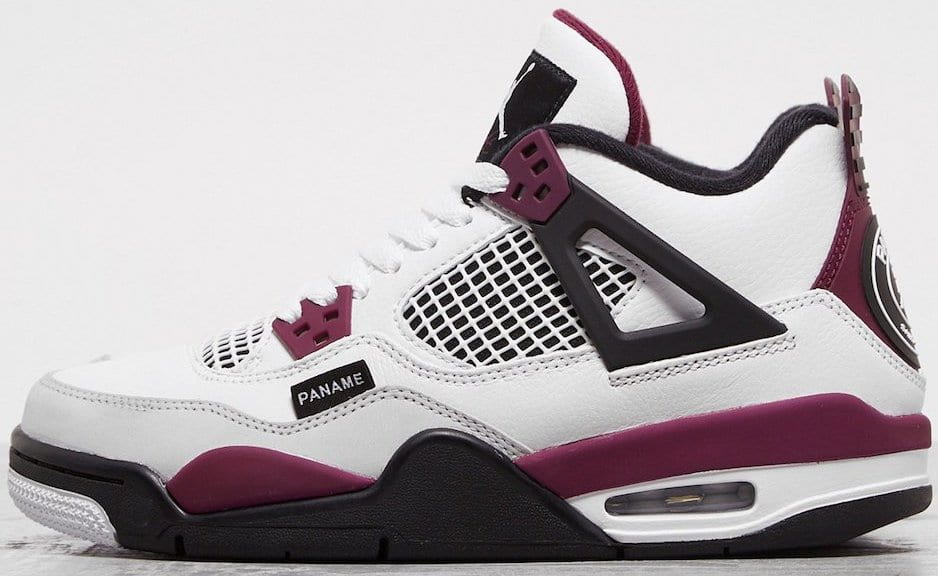 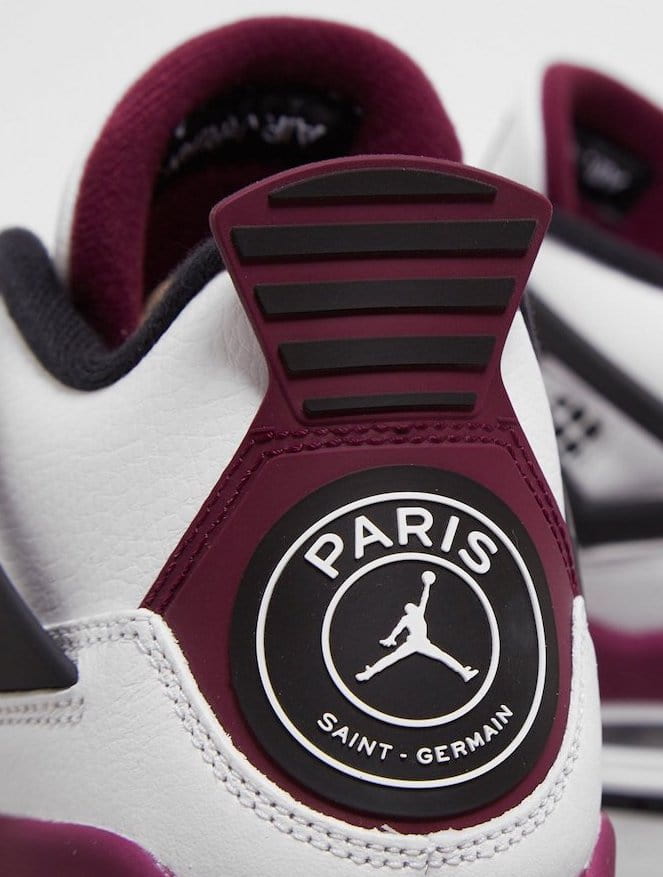 The Jordan 4 PSG drops on September 1 at a retail price of $225. TSB is currently the best Nike bot in the market, dominating Nike and Jordan releases. So, keep locked to @The_Shit_Bot for generous giveaways. You never know when you might have the chance to own an official TSB copy. It’s worth a try if you call yourself a serious copper.