The OG 11 Concord, also known as Black Stripe at the time, was worn by MJ in NBA 1995. And 25 years later in 2020, the women’s sneaker culture is getting their share of the male dominant sneaker. With the Jordan 11 Low Concord dropping on June 18. But the Jordan 11 Low Bred or Bred Concord is pulling back some strings on girl power. For equality, nothing more. The OG 11 Bred was released in 1996 and won MJ his fourth NBA title with the Chicago Bulls. Some pairs have survived these 24 years and are reselling for $600 on average on GOAT. Several Jordan 11 Retros have dropped ever since in appreciation of the Bulls colorway and MJ’s memory. But among the ones who’ve stood out is the 2019 comeback! Which dropped not so long ago in December with an average resale value of $300. 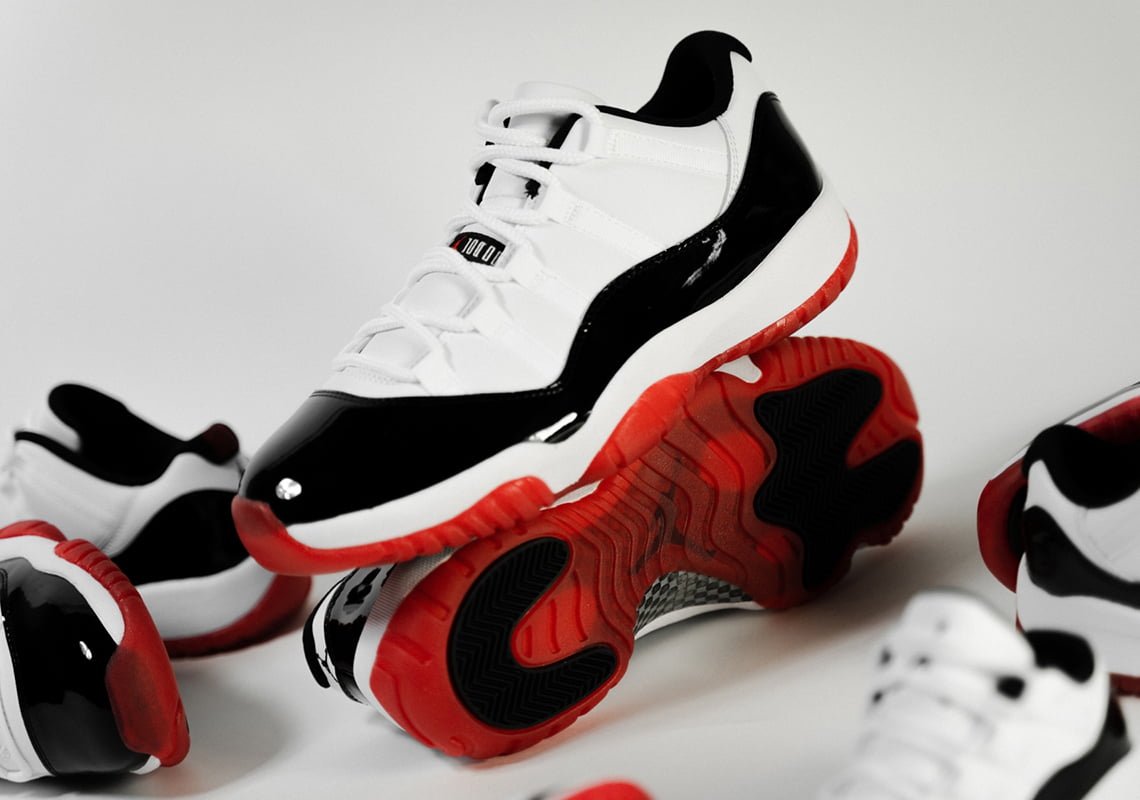 To catch up on the Bred colorway legacy, get ready to catch some numbers. It’s simple. Out of the best Q1-Q3 Jordan 1 colorways, 3 out of 15 are Breds. And from the top Jordan Retros you should own, 3 out of 5 are also Breds. This is our way of telling you that if you don’t have a Bred Jordan Retro, don’t bother calling yourself a fan! Or a sneakerhead for that matter. It started out with the first Jordan 1 85 and it continues till this day. What’s catchy about this Retro is that it combines the Concord upper with the Bred lower. Bred Concord style! Expect this legacy mashup Jordan 11 Low Bred to drop two days after its Concord fam on June 20. Although it’s set to release today in Europe. In all-family sizes for a retail price of $185. 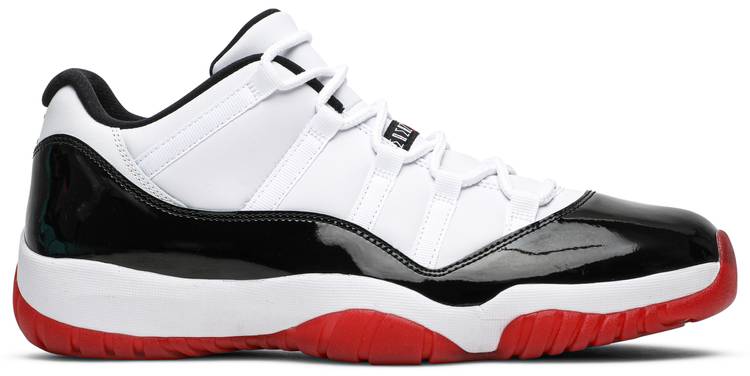 So far its resale value is only about $300, but can you imagine reselling Bred and Concord together when the prices kick up?! There’s only The Shit Bot to keep up with your sticky aspirations fam!