The Upcoming Sneaker Releases for the Final Air Jordan Cop of the Year!

As we write this now, your hands are probably full trying to cop a Yeezy of some sort. And when you’re done, you’ll barely have a few hours of rest before the last of December’s Air Jordan releases kick in! This is the last month of the year, which means this is your last chance to cop! We already had some awesome Jordan drops this month, like the Fearless Ones release! And we got more to come. So, mark your calendar and get your sneaker bot ready to cop the Air Jordans’ upcoming sneaker releases!

The Legend of the Upcoming Sneaker Releases! The Air Jordan 11 in Bred!

The Air Jordan 11 is about to make a comeback people! It’s about to return 23 years later in the legendary Bred colorway that we all know and love! It’s back in full-on black patent leather and red rubber outsole, with some ballistic mesh on the upper for breathability. This is the first sneaker to drop in this December lineup. In fact, it drops in 2 days! So, you gotta get to copping! You can buy it off nike.com for 220$. This might be one of the most expensive AJs, but they fire! 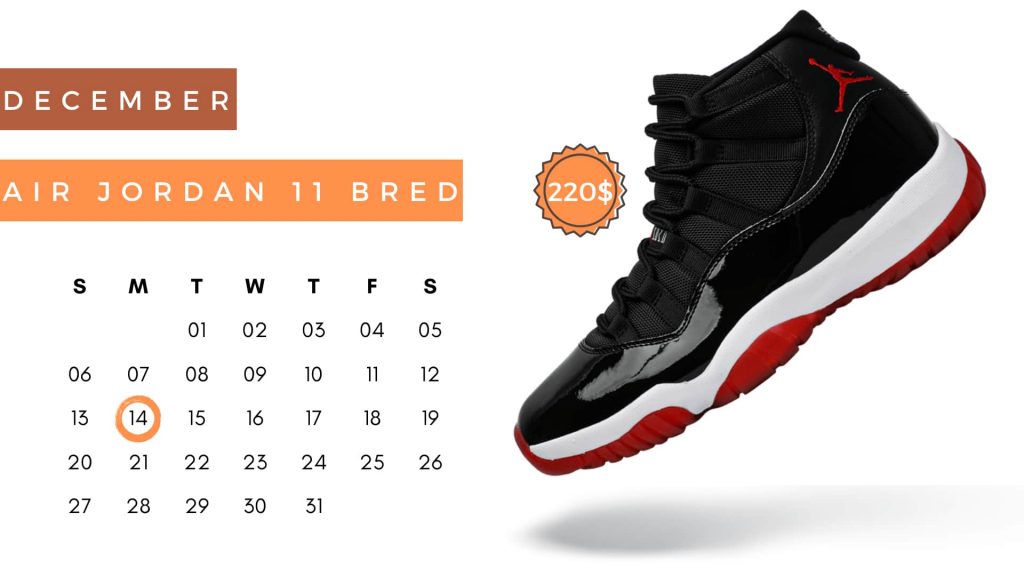 It’s Sneakernstuff’s 20th anniversary! And what better way to celebrate than a collaboration with Nike Air Jordan on an Air Jordan 1 sneaker release! Two decades after opening, the brand is busy working on a full pack of Jordan exclusives! The Air Jordan 1, the Mars 270 and the Proto Max 720! They symbolize the past, present, and future of the brand! The AJ1 comes in clean grey and white with doses of red at the top to create a nice cut and contrast. It drops on the 18th of December for 140$. 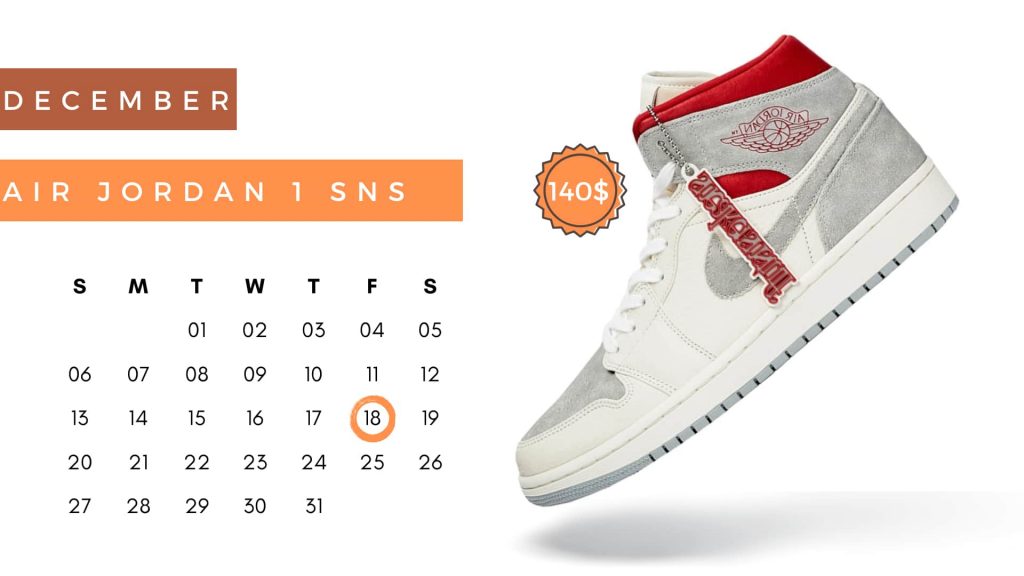 Winter Is Coming? Yeah So Is The Upcoming Sneaker Release Of The Jordan 4 Winter!

Winter’s pretty cool. Literally. But, it ain’t cool when you’re wearing an all-white sneaker. Rain, snow, and mud don’t go with a brand new sneaker! Unless it’s a sneaker that’s ready to take on Winter like a savage! And the upcoming Air Jordan 4 is just the sneaker for the job! For starters, it’s blue with bits of red. So, you don’t really have to fuss that much about cleaning your Jordans. You just give it one look and think ‘Winter’. It even has wool on the tongue liner which makes it extra cozy. This warm-looking sneaker drops on the 21st of December for 200$. Or, if you don’t want to dish-out 200 bucks for this sneaker, you could always go for cheaper ways to keep your sneaker safe! 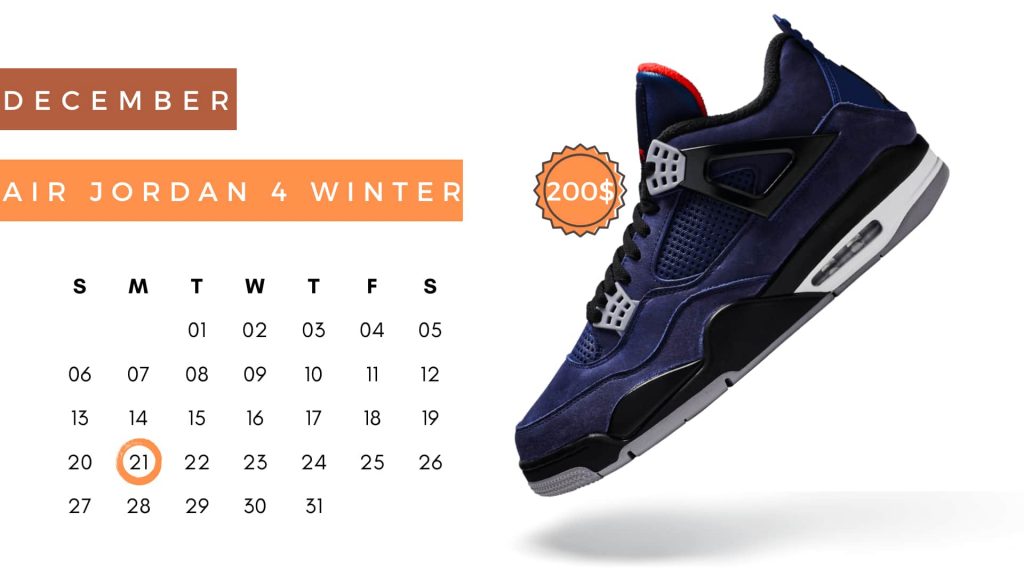 So, this Jordan is made out of washed denim. That’s basically it. It says so in the name. It’s literally washed denim! Two different shades of denim actually. It even has the back leather patch on the laces which gives the whole sneaker the ‘back pocket’ kinda look. We got mixed feelings about these sneakers! And, finally, we have black and white rubber outsoles to finish the whole look, with the signature red Jumpman on the bottom. This AJ drops on the 28th of December for 200$, just 3 days before the end of the decade! 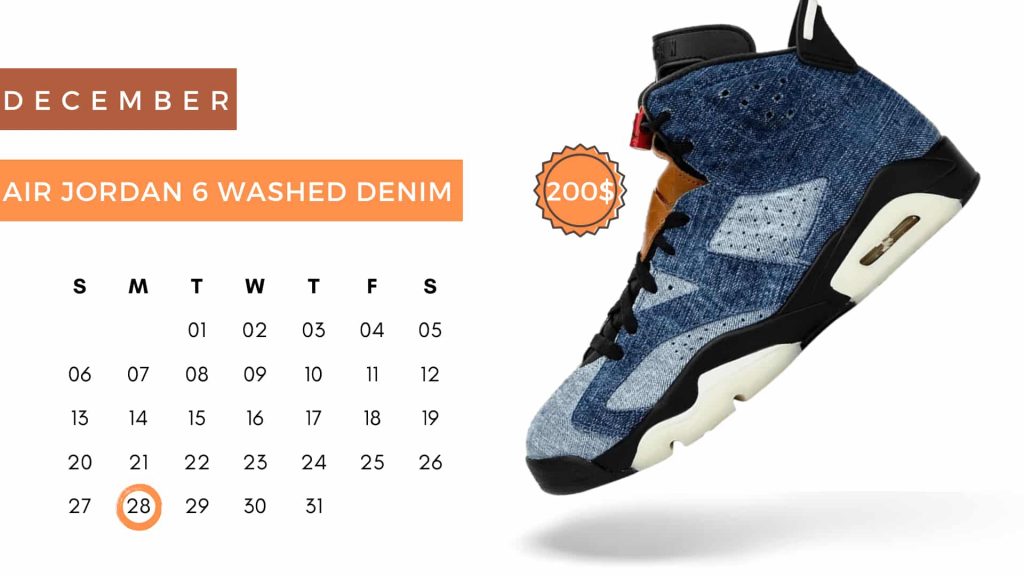 So, that’s it for the upcoming sneaker releases with the Jumpman! Make sure you mark your calendars so you don’t take an L before the year ends! And, make sure your bot’s ready to cop! The decade might be over, but the new year promises some pretty awesome sneakers too! But, in the meantime, let’s focus on copping these kicks while we can!