The Women Sneakers Culture: She Breaks the Rules

So, let’s just be real for a moment. Women in sports and athletes don’t get enough credit. Heck, even the women sneakers culture almost doesn’t exist! And we’re not talking about having sneakers in women’s sizes, we mean having sneakers designed for women!
Seriously though, how many male athletes with signature sneakers can you count?
Former NBA superstar Michael Jordan with his legendary Air Jordans. Professional basketball player Lebron James with the groundbreaking zoom technology, the Air Zoom Generation. Even the famous tennis player Stan Smith also had his own Adidas named after him.
The list goes on and on.

So there’s Sheryl Swoopes, probably the greatest female ballplayer EVER, with her Air Swoopes. There’s the WNBA MVP and four-time Olympic gold winner Lisa Leslie with the Nike Air Max Highup. And then there’s Dawn Staley, WNBA rockstar, with the Nike Air Zoom S5. There are still a few more, but like c’mon. None of these women sneakers are actually in their name except for Swoopes! 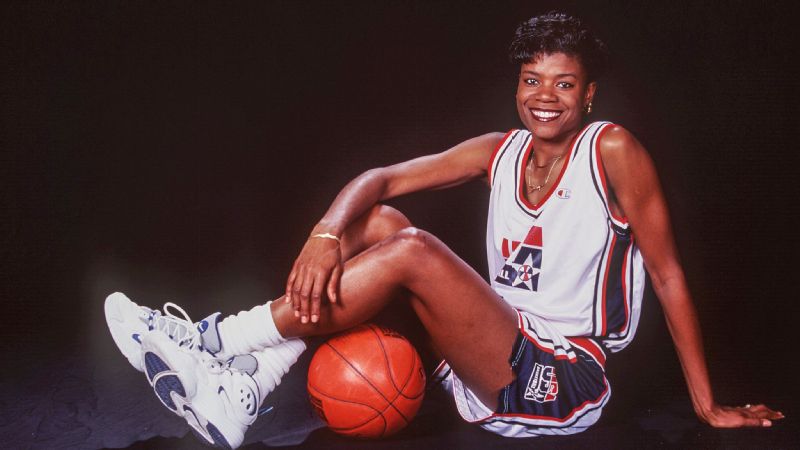 And what about the female MVPs of our day TODAY?

Women in sports is a thing. It exists. And it’s growing. Women play sports and they’re pretty damn good at it too!  They deserve themselves some more recognition! And big sneaker brands like Nike and Adidas are finally starting to see that.

So, these giants both started driving women empowerment movements in 2019.  Adidas started the She Breaks Barriers movement with Stadium which featured the most influential female athletes. Like the first hijabi runner, Rahaf Khatib. Or the sports analyst Maria Taylor. USA Hockey member Kendall Coyne Schofield and USWNT Becky Sauerbrunn were also featured. All are women who break barriers. They break the rules. They empower young girls and each other.

Nike boarded that train way before Adidas. In 2019, they even pledged a commitment to female athletes worldwide to highlight new partnerships with women in sports.
Professional tennis player Serena Williams and Nike campaigned an ad called Dream Crazier which points out how some people first found it crazy to have women in sports. Serena ends the ad saying “Show them what crazy can do”. Chilling! Nike followed this ad with Dream with Us and Dream Further.
So, people are trying to make a change. Who said the world of sports or sneakers has to be gender dominated? We don’t need to push one gender up by stepping on the head of the other. Equality and visibility. That’s all we need.

So we gotta respect the WNBA teams for their savage skills. We gotta build-up the women sneakers culture. And, we gotta drive change for women in sports.

That’s why sneaker brands are collaborating with strong women like Billie Jean, Stella McCartney, Sacai and even The Queen B herself, Beyonce.
And that’s because they know. They know that women sneakers are going to make a BIG blast for the sneaker industry. And soon enough female sneakerheads will be joining, if not straight up dominating, the sneaker reselling industry.

And so, let’s give these iconic women a round of applause and give them some damn signature women sneakers already! They’ve fought for it. They’ve earned it.