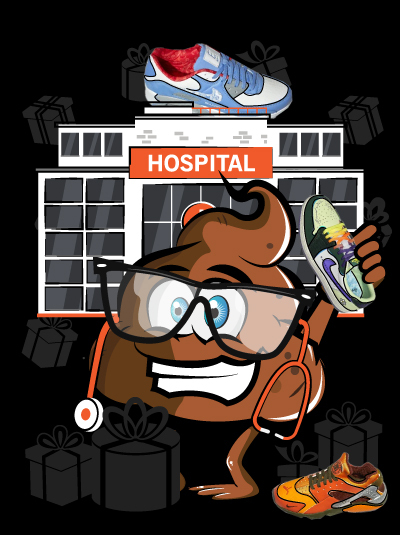 No more behind-the-screens celebrations y’all! This year’s fundraising auction will be taking place in person. It’s quite the change after three years of Nike Doernbecher going virtual. The best part? We finally got a glimpse of the dope Nike Doernbecher 2023 lineup! And all we can say is that it’s lookin’ more than dope!

Count on Nike to take part in every aspect of the community. From collaborating with celebrities and athletes, and raising mental health awareness, to supporting OHSU Doernbecher Children’s Hospital. The Swoosh got it all! And for the upcoming year’s special event, you’d get a look at the most unique Nike kicks, designed by little heroes themselves. So, let’s check out these artworks!

Money-wise, Nike is the most valuable apparel brand in the market. It’s literally the shit! Yet, the Swoosh never fails to dedicate time to support a cause. And most importantly, stay devoted to that cause. And let’s just say that 18 years worth of dedication is proof enough that the brand ain’t giving up on supporting the program anytime soon.

Nike x Doernbecher’s collab dates back to 2004 when the two first joined forces. It became a yearly event that hasn’t let us down once since then. In the span of 18 years, the program succeeded in raising more than 31 million dollars for the hospital. So, how exactly do they do that?

Basically, every year Nike allows a group of patients from the Oregon Health and Sciences Doernbecher Children’s Hospital to design some of their most hyped kicks. As for Nike Doernbecher 2023 collection, a group of six talented fighters will put their special touch on some of Nike and Jordan’s designs.

Starting with the youngest designer, a 10-year-old genius with ambition as his second name. He wants to be “an engineer, artist, designer… and maybe a doctor!” Jaren’s got ‘em all skills, in which he creates, codes, and even builds robots.

You can see Jaren’s vibrant energy and imagination through his design. He chose his favorite athletes’ and siblings’ names to be forever imprinted inside the shoe design. Dragon details and interchangeable patches also pay homage to his Chinese heritage and the year he was born- the year of the Dragon. 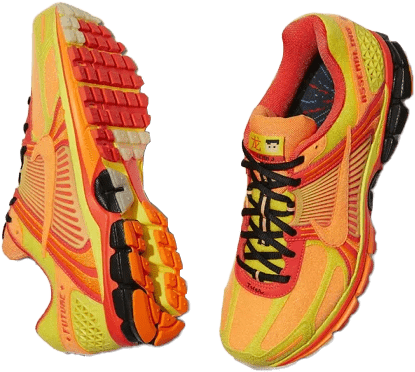 The kicks feature stargazing-like graphics, paying tribute to the time spent with her mother, who donated a kidney when Coley had undergone a kidney transplant. Adding her final touch on the outsoles, you can find “ho mas gi” imprinted. Which is Nike’s famous “Just Do It” message translated into the Klamath language. 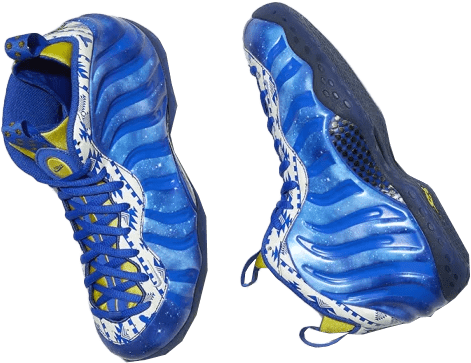 If you ever need a shot of optimism, just refer to Kylee “Cookie” Young! Her joy and free-spirit shine right through her design.

Kylee brought springtime and cookies into Nike Doernbecher 2023 collection .The kicks showcase the 12-year-old’s perfect day, and that is going on an adventure with her family. A unique shoe with so much sentiment! You can find Sun, flower, and most importantly, cookies all over the kicks. Such representations are what bring Kylee happiness. 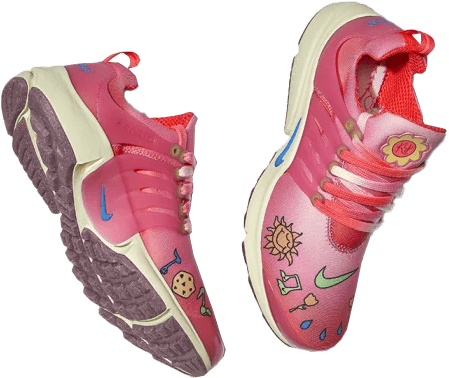 Just like the superhero he is, 13-year-old Dario referred back to his favorite things in life to recreate the Nike Air Huarache in its best version. Who would’ve thought oranges as inspiration would make kicks look this dope?

In addition to oranges, Dario also took inspiration from his long-haired plush toy and his YouTube channel where he creates stick animations. Dario is a tough cookie that has undergone battles with leukemia. Yet he’s stayed strong as ever. “Siempre Fuerte” on the outsoles is proof enough, which translates to “Always Strong.” 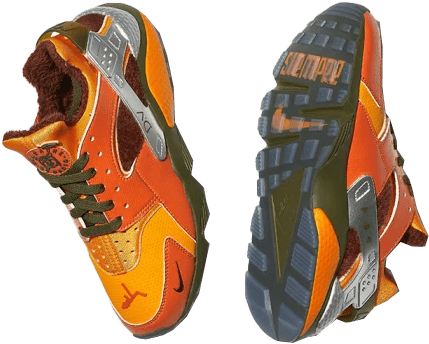 A person with endless positivity. That’s how we describe the 15-year-old designer. Her positive mindset is what kept her so determined and accomplished in her life. She goes by “Brand New Day” as her motto. Riddhi ain’t just a positive mind, but she’s also a kick-ass that earned a belt in Tae Kwon Do.

Air Jordan 1s never looked this colorful and shining with utter positivity. “Brand New Day” on the toe box, daisies on the lateral heels, and colors all over sure are a win! 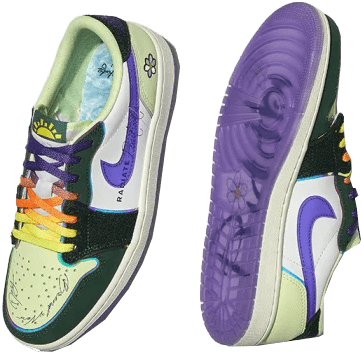 Ending the Nike Doernbecher 2023 lineup with a 15-year-old maths mastermind. His love for video games, and sports are what inspired Emerson’s design. This passionate fighter dreams of becoming an investor in the future. Thus, the money graphics. And judging by his design it wouldn’t take this genius long to become just that. And the best part is that he’s a sneakerhead with his own sneaker collection. That just seals the deal… a successful entrepreneur in the makin’! 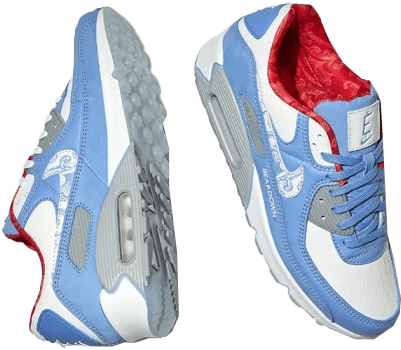 There ain’t many release deets yet, but here’s what we know. Nike Doernbecher 2023 lineup will drop in early 2023 at Nike.com, Nike SNKRS, and select retailers. You should know that the battle in scoring these designs will be a fierce one, ‘cause you won’t be the only one trying to buy dope kicks, all while supporting a cause.

Even if you didn’t need a sneaker bot before, with all of ‘em partnerships goin’ down, there’s no doubt now you immensely need one now. So, get yourself one of the best Nike bots, like TSB, out there. Hook it up to some great proxies and Nike accounts, then consider yourself ready for that sneaker battle. You should also make sure you’ve got a good server to dodge that last-minute server crash. Good luck! 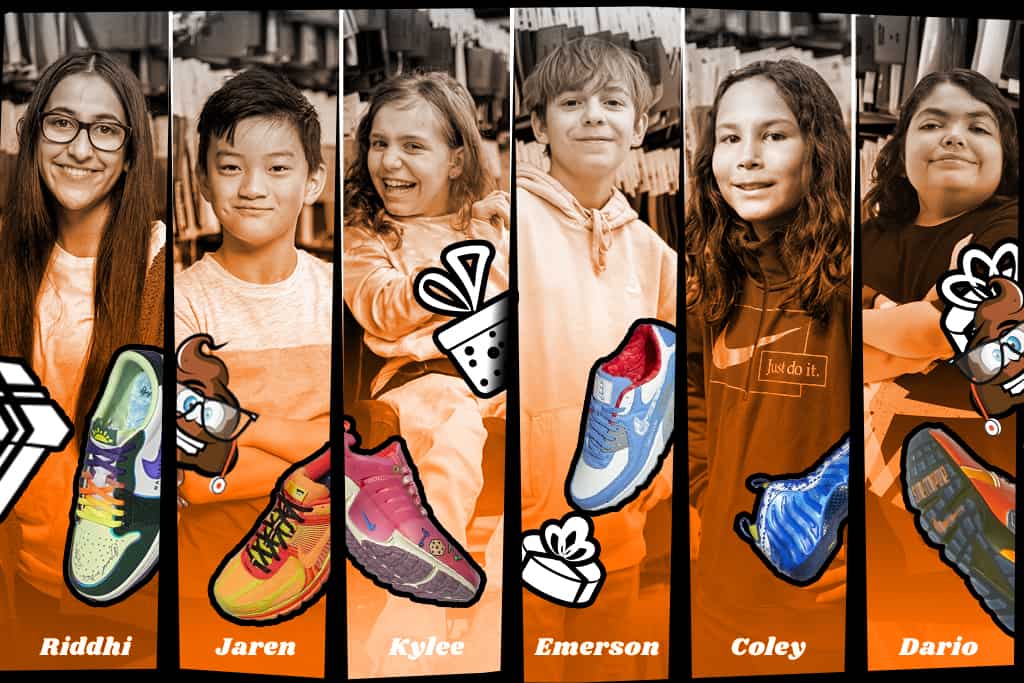