The Y2K era fashion is making a fierce comeback in the 2020s. And apparently, that also applies to the sneakers that we got back then. We ain’t complaining, though, because the 2000s gave sneakerheads some pretty colorful kicks. Jordan Brand was going through some experimental shit that we still dig today. And one of the examples is Jordan 5 Green Bean which many people love. Unfortunately, not everyone got the privilege of owning a pair back then. So, in a great move on their part, JB is blessing us with the best type of veggies, the Green Beans! Read on to find out why you’ll totally wanna snag a pair or more.

Not feeling the pair? Shit’s totally fine yo! Check out the new Jordan 4 Military Black if you’re more into lowkey kicks. This one’s also dropping soon! 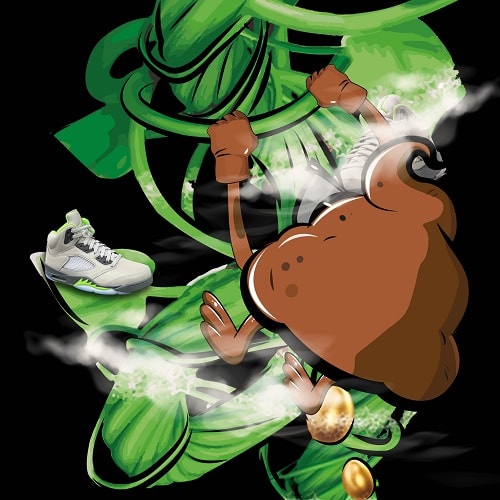 Okay, so the first Jordan 5 Green Bean dropped in 2006. However, the concept behind these kicks allegedly dates back to the OG Jordan 5 days. So technically, we got a pair in 2006 with a 1990 flair. Jordan Brand introduced the concept of a fully reflective upper with these babies. And honestly? It’s pretty epic with the color blocking they used. Back in 2006, the pair retailed for $135, and it’s worth around $341 in resale, and it’s going higher!

Jordan 5 Green Bean and the 2022 Comeback

For those of you who weren’t part of the sneaker industry in 2022, don’t worry; nothing is lost. This year, you’ll get the chance to cop an exact replica of the 2006 pair. From the 3M reflective grey suede upper to the green sock liner, it’s all there. You can also spot the green bean shark teeth on the black midsole and translucent ice outsole. So, all in all, the kicks are staying true to all their original shit. 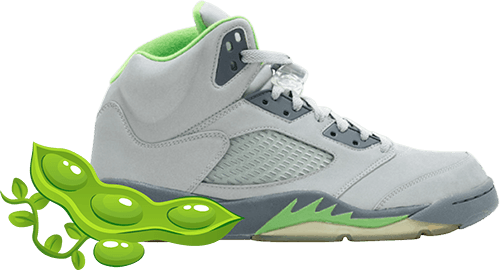 Jordan 5 Green Bean will drop on Nike SNKRS on May 28, 2022, for $200. Now you’re probably thinking: is this shit worth paying for? Well, the answer is heck yes! It’s a classic that every sneakerhead should have. It’s pretty awesome to flex with a cool outfit. And it’s gonna make you $100+ in profit if you flip it on the resale market for $315 on average!

Whether you wanna buy this pair or any other Nike SNKRS drop, you know it ain’t gonna be simple. Many people end up with the L because of the high demand and low stock. But you can boost your chances with a Nike bot and the right proxies with it. A bot like TSB will do all the work for you, from filling your info to jigging addresses to checking out! You should also keep up with all the sneaker news, but that’s easy if you’re in the right cook group. And don’t forget that the shittiest blog in the industry has your back at all times!