Don’t deny it! We’ve all contemplated the thought of buying sneakers customized to our own liking. But let’s be real, we can’t always afford custom sneakers. But now, Jordan Brand is giving us the chance to go wild with creativity. Even if it’s indirectly. Not only that, but they’re doing it with a sneaker that very much reminds us of a highly coveted pair we all tried to cop at some point. The Jordan 4 Blank Canvas is the dream of so many people who like to put their own spin on shit. But if you prefer to just get your kicks and get going, Jordan 6 UNC could be what you want! 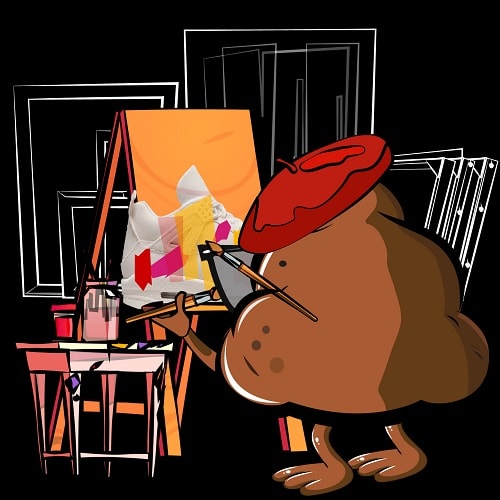 Jordan 4 Blank Canvas: You from Around Here?

Feels kinda familiar at first glance, right? Well, that’s because the sail colorway and the canvas uppers aren’t really new to AJ4s! That shit’s been around for a while now, and we can’t say we’re bored of it. This pair though has fake paint blotches on the outsoles, giving it a ‘tude on its own. We think it’s just asking to be customized at this point fam.

You know, older kicks come to mind when we look at Jordan 4 Blank Canvas. First, we’ve got Off White’s 2020 Jordan 4 Sail! Both kicks are women-exclusive, rock a fancy sail upper, and Jordan 4s! Okay, the last one was a joke, but you get the point. Second, the kicks give a serious 2018 Jordan 4 Levi’s vibes that we can’t shake off. Although these come in white denim, they still look similar at first glance.

The moral of the story is if you own any of these, then boooyy you lucky lucky! You can customize them to match any of these 2 Jordan 4s, and hope to cash in as much as you would, owning the originals. The Off-White 4s are worth $1,473 today, while the Levi’s 4s go for $800+.

As we already mentioned, Jordan 4 Blank Canvas will be a women-exclusive. So to the big feet of the world, we’re sorry! Anyway, the kicks will drop on February 22, 2022, for $200. Such a cool date, isn’t it? It’s literally gonna be a “2s Day”, so might as well try your luck, who knows? Now, although we don’t have a resale value on these babies, they’re totally worth it for many reasons! 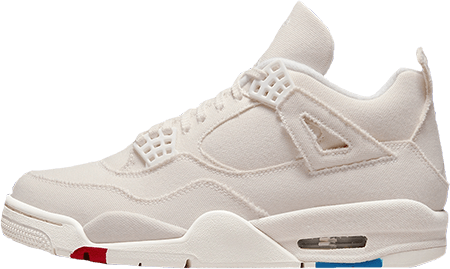 Wanna Get Jordan 4 Blank Canvas with No Problem? Read On.

Whether you wanna rock ‘em, flip ‘em, or even customize ‘em, this is the pair for you. The kicks will definitely drop on Nike SNKRs, and you know how hurtful these SNKRS drops can get. Lots of you can agree that the Ls come very very easily there. But don’t worry, there’s always a way to dodge ‘em! First off, you’re gonna need a Nike Bot to do the shit you do, but a bit better.

That ain’t all though, because having a bot is just half the job. To get shit right, you’ll wanna hook your bot up with the right proxies, Nike accounts, and maybe jig them addresses! But the work also starts before drop day, by you being on top of the latest news. For that, you’re gonna need the shittiest blog and a good cook group to have your back! See ya when we see ya!