Jordan 3 Muslin: Dropping the OG Print for a Classy Makeup!

Jordan 3 equals elephant print. That’s what we all believed for a long long time. But sneakerheads kinda realized that the Jordan 3 is still hot as heck even without the legendary print! Of course, if you’re an OG through and through, it’s gonna be tough to let go. It really was a stroke of genius from Tinker Hatfield. But you know, trying out new things isn’t so bad, and Jordan 3 Muslin will definitely prove that!

Anyway, it’s ok if you still ain’t sold, because Air Max Day is here and those new drops can make up for your loss of elephant print. Oh, and let’s not forget the cool Polaroid SB Dunks bringing colors to our lives! 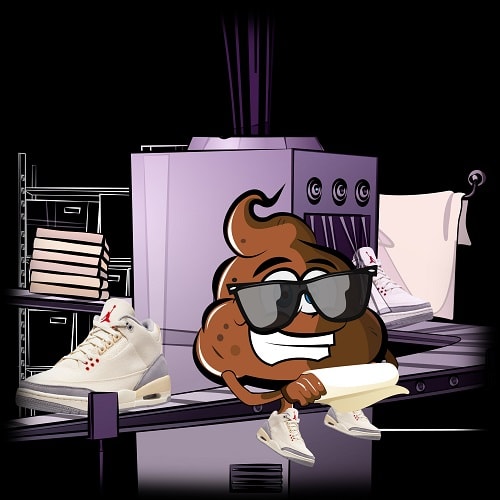 Jordan 3 Muslin Isn’t the First to Pull Shit Off

Why fix what’s not broken? That’s what you’re probably thinking when you hear about removing the elephant print on the 3s. But really, experimenting never hurt anybody, and it’s kinda successful judging by previous models.

First, we got the Fragment Jordan 3 that totally changed the color blocking style on the silhouette. These are worth $350 on average, not too shabby tbh! The second pair was the women-exclusive Jordan 3 A Ma Maniere. This one was a pretty hot success even before drop day. After all, it’s worth around $480 in resale today, that’s more than 2x the retail! So, both kicks are hot, but the question here is: What makes these versions so valuable? Is it the collab hype, or the cool looks?

The upcoming Jordan 3 Muslin, not having a co-creator, can definitely settle this debate. And if it makes a good sum on the aftermarket then it’s safe to say, the elephant print can go!

Quite the Looker Yo!

The new Jordan 3 Muslin is everything we like about everyday kicks. Simple, pretty, but hot enough to catch everyone’s attention. The coolest thing about these kicks is that the uppers feature canvas in muslin-like color. Meanwhile, the mudguards go for gray suede instead of the classic elephant print. And to add a sprinkle of life to the whole thing, red eyelets and Jumpman on the tongue are there!

Jordan 3 Muslin will drop on March 25, 2022, for $200. And though Air Jordan prices are slowly going up, these babies are worth the pay! In fact, they’re the kinda investment that’ll pay you back in no time- They’re worth about $400 in resale. Now imagine copping multiple pairs? Well, we cashin’ out baby! 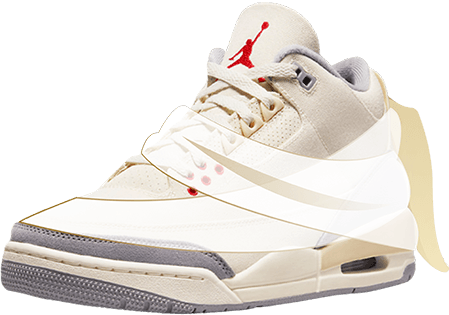 How to Catch the Jordan 3 Muslin Drop?

If you’re as sold on these kicks as we are, you’re gonna need to boost your chances. Going for a manual cop alone will barely get you one pair. And if you know anything about SNKRS drops, you’ll know that your chances are slim. So give your chances a push and get a Nike SNKRS bot that can secure you enough entries to WIN.

But a bot alone ain’t worth the trip, you gotta pair shit up with good proxies and some reliable Nike accounts! Only then you could say that you did your best trying to get these babies. And if you wanna stay in the know, the shittiest blog is out there for ya homies!