Jordan 12 Playoffs: Epic Kicks on the Way to Another 3-Peat!

Hey hey shitfam! Today, we’re getting you some seriously cool kicks that you need in your rotation, no cap. Seriously, the kicks we talkin’ about today are a full-on part of the Jordan legacy! Jordan 12 Playoffs was part of the list of kicks that MJ rocked on his way to the second three-peat. Honestly, the 1996-97 season was action-packed and we’re here for the tea every time! So let’s check out the story behind this epic silhouette and colorway. And speaking of cool backstories, Jordan 6 UNC’s coming with a very nice color blocking that you should check out! 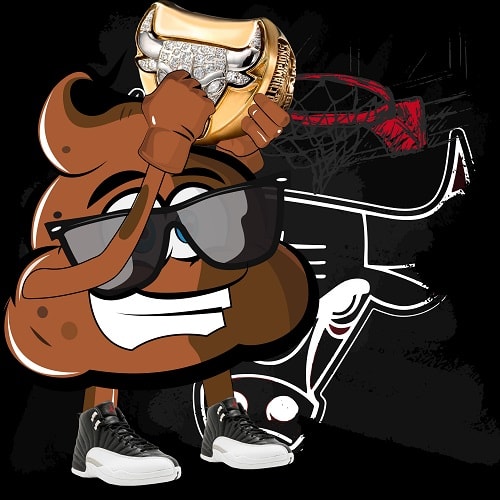 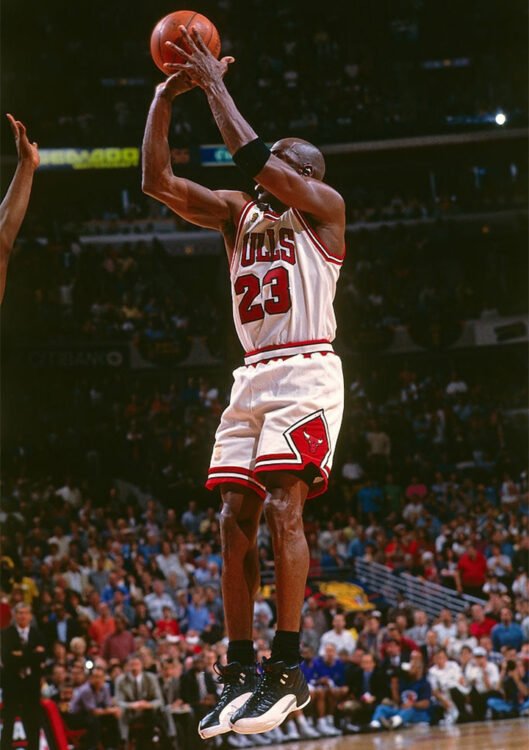 If you watched The Last Dance, then you know that the 1996-97 NBA season was anything but boring. But let’s start from the beginning with the Chicago Bulls making it to the ‘97 playoffs! Lo’ and behold, Michael Jordan kickstarted the playoffs with a dope black and white Jordan 12. The sneakers became famous as Jordan 12 Playoffs and naturally went down sneaker history with the Flu Game 12s. And if you ask us, this colorway deserves as much hype as the Flu Games.

The Jordan 12 Playoffs looks pretty clean with its black and white leather upper. Kinda makes the red Jumpman on the tongue and “23” on the ankle stand out! So all in all, it’s a pretty subtle colorway to flex day in day out. Besides the 1997 OG, the colorway retroed in 2004 and 2012. So 10 years is kinda the longest time we had to wait for a restock making this drop an event to look forward to.

The kicks were gonna drop on February 19, 2022, aka during the All-Star weekend. But because of “chain issues” the release was pushed back to March 11, 2022. Meanwhile, other rumors have March 5 as the release date, so we gotta keep our eyes peeled on Nike SNKRS! The retail price is the usual $200, and you can make an easy $100/pair if you have the right sneaker bot with ya!

Nike SNKRS vs Nike Bots: Jordan 12 Playoffs for the Winner!

Y’all know how Nike SNKRS drops are always iffy. If you ain’t lucky, you ain’t getting a W. But well, people gotta find their way around that shit, and that’s where Nike bots come in handy. The bot on its own won’t give you the best chances though, so you gotta boost that shit. How? Get the best proxies and Nike accounts you can snag.

Another key part is to know how to jig your address, that could help a lot! If you wanna know more about botting and sneaker news, you got two ways to go. First, subscribe to the shittiest blog around. Second, join a good cook group, and the community will back you up!