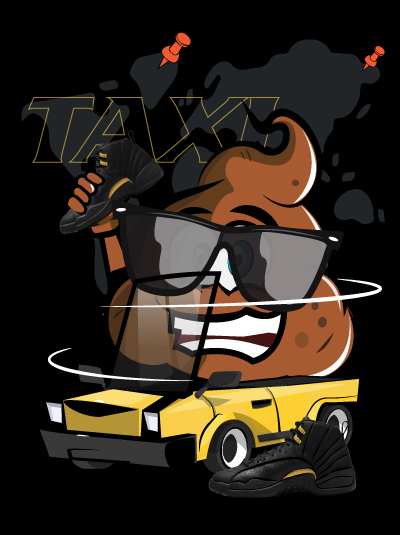 Sun’s shining extra today or what? Well, that’s no surprise ‘cause ya know, Jordan 12 Black Taxi will be dropping soon! Maybe it ain’t the sun, after all. It’s our excitement level going above limits! Y’all gotta hail that taxi and head straight to the nearest retailer to catch that drop. On second thought, no need for any taxis as long as it ain’t in the form of a Jordan-style name. Why? Well, y’all must know that you won’t be getting shit even if you waited the whole day outside that shop. OR you can be of the lucky ones that get to catch a pair. But that’s just about it. You won’t be getting more than a pair, due to the release being an exclusive one and all that.

However, this ain’t the end of the world peeps! Count on sneakerheads to find a way around such things. That way being the invention of sneaker bots. That shit raises your chances at copping the kicks you want. But regarding Jordans, you’d need a kick-ass bot like TSB, to make ‘em L chances even slimmer than a good ol’ sneaker bot could do. And with all the shit going on in the industry, from Kanye leaving Adidas, to Kyrie leaving Nike, demand for Jordans rose and went sky-high. Now, without further ado, let’s check out the upcoming Jordan 12 Black Taxi.

A Lil Dive Into The Past Of Jordan 12s

Not only is the colorway special but Jordan 12s themselves mark a great era in Air Jordan’s history. Air Jordan 12s celebrated a lot of firsts. They were the first Jordans to enter the market with Nike-free brandings on both the kicks and the shoe boxes.

The story behind AJ12’s invention is one for the books. The shoe’s inspiration is one strange one, as it was inspired by a woman and the Japanese flag. Quite the creative combination! The brand borrowed 19th-century women’s dress boots and the Nisshoki. Which is the Japanese rising sun flag. Although they seem like some classy shit you rock with a suit, they’re perfect to play a basketball game all while flexing them. Jordan Brand made sure to make the soles as durable as possible. So, whether it’s a day out on the basketball court or a formal event, you can never go wrong with flexing a pair of Jordan 12s. And regarding the colorway, the upcoming kicks are paying homage to the original pair of Jordan 12s that debuted in Taxi, Black, and White colorway.

Jordan 12 Black Taxi comes covered in pitch-black along its leather upper. But stopping at that would be boring as shit, won’t it? Luckily, there ain’t anything boring with Jordan Brand. That slight Taxi-yellow color steals all the spotlight and cuts out that monotonous vibe single-colored kicks give. The exact same yellow that detailed the 1996’s kicks adds to the final and finest touches of the upcoming Jordans 12s. Gold covers the upper eyelets, as well as a part above the midsoles. We gotta say, as long we got these Jordan 12s by our sides, no definitions for sleek will ever be needed! 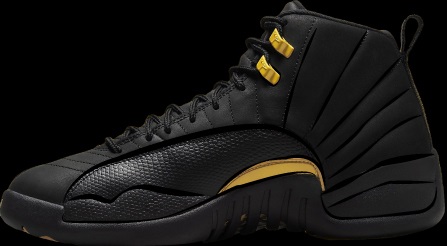 Jordan 12 Black Taxi is set to hit the shelves on December 3, 2022. They’ll also retail for $200. So, sneakerheads now’s your chance to cop off these classics. Who knows? At the rate the industry’s going in, you might pull a DJ Khaled in the future and have more than a closet full of priceless kicks all over the world. That “more” being you renting out that closet for a night on Airbnb to make other sneakerheads’ dreams come true!

On a final note, make sure you know how Jordans fit, ’cause as y’all know there ain’t no returns on limited-edition sneakers. Good luck!