Did the Jordan 4 Metallic Pack somehow infuse into this Jordan 1? Because that volty exterior is god-like! Talk about your Zeus mannequin in Japanese storefronts. Cultural clash but we diggin’. The Jordan 1 Metallic Silver Retro flashed Japan in 2001. As the first innovative colorway since the Jordan 1 OGs dropped in the eighties. Lightning round question! How many pairs of that Retro dropped back then? 2,001 only. Bet you didn’t know that. It’s selling for double its retail in the $300 range on GOAT. And 19 years later and also Japan-exclusive, the Jordan 1 is dropping Christian Grey style. With the bling-bling exterior we’d pay paper money for. The Jordan 1 Neutral Grey is currently worth $1,500 on GOAT.

Hungry to cop this Jordan with The Shit bot? We’re packed with the latest updates and a toilet roll list of Jordan cops for your confidence. Grey is the Jordan colorway of the year. The Jordan 1 Smoke Grey is dropping on July 11. And grey got in on the Jordan 3 Blue Cement that dropped yesterday. So keep posted on our blog for Jordan Grey updates. Because we will be making a scene out of this by the end of the year.

RT-1xTSB
Tie-Dye Drop Delayed
They knew We were Ready with the Latest Updates!

Let's see them try & Crack this one pic.twitter.com/EuPmwbvU7l

Shimmering overlays and a neutral grey base, this Jordan be winking at 2001 cause it so damn bright. And we appreciate the fact that the team kept the wings logo grey and tidy instead of pasting the 2001 golden pizzazz. With Nike Air branding on the silver tongue, we’re having fond memories of the Jordan 5 Fire Red. The insoles are marked with “Co.JP” meaning exclusive to the country of Japan. But that’s what proxies are for fam! All that’s left to do is fake an address and ship that silver booty to wherever you’re at. Regionals suck. But so does buying a juicer like that on resale. Expect the Jordan 1 Neutral Grey to drop on July 25 for $170. Hercules, son of Zeus, went the distance and you can too. 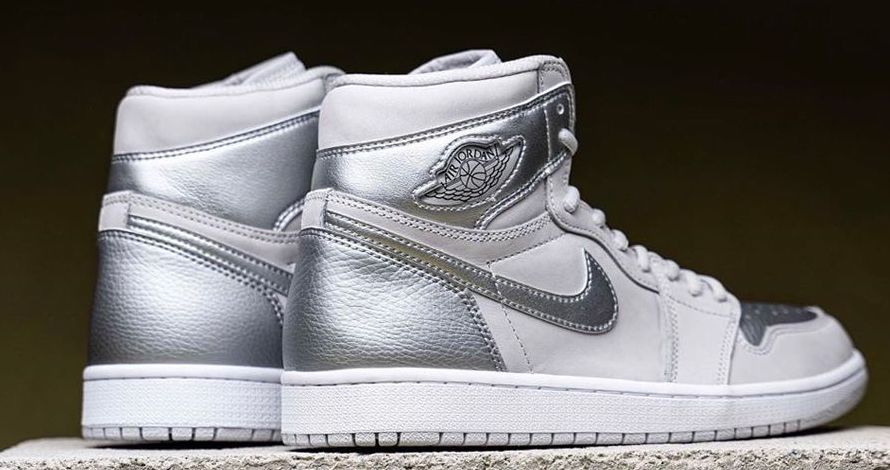