The Air Jordan Dior collaboration is among the first sports culture/streetwear collabs with luxury fashion houses. Like the Supreme x Louis Vuitton capsule that made it rain back in 2017! So now, Jordan, the iconic basketball brand, has teamed up with Parisian fashion house, Dior, and Kim Jones. To create the most anticipated luxury sneaker of 2020: Air Jordan 1 High OG Dior! Which are rumored to be limited to only 8,500 pairs! And topped with an exclusive co-branded apparel collection! Which is modeled by Travis Scott, the Air Dior muse and Cactus Jack lord! With Cactus Trail set to release soon! This collab has set the hype train on fire! 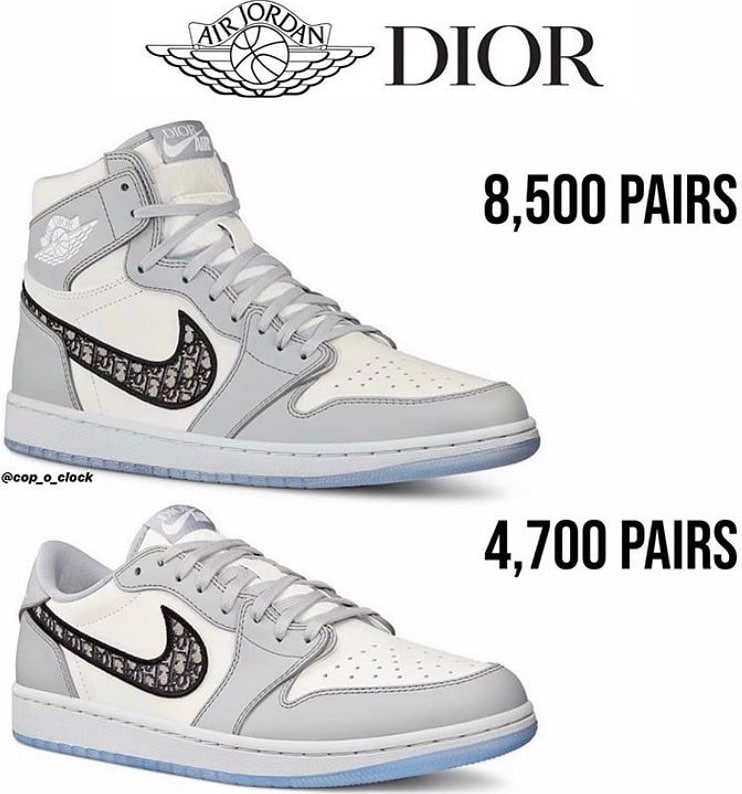 Due to the coronavirus outbreak, the international draw for the Air Jordan Dior collab has been postponed indefinitely. Before people got into cocoons and markets shut down, the first Air Dior lottery opening was on March 23 with results going live on April 6. In the US, the NYC pop-up was going to take place from April 16 to 23. Whereas the LA pop-up was happening from May 1 to 8. Worldwide pop-ups were confirmed for Paris, London, Seoul, Singapore, Tokyo, Hong Kong, and China. The second Air Dior lottery opening was set for the end of May/beginning of June for the chance to win one AJ1 Low Dior pair. Which are rumored to be limited to only 4,700 pairs.

Sources claim that the launch will take place in April 2020, but some sources have reported that it may be postponed till June 2020! Keep posted for release date updates! 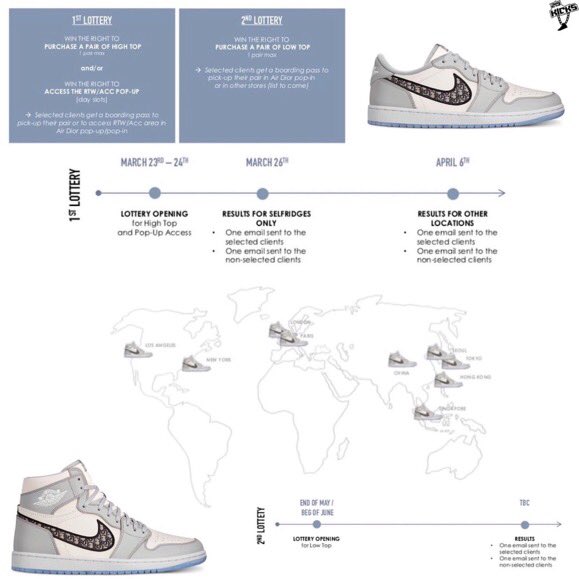 About the Wolf on Basketball Street!

For a price tag of $2,000, this Air Jordan Dior sneaker is Italian leather-made with hand-painted edges. Air Dior, the co-branded fusion, pops up on the tongue, the winged charm print, the silver Jumpman chain, and the outsoles! Which is visible through transparent soles. It’s toe-to-heel dressed in Dior wolf grey. Which is Dior’s 1947 foundation color choice! The Swoosh keeps it French with its oblique orientation. And it is also laser-etched into the insoles! 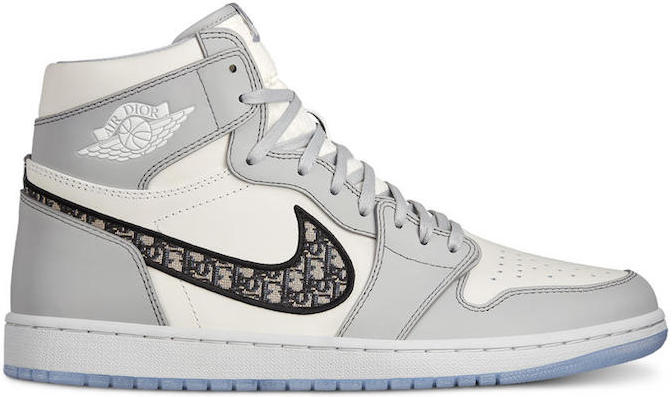 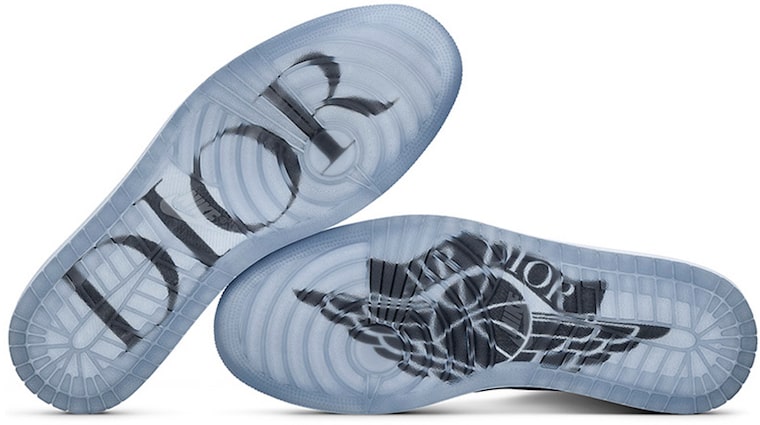 As confirmed by Vogue, it took the team over a year to develop them. Further interpretation suggests that the number tag stitched on the inner sock liner means 2058 for the cost and reversal of 8500. While 8500 supposedly confirms that it’s limited to 8,500 pairs! It also kind of looks like a fancy version of the AJ1 Zoom Fearless in Racer Blue. So if you don’t have the cash to cop this collab, here’s the next best thing! And it scored major success with TSB! 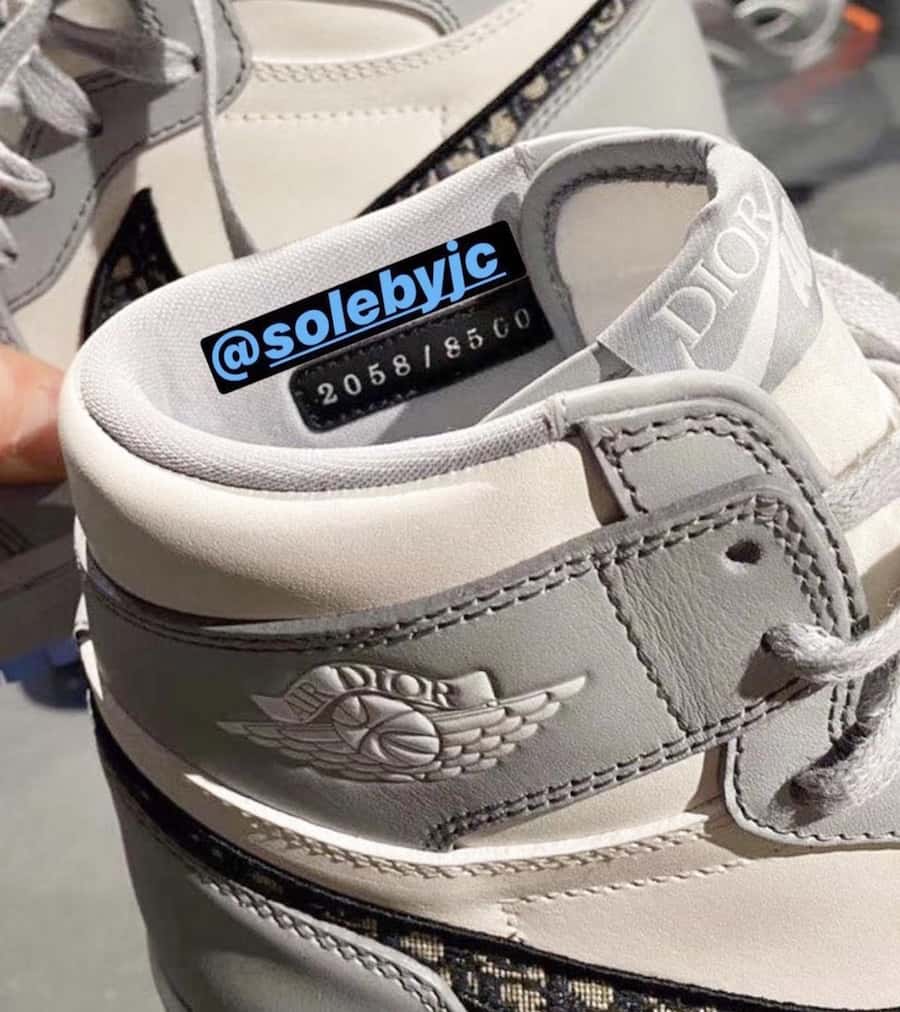 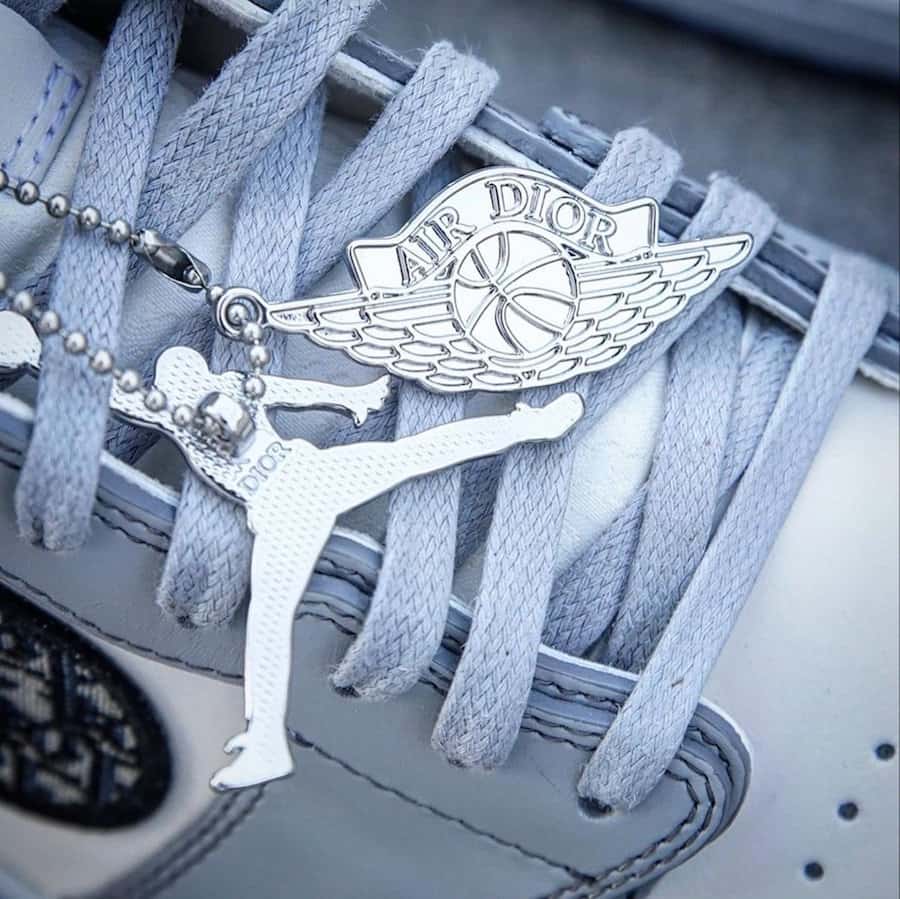 The Air Dior apparel collection so far includes a suede hoodie, a blazer, a wool suit and a co-branded bomber. And who else to show off this expensive collab other than Travis Scott. Who appears in a basketball-inspired white Air Dior top with a shiny jacket and shorts in matching grey. Scott is obviously a collaborative superstar with Nike and Jordan. And flexes this collab like it’s in his DNA. The Air Jordan 6 and Nike SB Dunk are among his top legendary drops! Cactus Jack be lovin’ resale but resale buyers be hating on Cactus! 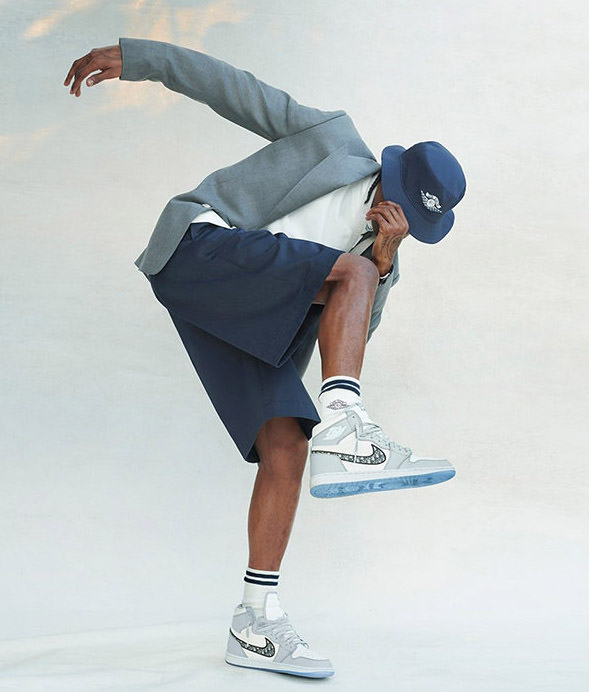 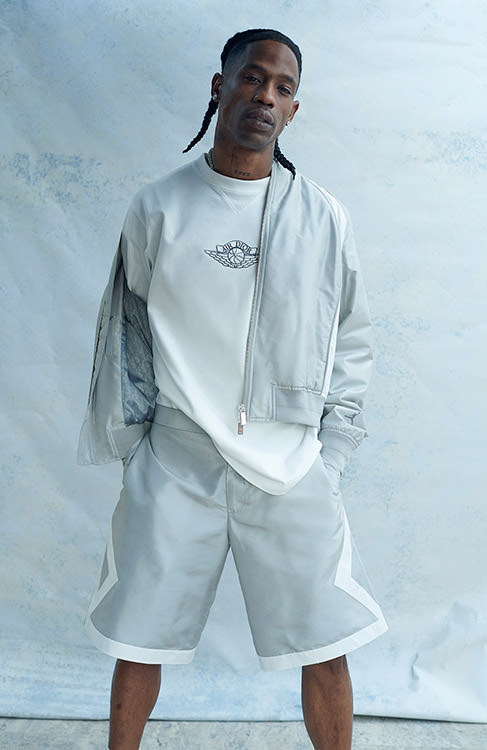 This release is one-of-a-kind. Air Dior is the first collab between two fashion lords. It is super exclusive. And we can Thank Travis Scott for showing us exactly the kind of sh*t we’re into. the collection. Let alone the fact that it costs $2,000 worth of paychecks! This is not a regular cop so if you set your mind on spending all that money, you’re going to need the best Nike bot for the best support! Whether you want to cop this pair to flaunt it or resell it for double and triple its retail value!

Keep an eye out for other anticipated Nike releases such as the Nike SB Dunk High Strawberry Cough and Nike Air FoG 1 Triple Black dropping soon. As well as new Jordan releases!

Quick update for y'all💩

✔️NSA enhancements to checking out on nike for instock & restock products! pic.twitter.com/KOu467eWsc