Travis Scott is one of the biggest names in music. He has been for a while. But his sneaker career did not really come to life until he joined the AF100 Pack. He had taken previous steps in the sneakers industry, but they were baby steps. So the Air Force 1 Low was his first real dive into our beloved sneaker game. A few official releases later, Travis Scott is now the man behind some of the most expensive sneakers you know, and wish you copped. And if you’re too broke to buy his sneakers from resellers, you can buy his upcoming Air Jordan 6 online, using a sneaker bot.

There are many reasons why sneaker fans would buy sneakers. Some will buy them for the design, some for the wow factor, and some just to make more money for college. But the Air Jordan 6 by Travis Scott pushes all 3 buttons, which makes it the most awaited sneaker this season. 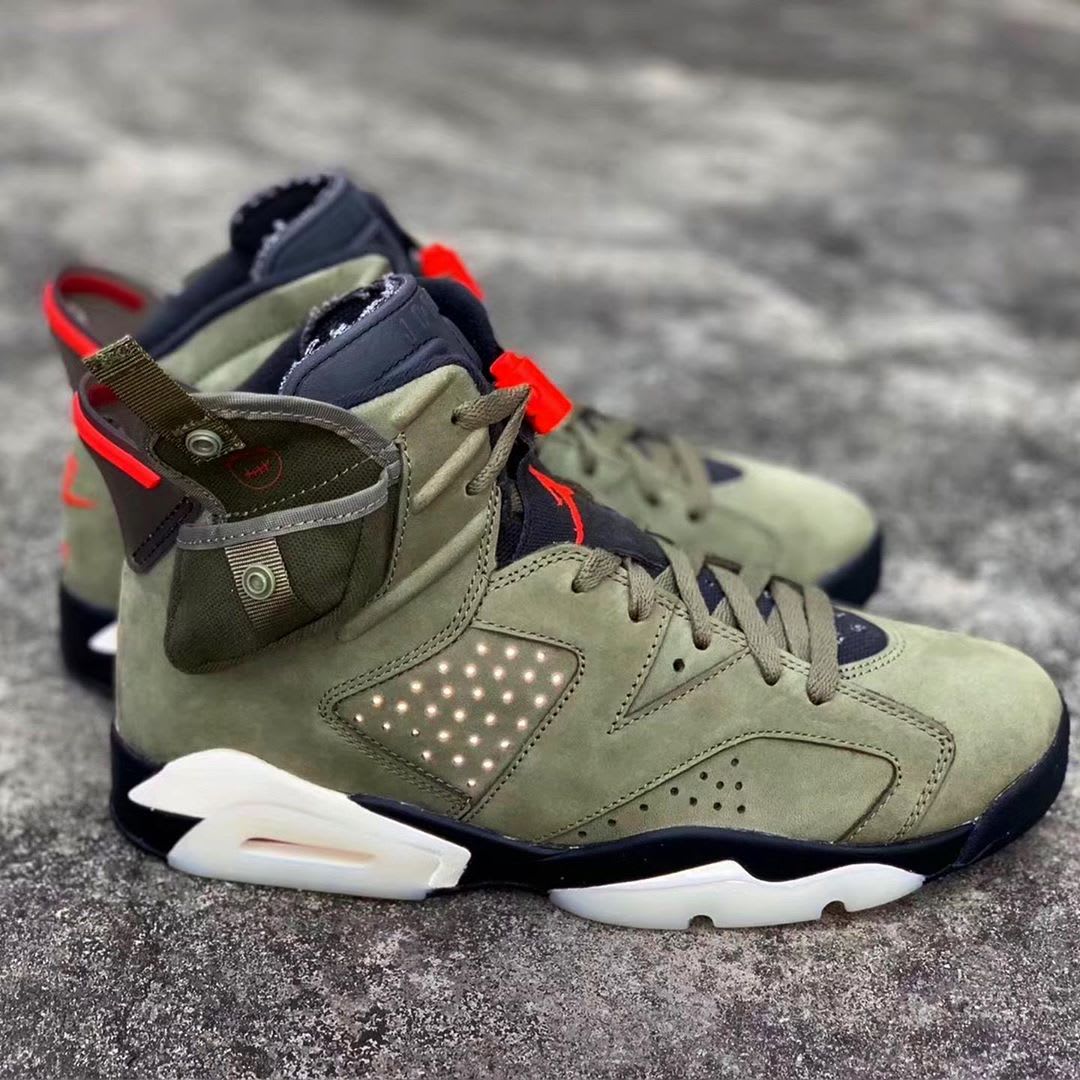 This Air Jordan 6 features an Olive Green uppers with Black detailing across and bold Red accents. Hints of Travis Scott’s spirit and sense of fashion can be seen all over the sneakers. The side pocket on the collar, glow-in-the-dark translucent outsole, 3M detailing, and Cactus Jack branding are all there to remind us of Travis and his style.

There’s a bit of the designer in everything he creates. A bit of Kanye in Yeezys and a lot of Pharrell in his Adidas NMD. And that’s a major factor in how desired a shoe is. You can’t possibly like Kanye’s music and not admire hos designing skills. And you can’t be a fan of Travis Scott unless you see the art in his sneakers.

So a second reason why you should wanna cop this AJ6 is Travis himself. The award-winning rapper has poured so much music and art into the world, and loads of love through his relationship with the infamous self-made billionaire Kylie Jenner. So maybe this Air Jordan 6 is what you need to Keep Up With The Kardashians.

You might think that what’s the biggie? It’s just a regular Air Jordan 6. But there’s nothing regular about Travis Scott’s designs. Only he can take a very basic $150 sneaker and make it worth over $1000 by adding a detachable shiny piece of jewelry on the laces.

Same goes for this new AJ6. Early listings on reselling websites like FlightClub indicate a very profitable reselling future for those who cop. But as we’ve seen with previous Travis Scott releases, this one too shall be very limited, and copping it will very much depend on the bot you’re using.

Expect Travis Scott’s Air Jordan 6 to release on September 14th at select Jordan Brand retailers. The retail price tag is set at $250 USD and the style Code is CN1084-200.