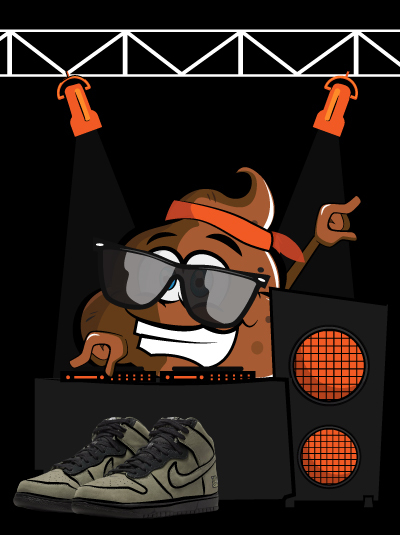 Kicks that look good already have a soft spot in every sneakerhead’s heart. But cool kicks with a story behind them just live in their minds rent-free. And Nike Dunk SoulGoods fits that description perfectly.

Hitting worldwide, the sneaker popularity has been crashing in every corner of the globe. And specifically in China, that shit’s knowing no limits. Sneakerheads are becoming even more kick-obsessed, and other people are following suit the moment they know of this culture. Besides, with streetwear labels collaborating with the Swoosh, shit’s guaranteed to be dope as heck. Now, let’s stop beating around the bush and give it to you as it is. The Beijing-based brand is joining forces with Nike on the release of SB Dunks. And we don’t mean just one pair of Dunks. Nike will be dropping three cool kicks under the same collection.

Wanna know what living in the 80s felt like? If the 80s don’t appeal to you much, there’s always the 90s and 00s, ya know. After all, that’s the purpose of the Nike Dunk SoulGoods collection. Nike and SoulGoods be taking the “go big or go home” saying to a whole new level!

Sooo, the 80s Dunks took inspiration from what could’ve been a Chinese national basketball team kick. The 00s represent the co-founder of SoulGoods’ childhood, overlaid with personal symbols, some of which pay homage to the co-founder’s traditions. Coming down with the shit that matters the most, which is the first debut of the collection. The 90s Dunks feature an olive green colorway, with lil deets as a nod to the hip-hop and rock cultures back then.

Taking a closer look at the 90s Dunks, black covers the tongues, laces, and rubber soles, perfectly contrasting against that olive shade. On the heels, you can find SoulGoods’ tiger totem logo. While the inner collars hold the Beijing brand’s motto  “From Beijing to the World,” giving even more worth to the kicks. Silver brush-like strokes around the Swooshes complete the look. 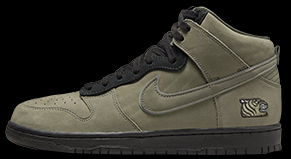 Regarding the 80s and 00s Dunks, we still ain’t sure of their specific release date. But of course we’ve got a date for the olive Dunks. They’re our main topic in the end… So, the Olive Nike Dunk SoulGoods are set to drop on  November 26, 2022, for $155. Also, these kicks are reselling for $258. The rest will probably drop sometime in December, one following the other. One last thing! The 80s Dunks, also known as the Soulgoods Greys, already have a resale price and it’s even higher than the Olives. They’re reselling for $335.

How To Catch Nike Dunk SoulGoods?

We gotta say that the whole collection looks like a hot flex. But if that ain’t your thing, you can always make some cash outta reselling Nike Dunk SoulGoods. All you gotta do is buy a pair, or more, sell them on the aftermarket, and the next thing you know you’re hooked on reselling sneakers. Or even becoming a sneakerhead yourself, renting out your closet on Airbnb and all that shit, just like DJ Khaled’s doing!

However, to get there you must have one heck of a sneaker bot. And since this is a Nike release, a Nike-specific sneaker bot, like TSB will do wonders. What does that shit help you with? Oh, it only makes your chances at copping exclusive sneakers ride a rocket ship. But that rocketship won’t be working the same without some great Nike accounts, proxies, and servers. Good luck!