Down for some girl power, in a pair of basketball sweats? Well, don’t sweat it. Because the Melody Ehsani Jordan collaboration is back in the 2020 game! As if the Air Jordan 1 Mid among the Fearless Ones of 2019 wasn’t sturdy enough (and a reminder of the floating rainbow that is the female aura). Girls, was that a top finisher in the Fearless race!

In 1991 – eleven year old Melody wrote Magic Johnson a letter protesting the fact that girls werent allowed in his summer basketball camp. In 1996 -womens basketball became official with the inception of the WNBA In 1998- Jordan put out its first shoe actually designed for a woman. In 2000 – exactly 20 years ago, Sanaa Lathan became the first cultural icon of a woman portraying a basketball star in the movie Love & Basketball. In 2020 – Melody is bringing back the womens Jordan basketball shoe in honor of women's history month, the ladies of the WNBA and the anniversary of Love & Basketball. This commemoration of the shoe comes with the emblem of a cherry, which throughout time has been associated with symbols of abundance, fertility & protection. I pass these on to you 🍒

This Melody Ehsani Jordan collaboration pays homage to the Air Jordan Womens OG Retro which released earlier this year in January. AND made its historical debut in 1998. We’re also detecting some similarities in structure to the Air Jordan Womens OG Barely Rose. And while we’re on that hot piece of class, talk about another rosy edition with that toxic StrangeLove appeal, bruh! It’s like Women’s Day and the love for basketball are uniting. In honor of the WNBA and the 20th anniversary of Love & Basketball. And you know what that brings back? The Sheila Rashid Air Jordan 1 Mid! Another Jordan x girl-power-fashion-icon collaboration for the love of sport! 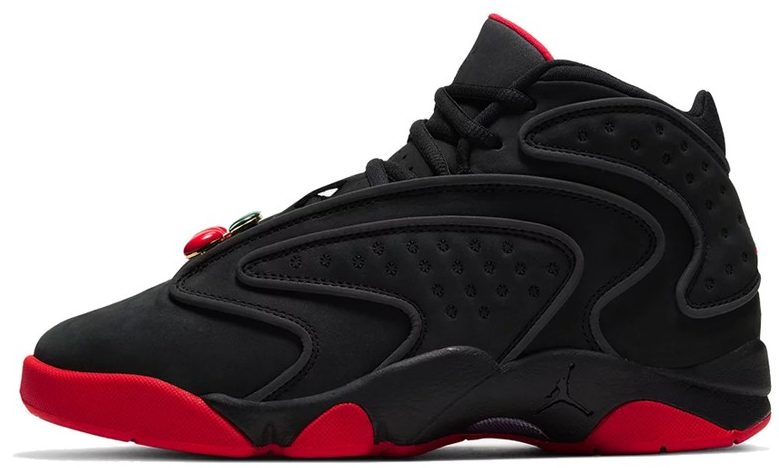 This calls for a defining moment drum roll. But we only got cherries. This Melody Ehsani Jordan collab has an all-black exterior. With outsoles dipped in cherry red. It also got that sweet ‘n’ sour red touching the tongue line and the co-branded heels. Co-brands being “Nike” and “ME.” We also find the Jumpman logo in black-on-black action on the side soles. But its stand-out factor is its reflective 3M piping with that shiny cherry emblem treat. But that ain’t all, fam. “Melody Eh$ani” is engraved into that cherry’s golden stems. AND a special message is printed on the inner tongue. That’s some gem right there.

The pair was supposed to release exclusively at the Melody Ehsani storefronts in LA and NY on March 14. BUT due to the spreading COVID-19 virus, Ehsani cancelled and switched to online. Official launch will be on March 19 on Nike SNKRS, Jordan.com, and select Jordan retailers at 10AM ET for a retail price of $150.

UPDATE: for your health & protection due to the COVID 19 we are cancelling our in store shoe release in LA & NYC tomorrow 3/14. – We will now be releasing shoes and full collection online on our website www.melodyehsani.com at 9am PST. – 🌏 Shipping is international. 🚫 If our website detects that you ordered with a bot, we will refund you. – 👟 One pair per person. 🚫 If you order more than one pair of shoes we will refund you. – Price is $150. 💥 All shoe sales are final. 💥 – We will try and answer questions below. Thank you for your understanding during this crazy time. We apologize for any inconvenience this has caused anyone. 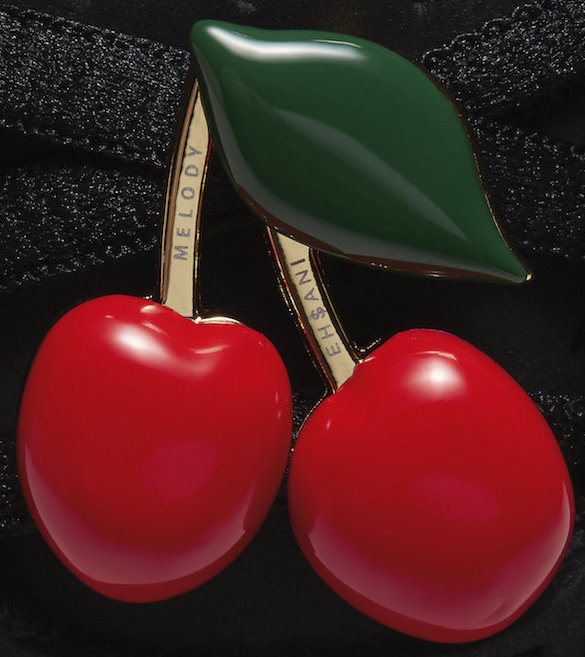 Pop or Drop the Cherry Drop?!

Women’s sneaker culture is on the rise in 2020 and Jordan is all about collaborating! When in doubt, check resale, right fam? Well, the Melody Ehsani Jordan Air Jordan 1 Mid is going as high as $2,000 JUST SAYIN’.  That’s some Cloud 9 shit right there. And especially for a size 12W. So ladies, there are a shitload of men struggling to buy your shit. Now you know it! And you also know that TSB is the best Nike bot you could ever use to cop a deal as sour sweet as this.