Jordan 5 Alternate Grape Expected to Coincide With Top 3 This June!

We put our backs into listing the Fresh Prince of Bel Air Jordans. And pay off time is finally here! As if the Jordan 5 Top 3 announcement didn’t pay up with anticipation. Turns out it’s gonna be bumping toes with the Jordan 5 Alternate Grape! The Fresh Prince flexed the 3 Jordan 5 OGs in season 1. And it looks like the Jordan team is about to do the same with 2 iconic Jordan 5 recreations this June. The latest Fire Red Retro burned under the spotlight in May. And Virgil Abloh’s take on Metallic Black dropped back in February. Currently reselling for a minimum of $500 on GOAT. All that’s left for your Jordan 5 game this year is a taste of grape. And we be copping you a pint fam!

The last Jordan 5 tribute to the Fresh Prince dropped in 2013 in a cool grey color base. And is reselling for $500 on average on GOAT. This August, we’re expecting a refined white-based version of the 2013 Bel Air to drop. Under the name “Alternate Bel Air.” Ring a bell? Looks like Jordan 5 be going into its history and dropping Retros in sync! Unlike the OG, this fresh take on the Jordan 5 Grape covers the silhouette in a bold grape colorway. Rather than just the tongue and partial midsole. The shark-toothed design on the midsole stays loyal to the original in emerald blue. But a silver black tongue matches the black midsole to give this sneaker a dark overall appeal. Again, unlike the white-based design of the OG. The Jumpman logo on the tongue also features the emerald shade. 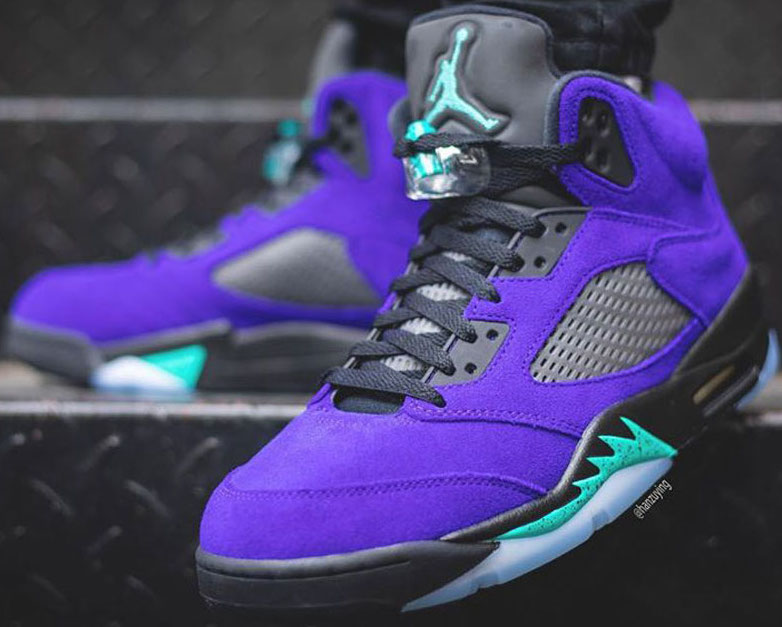 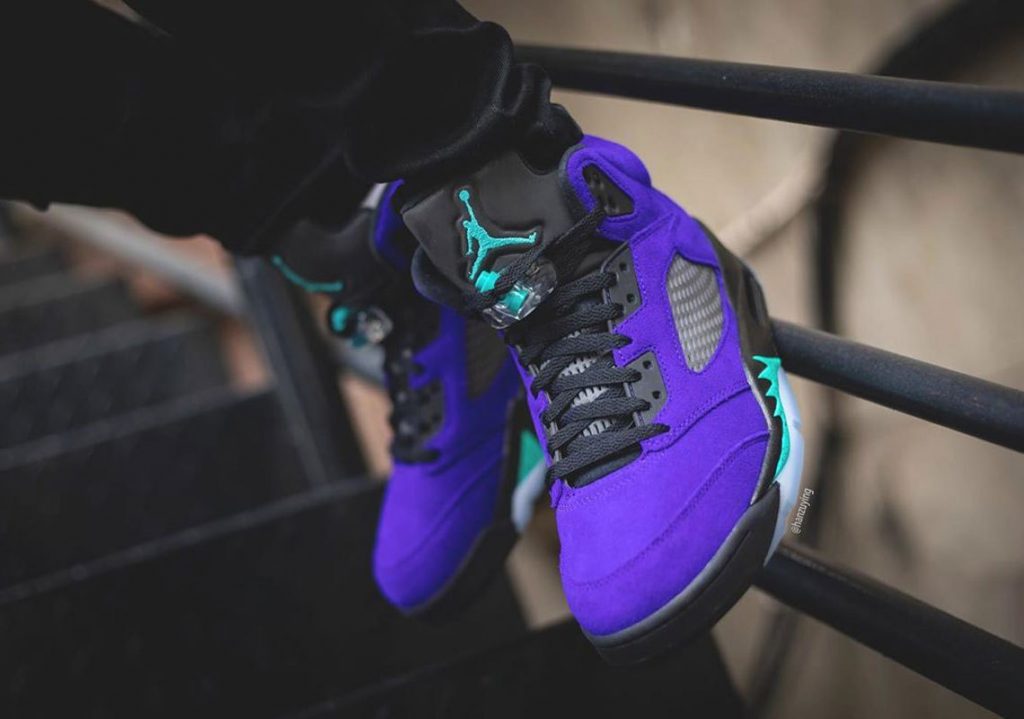 Cop These Fresh Princes at Retail!

The Jordan 5 Alternate Grape is rumored to drop on June 13 for a retail price of $190. Top 3 is also expected to release on the same day for $10 extra. But can you blame it for that when it’s combining two extra colorways?! The Shit bot has been dominating all Nike regions for 7 months straight. And we’re all set for the June chapter! There are plenty of to-die-for Jordan 1 colorways for you to cop with the best Nike bot.

[6/6/20 UPDATED]: The Jordan 5 Alternate Grape is now expected to release on July 7 for the same retail price.

7th month DOMINATING ALL NIKE REGIONS📈
$130,000+ users profit in the PAST WEEK ALONE🤯

JUNE we're coming!
Nike Get ready it's going to be shitty💩 pic.twitter.com/W3oUN6E1vv