We love cool sneaker collabs, we really do. But that shit can get overwhelming sometimes and we develop a certain type of selection. That’s where you gotta leave it to Nike to deliver some surprising kicks. And this time, they’re not really over-the-top shit. They’re surprisingly underwhelming… for a reason! Read on to find out how “boring” became the slogan for the new Tom Sachs Nike kicks. And in case you’re more into flashy shit, Jordan 1 Varsity Red is totally the thing for you! 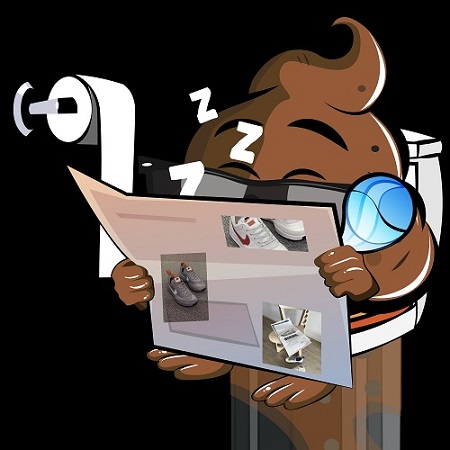 Tom Sachs Nike: How It Started

We’re gonna throw it back all the way to 2012! On May 10 of that year, Nike announced a collaboration with the contemporary artist Tom Sachs. The name wasn’t really relevant in the sneaker industry, but it soon would be with the Mars Yard 1.0! These kicks were part of a very exclusive capsule in his Mars Landing project. Today, the kicks are worth $8,600 on average in resale!

Five years later, the kicks came back in a second edition. The Mars Yard 2.0 featured an update on the material level, and it was successful as heck. They’re worth $5,800 now if you’re wondering. Now fast forward to 2019, and the moonwalking Mars Yard Overshoe was a relative flop. But well, you wouldn’t wanna be caught wearing that on a day-to-day basis, do you? It’s like a collector’s item at best! 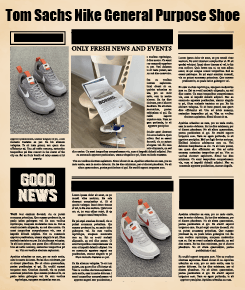 You’d think that this partnership is losing its magic with the General Purpose Shoe. But apparently, “boring” is exactly what Tom Sachs was going for. We ain’t gonna question the creative expression fam, but well, we were expecting something kinda different. However, we don’t hate it, because it kinda… hit the mark? You know, with that design you can legit rock any style you want!

The first NikeCraft General Purpose Shoe dropped on June 10, 2022, and retailed for a relatively affordable $110. It came in a mix of bone white and cream with a tan midsole. So really, the color and the designs are both some versatile shit! Although the kicks are not as successful as Mars Yard, you can still make a profit if you flip ‘em. They’re worth around $390 on average, which means $180 in gains for you!

Did You Say A New Colorway?

Beep boop, more than one colorway! Right after the original drop, we got rumors of a second, very yellow colorway. But that ain’t all! Because pictures from leaks show that we’re gonna get a grey pair, and another white pair with a red swoosh. So obviously, Nike and Sachs weren’t kidding when they said that these kicks are for everyone!

Now we don’t have specific release details yet, but we’ll keep you up to date when we do. In the meantime, make sure you get a good Nike bot to cop the kicks on drop day. A bot like TSB will boost your chances at Ws on the most exclusive releases. And always make sure you keep your eyes on proxy and Nike account deals because these will totally come in handy. You’ll totally need all that shit if you wanna start a sneaker resale business. Good luck!