The sneaker world is a jumbled mess. Not all bad though. On the contrary, there’s more good than there’s bad. Take away some misfortunes here and there… Okay, we gotta admit, destruction did take over the industry in the last several months of 2022. But we need to kickstart 2023 on a good note and in high spirits. Who knows, maybe things would really take turns for the better. However, that doesn’t mean it won’t still be a “jumbled mess.” Especially when leading sneaker brands start diving into NFTs. And trust us when we say that shit’s crazy there! Now, where are we going with all of this you ask? Well, we got another NFT sneaker collection coming our way fam. And this time it’s Scottie Pippen NFT collection’s time to shine! So let’s see what this is all about! 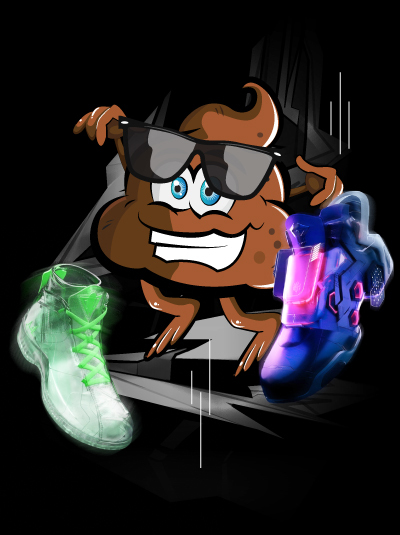 The idea of turning real, tangible kicks into cryptokicks is in itself mindblowing. But guess what? That’s where the trend’s going and that’s exactly where everyone’s following. Gotta keep up with technological breakthroughs somehow y’know.

Soo, Web3 ain’t a new concept, neither are sneaker brands joining it and forming a sneaker culture on their own. If you’re both an NFT fan and a sneakerhead, words about Nike’s RTFKT sneakers must’ve reached you by now. If not, you can check all of ‘em deets here! But that’s not what today is about. Today is about one of the historical figures in the NBA. But now that he made history in one field, Pippen decided to rock his way into another. And let’s just say he ain’t failing with that one bit!

So the NBA legend hasn’t forgotten about his fans he aimed to reconnect with them through his NFT collection. Quite the genius move Pippin! Believe it or not, those same fans are the ones who helped him “learn more” about Web3 and its community. But what you don’t know, Scottie Pippin didn’t simply launch an NFT collection the typical way. Him and his partner, Orange Comet, launched their SP33 NFT Project in which owners can flex these digital kicks in video games! Let’s dive into more details about this project. 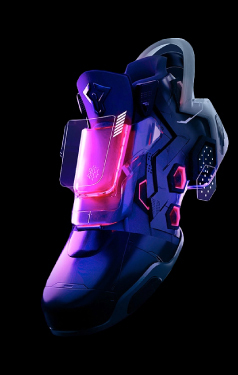 On December 20, 2022, Scottie Pippen launched his NFT collection along with his partner, Orange Comet. The Scottie Pippen NFT collection, called SP33 NFT Project, featured a 1000-piece digital sneaker pack. Each NFT had a mint price of 0.20 Ethereum. One month forward, the floor price of each increased to 0.324 Ethereum with 256 ETH trading volume!

This collection featured “unique metawear sneakers” and “digital wearables for the future.” Each pair of kicks got Comet’s 3D animations. And 33 of the 1000 NFT holders received real Pippen-autographed sneakers. But Scottie didn’t leave the other 67 holders go empty-handed. He offered each of the thousand holders a digital art “mystery box” which will hold “something special” in the future! What’s that have to do anything with video games, though?

Well CEO, Dave Broom, declared that “Every sneaker is a game-ready asset. You can flex in mods for GTA, Roblox and more.” And this whole Scottie Pippen NFT project is a trial and a sample of greater things that will drop later on.” These NFT sneakers can be worn in different virtual environments as well! All we can say is that Scottie Pippen NFT is one heck of a successful project. Literally, all thousand NFTs sold out in 77 seconds!

Should You Invest In The Likes Of Scottie Pippen NFT?

This depends on whether you’re into joining the virtual world or not. Shit’s more than checking resale value, and deciding whether them kicks are worth it or not. And since the first Scottie Pippen NFT launch was a kind of a trial, you can start learning more about the virtual space to get yourself ready for another possible launch. You can also start your journey just like Scottie did. And that is referring to Twitter and other peeps to get the ropes of all that shit. Cook groups can help you with that as well.

However, if this ain’t your jam, you can stay in the physical world and get yourself real tangible kicks. Nike’s been rocking the industry with those. And if you wanna check out the most hyped kicks that will release soon, click here! Adios fam!