We’ve been so caught up with Halloween Nikes and September kicks that we paused the hype around Japan. Except that it’s officially time to unpause with the Nike Sacai Vaporwaffle collection dropping this Fall. To drop you the closest hint to Sacai designer, Chitose Abe’s style, it’s basically like adding a creative Japanese twist to Balenciaga sneakers. With the added popularity of slashed heels. You heard it right! Similarly to the Nike ISPA Drifter Gator heel concept, the upcoming Sacai Vaporwaffle creates the illusion of a waffle heel hacked wide open.

Rumored to release some time in Fall 2020 for a retail price tag of $180 each, this Nike Sacai collaboration will drop 4 colorways. To our knowledge! And fam, you’re gonna want in on these kicks. Since they are reselling for a minimum of $800 each on GOAT. Times that by four and you’ve got an aftermarket deal similar to that of the latest Off White Nike Rubber Dunks. So, if you’ve got a TSB copy, stay posted here for release date updates. And if you’re still going rogue, stick around @The_Shit_Bot for giveaways that might save your Japa-cheesy hopes! Because if you think of the value of this Sacai Vaporwaffle, it’s pretty close to the massive deal we just closed on those rubber Dunks!

Prior to the Vaporwaffle, the Nike Sacai hype centered around the LDwaffles. With the Varsity Blue colorway being the most popular to date at $750 on average. The LDwaffles and Vaporwaffles share the same upper fashion. But it’s the Vaporwaffle heel that’s got heads turning this fall. Think of it as an LDwaffle with the double Swoosh design and multicolor palette. With the added terror of a heel split open! No wonder this creative combination is worth thousands of dollars. 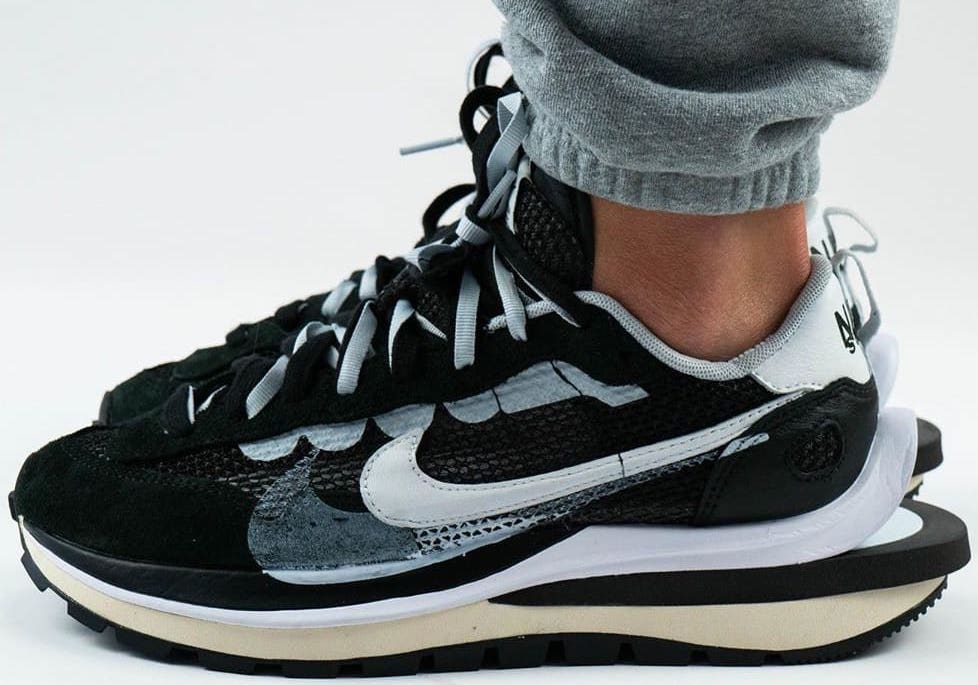 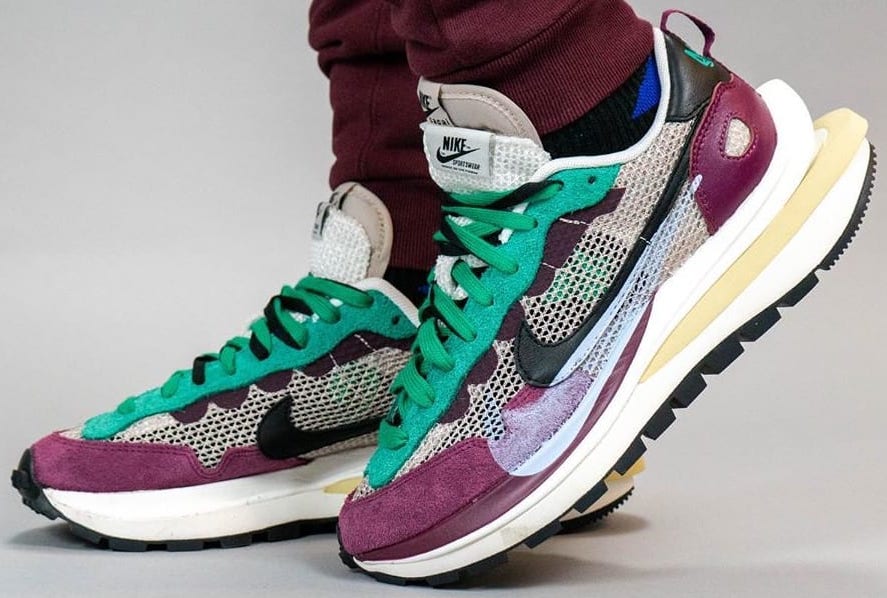 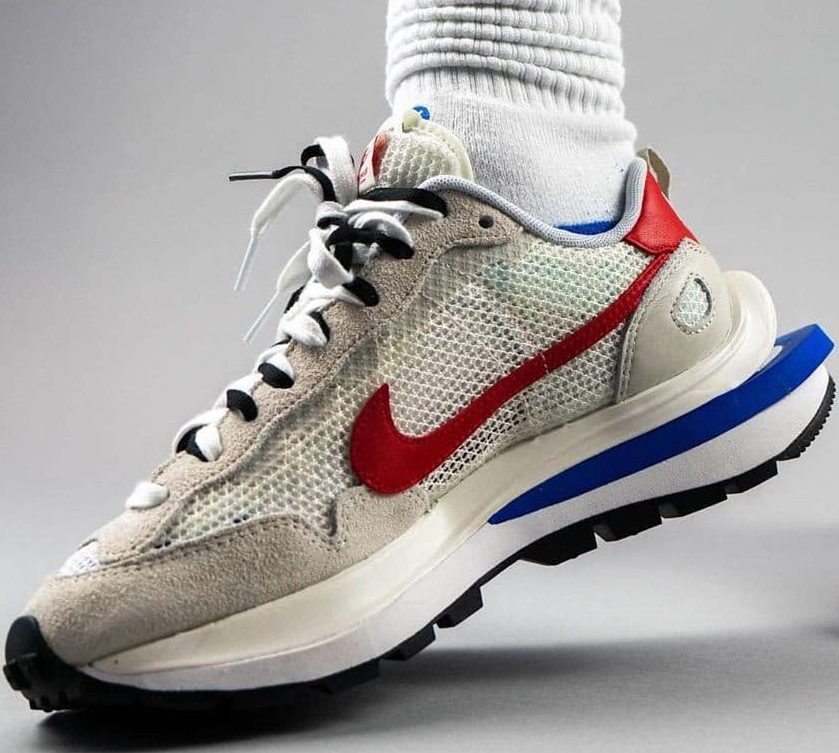 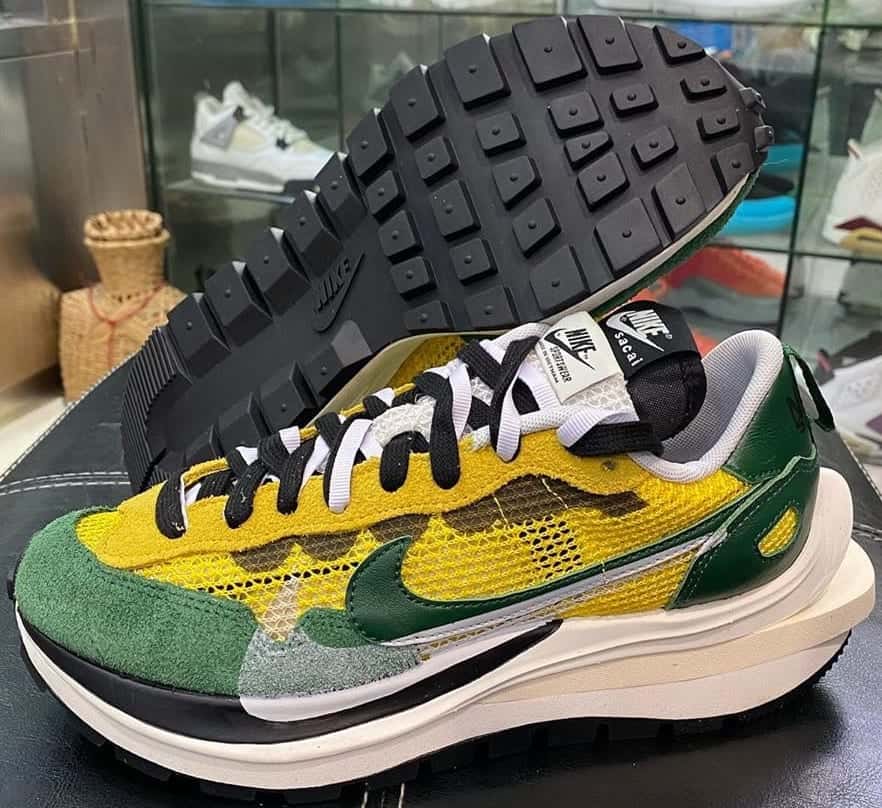 Before We Serve You Some Waffles…

The Nike Sacai Vaporwaffle is dropping in fuschia, sail, yellow, and black based colorways. Which, now that we’re thinking about it, kind of has a seasonal approach to it. And the cool thing about Nike Sacai sneakers is that you can detect them from afar. They’ve got double Swooshes and double branding on the tongue. So they’re pretty hard to miss.

And since “Fall” is likely to take place some time before the Holiday season, be sure that we will post the date as soon as we get it. In the meantime, it’s best that you get ready for Halloween! Any idea who or what you’re going as?