Nike LeBron 7 Media Day Is Landing as Your King-Sized Cop!

We caught the first glimpse of this Lakers/King James masterpiece on NBA Media Day 2019. Which the Lakers hosted in the UCLA Health Training Center in El Segundo. Even with this year’s NBA on hold due to the coronavirus outbreak, Nike decided to drop a Lakers bomb with the Nike LeBron 7 Media Day!

Now every Lakers and basketball fan knows about the Kobe Bryant auction going on over at Goldin Auctions. Everybody be scrambling to put a price on a Kobe memory to call their own. But what do you make of the fact that the Kobe auction ends on the same day this Lakers gem pops out?! Lady Luck be trippin’ or all shit happens for a reason? One of the two, fam. But we like to think that James means to give Kobe fans their farewell moment before dropping another Lakers bomb on them. Like keeping the thunder where it deserves to be. Might be a decent gesture toward continuing the game Lakers style. And we think it’s the right time to demonstrate team loyalty after LeBron’s 2009 Air Max 7 Cleveland Cavaliers. Not to mention the reported 25% cut from every NBA player’s paycheck! Gotta keep the game spirit tight.

ESPN Sources: The NBA and NBPA have agreed on the withholding of 25 percent of each player paycheck beginning on May 15. Deal gives gradual reduction in salary should Force Majeure provision be enacted with cancellation of regular season games. May 1 checks will be paid in full.

Copping With TSB: Most Recent Success!

TSB is the best Nike bot in the market for a reason. It’s been copping on Nike since November 2019 and has managed to own 50+ successful releases in all regions. But it takes more than copping world-announced releases to be named the best Nike bot. Sneaky restocks of massive sneakers create the hyped deals every sneakerhead strives for. TSB was the only Nike bot to catch the Asia restock of hyped Nikes only two days ago. Consistency speaks for itself and the biggest updates are only here to prove it!

Your Look at the Nike LeBron 7 Media Day 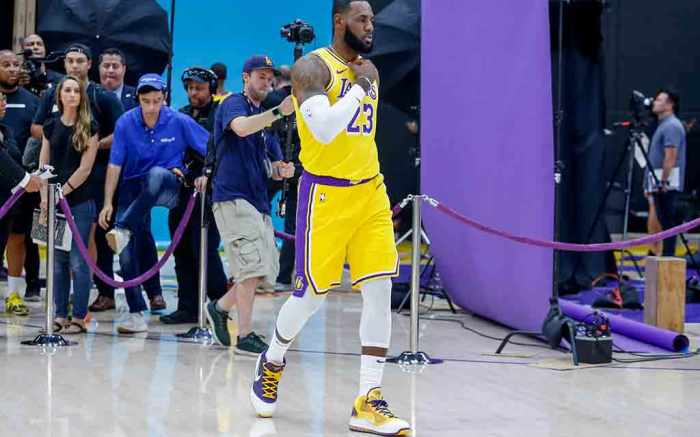 The sneaker features the LA team’s white, purple, and gold. With purple and gold alternating on the right and left pairs. Nike Basketball is pretty trendy about flipping colors lately. With the Jordan 1 Mid Nike Hoops doing 180 degrees! This LeBron 7’s court-ready premium uppers swap purple and gold under a white net design on the sides. Like a basketball net background for the Swooshes. Right underneath the toe boxes, the word “twenty” is displayed on the right shoe and “three” on the left. LeBron’s name initials are carved in cursive respectively on the white heels. And his star signature is right up on the tongue. A speckled full-length Air midsole pumps it up a notch. With gold and purple meeting again to finish mark the outsoles. The Nike LeBron 7 Media Day will release on May 16, 2020 at 10AM ET on Nike.com in adult and big kids sizing for a retail price of $200. 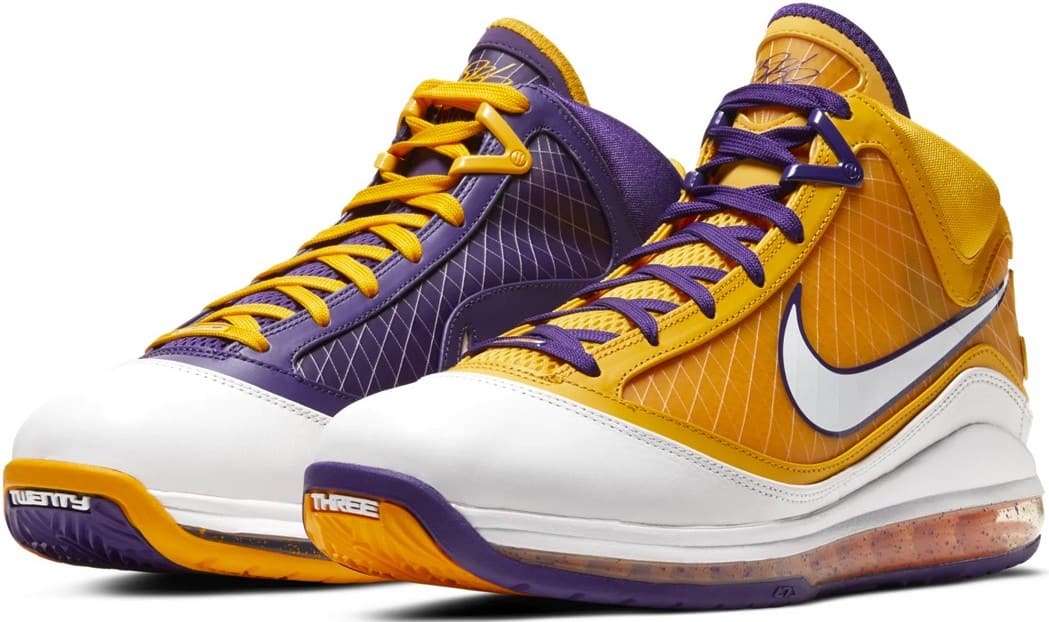 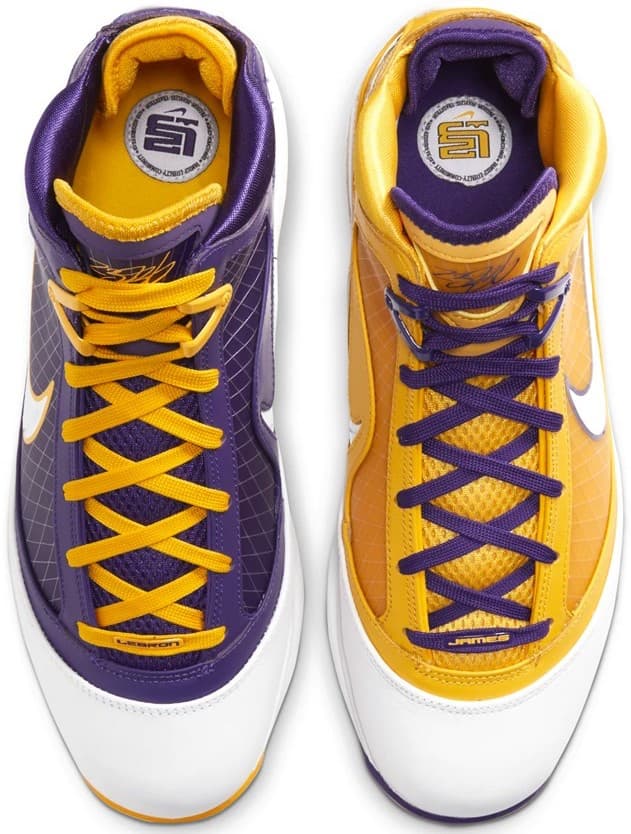 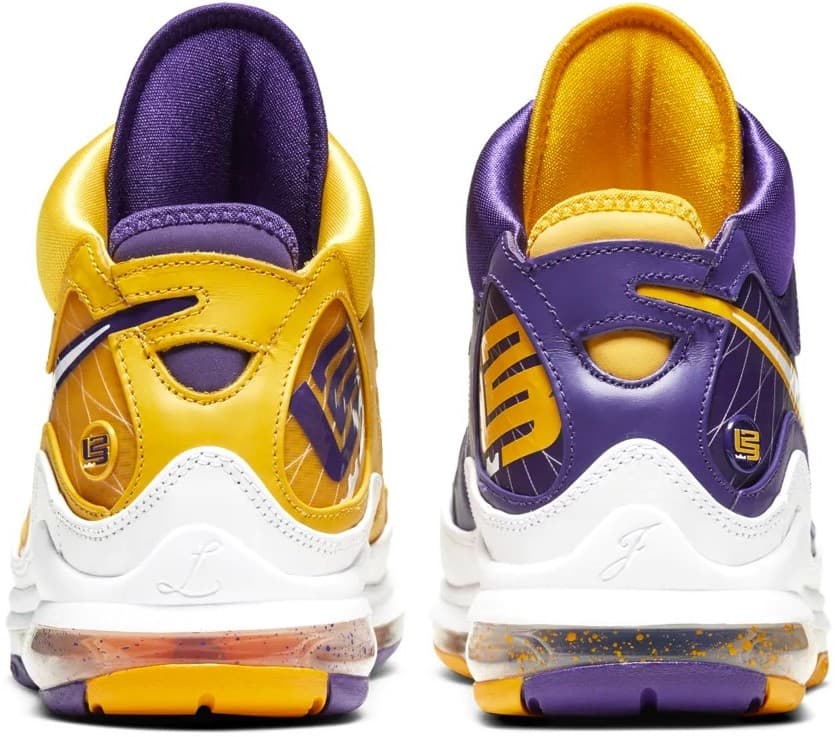 Talk About Nike LeBron 7 Made-Ya Day With TSB This Year!

Nike LeBron is scoring releases like it’s backyard basketball! With the recent LeBron 17 in a Lakers colorway as the NBA 2K20 Game’s winning prize and the upcoming 17 Uptempo dropping in three days! Since TSB was the only Nike bot to cop the Asia restocks, this Nike LeBron 7 announced for May 16 should be easy game. And with available sizes reselling for at least $1,000 on GOAT, talk about an easy decision!