Nike Air Max Limeade: Because When Life Gives You…

Air Max-heads, this is for you. Most of you were probably still learning the alphabet song in 2006 to remember the Air Max Powerwall collection fresh. But you’ve definitely dug around for it at some point. Only to be amazed by the 56 Air Max pairs that dropped in celebration of the model’s tech journey. The classic Air Max 1 was the first ever Nike sneaker to show off its Air unit. And 19 years later in 2006, the Air Max 360, as its title suggests, displayed its Air unit from toe to heel! An ultimate goal for Air-cushioning technology that sparked up a 56-pair part-ay. Which makes “present time you” more than psyched for the new Air Max 1 Powerwall Limeade! A sour green step up from the Lemonade colorway that has us drooling since 2006. 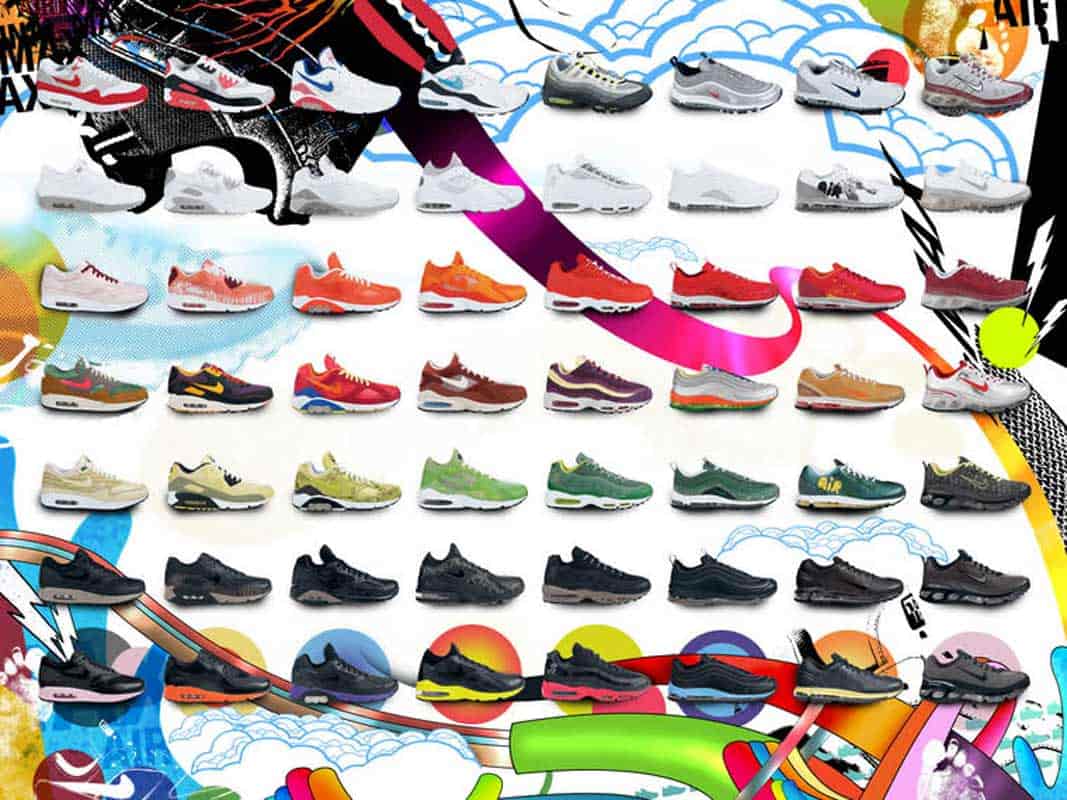 As you now know, Powerwall’s Air Max 1 Lemonade was a hit and top mention in 2006. It was all about the lemonade back then. Which makes this Air Max Limeade a fruity reversal of a legendary pair. Nike has also announced the release of an Air Max 1 Lemonade Retro in Fall 2020. Along with a Pink Lemonade pair in tribute to the lemony Powerwall monument. So, before you decide if the upcoming limeade take on historic lemonade is Skittles sour or Toxic Waste sour, take a look at Nike’s green plan. 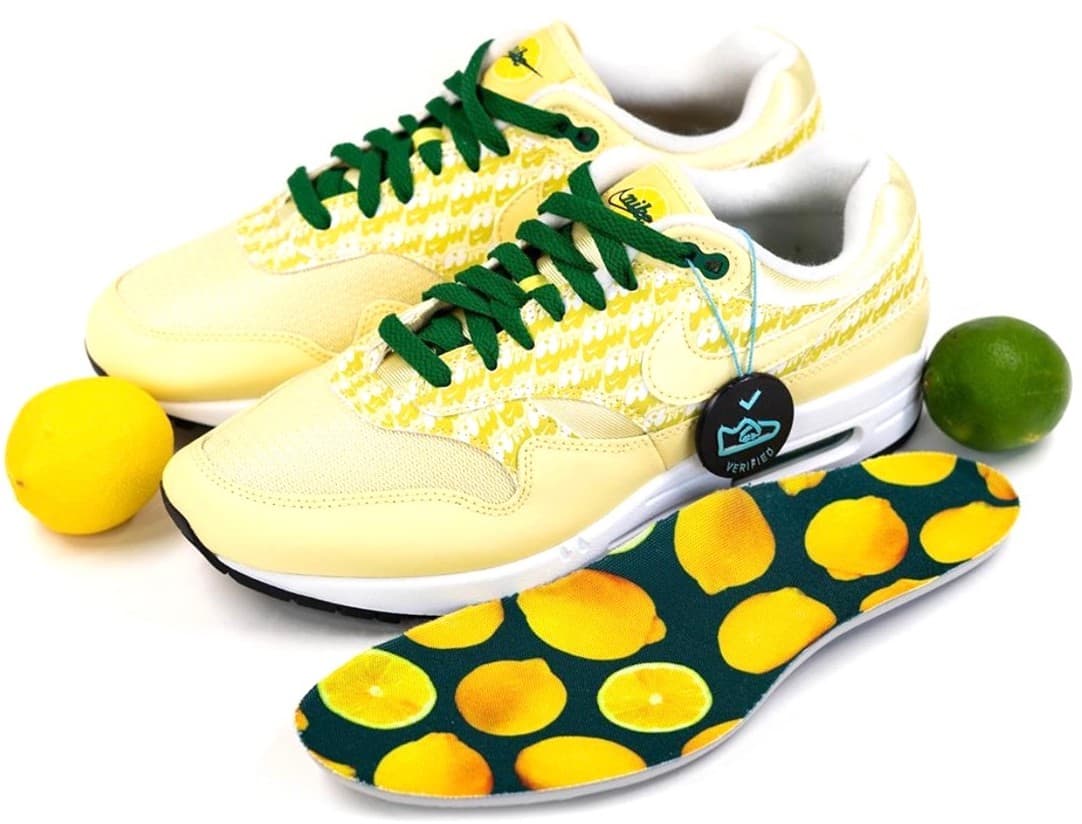 Nike SB Lemon Wash dropped recently with a citrusy communal vibe. With a current resale value of $500 on average. Dunk is also covering a Nike Dunk SP soon on the 18th in Spartan Green. Which is reselling for as high as $700 on GOAT. And on the Jordan half, the Jordan 13 Lucky Green is blasting the scene with clovers and Celtic luck. It’s the green Jordan of the moment with a “lucky” first name. Not to mention every duck’s favorite, the Jordan 5 Oregon with its one hell of a green suede coat. So, Dunks and Jordans are brewing greens this September like it’s June. And the Air Max 1 Powerwall Limeade is joining the trend!

Bein’ a Lime Ain’t No Crime

The bubble-lettered, mesh and leather Air Max 1 Powerwall Limeade displays a lime on its tongue. As well as a lime-covered insole. And takes on a full lime green exterior with the exception of yellow laces. A perfect reversal of the Air Max 1 Lemonade. Because bein’ a lime is sublime…

Expect the Air Max 1 Powerwall Limeade to drop on September 19th for a retail price of $140 and a resale value of up to $450. For a chance to cop it easy peasy limeade squeezy with the best Nike bot in the market, stay locked @The_Shit_Bot for juicy prizes.