Jordan 11 Midnight Navy: The Pair for a Girls’ Night Out!

Who knew that sneakers could come with such an amount of glam? Well, the kicks we’re about to discuss are totally glamorous! Jordan Brand is no stranger to dropping amazing sneakers, but boy are these babies something else. We all know how the AJ11 silhouette is one of the fan favorites! And the new WMNS Jordan 11 Midnight Navy doesn’t fall too far from the tree. Let’s check out what’s up with this release and why you wanna add that shit to your (or a loved one’s) rotation! And speaking of sneakers that must be added to your collection, Jordan 1 Voodoo is it.

We’re gonna start it all off with the looks, and there’s one word for that: dashing! The upper features a mix of materials, but all come in an interesting midnight navy color. Now, in terms of materials, we’ve got nubuck on the upper part instead of the usual mesh. And the big change here is on the mudguard level peeps. Instead of the signature patent leather, what do you know? We’ve got glamorous velvet in midnight navy!

So basically, the upper is a dramatic change from the classic materials, but we totally dig that shit! We ain’t done though, because the kicks feature a white midsole and complete the look with midnight navy outsoles. And for some extra pizzazz, a silver Jumpman on the collar gives the kicks a lil edge!

So here’s what we know so far, Jordan 11 Midnight Navy will be a women’s exclusive release. It will drop on November 28, 2022, aka Cyber Monday! So if you like these joints, you’ll wanna save some money, especially after Black Friday. The kicks will retail for the usual $225, so make sure you’re ready for them! And in terms of resale, these babies might will be worth it, especially since they look like the very valuable Jordan 11 Derek Jeter. 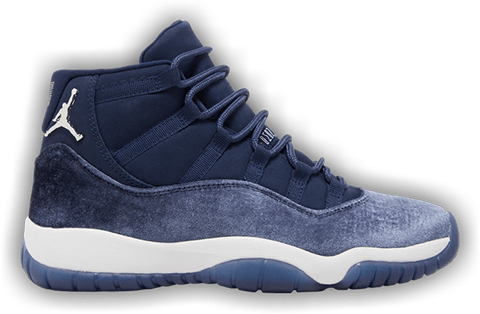 Well, before we dive into the whole techy part of the game, we got news! Nike apparently dropped some new terms of sale, and boy they ain’t nice to resellers. So make sure you get a Nike bot and get coppin’ before it gets even harder! With that out of the way, you know for a fact that a bot like TSB is a must-have. Whether you wanna cop a pair or in bulk, you’ll need some bot-ish assistance.

But a bot on its own won’t do shit as well as it would with an awesome setup. What’s an awesome setup you ask? It’s one where you hook your bot up with good proxies and Nike accounts! I mean, why risk it if you can push your odds the extra mile? And in case you still wanna know more about the whole game, here’s a lil intro into how to cop kicks. Enjoy!