Jordan 1 kaws: Excited One Moment, Bummed Out The Very Next! 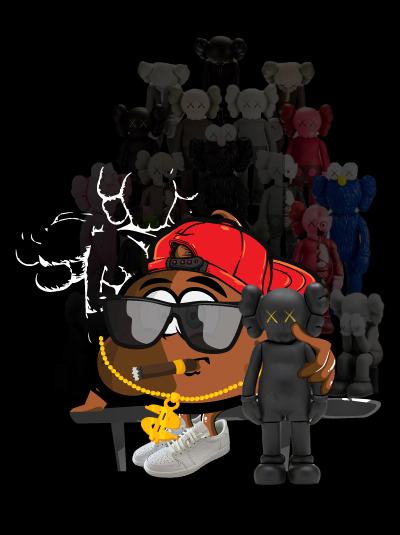 There’s a new Jordan x Kaws release they say. It’s gonna be as dope as the previous collab they say. It’s in the making to drop soon they say. Well, THEY are full of shit! Disappointment showing a lil bit more than necessary? Who cares! We gotta let out some of the bottled-up anger one way or the other. Sneakerheads been waiting for another collab the very second they laid eyes on Kaws x Jordan 4 back in 2017. It’s literally one of the hottest Jordan collabs ever, so let’s take a look at this partnership and see what the Jordan 1 Kaws is all about!

But before we do that, let’s tell you that things been hot in the sneaker industry. And not entirely in a good sense. Cool drops been and still are hitting the market all right! But what ain’t the bit right is StockX removing authentication tags, Nike accusing it of selling fakes, and the latter taking a hit at resellers with its bot protection! Now keeping up with all this drama is harder than keeping up with the Kardashians. And that, peeps, is why our blog is here. It keeps you updated on all that’s going on in the sneaker world, requiring little to no effort from you as news gets to you not the other way around!

Wanna Look Back At The Collab?

In 2008 Kaws worked with Nike on an Air Max 90 project. To say it was a hit would be us putting shit lightly. However, it took Kaws nearly 10 years after that to hit us with another collab. But this time it was with the Jordan Brand. They collaborated on Kaws x Jordan 4 project. And let’s just say that the kicks were one of the best Jordan 4s to ever drop. In fact, Jordan 4 Kaws ranked as Nike’s 22nd best model ever! What distinguishes them from other models- besides their hot looks- is their resale value. Which is nearing 3k on the aftermarket! Did you also know that there’s a website specifically made to identify Jordan 4 Retro Kaws replicas? Mind blowing ain’t it?

The Jordan 4 Kaws is such a big deal that an apparel line was specifically created to match it! When it comes to these Jordans, you style your clothes based on the kicks, not vice versa! Owning a pair of Kaws Jordan 4 makes such a statement that you could be admired for wearing an on-feet masterpiece. 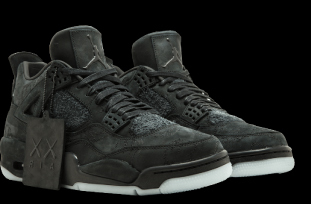 Jordan 1 kaws: No Smoke Without Fire!

News of another Jordan x Kaws collab started hitting the industry a couple of weeks ago. Images of Kaws Jordan 1 low, which dropped a year before the AJ4s, made it on social media and sneaker websites. Which hinted at a potential release or at plans for a Jordan Brand X Kaws drop soon. Sneakerheads were more than ecstatic knowing of the news. But that excitement didn’t last long as Kaws himself took it to instagram to clear the air surrounding the Swoosh-less shoes. 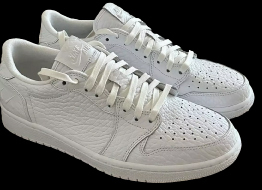 The renowned artist clarified that these kicks were designed in 2016 as a “personal uniform.” Just like the special edition sneakers the brand designs for its athletes. He also pointed out that the hand graphics on the insoles weren’t even part of his original design. So, what exactly are these shoes? Rumor has it that they may be pre-production samples or something. But you know the saying “there’s no smoke without fire?” Could it be that we’re getting Kaws x Air Jordans soon? Well, we can only wait… and hope for that!

While y’all wait for more news, you can check what’s left of December Jordan releases. And if Jordans ain’t your cup of tea, there’s a whole list of Nike kicks that are gonna drop in 2023!