Good grief! Who knew El Barto would become a pretty lit pair of Dunks? Well, sneakerheads who have been here since the early 2000s would know that shit better. But we ain’t gonna spoil all the fun right now because we’re gonna discuss it all later on! We’ll also talk about why you’ll wanna cop the Bart Simpson Dunks. And speaking of hot releases, did you know that the all-new Jordan 37 is coming soon? You can read all about it here fam. Now, let’s get kickin’ and check out the new kicks! 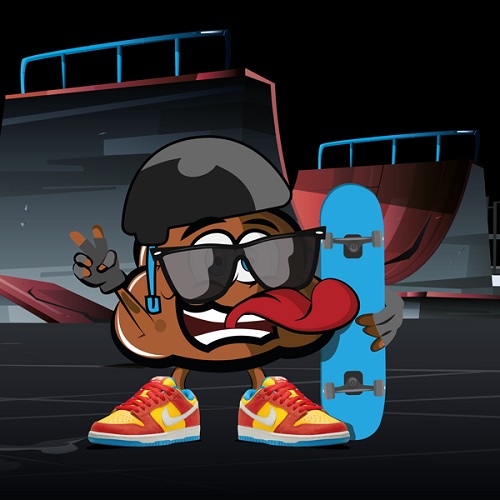 The 2000s Really Were Something Else

Before we get into 2022’s Bart Simpson Dunks, we’re gonna get into the parents’ versions! So, our story starts in 2004, with the head of the Simpson family: Homer. Although Nike never officially stated that the colorway is a tribute to Homer, the industry kinda agreed about that. You see, the white leather base (shirt), blue overlays (pants), and yellow swoosh (skin) kinda narrow the options down. Oh, the midsole/sockliners also look like Homie’s shoes! Today, the Homer SB Dunk Low is worth $1,445 on average in resale, aka a lot.

4 years later, it was time for a tribute to Marge Simpson! Like her hair, the Nike SB Dunk of choice was the high-top. The colorway in question featured all of Marge’s color palette. The yellow leather base (skin) has blue suede overlays (hair). And finally, the green swoosh is basically her dress! The pair dropped in January 2008; you can add it to your collection for $937 on average today.

Now that we got that out of the way, it was a matter of time before Nike expanded this collection. The new Bart Simpson Dunks is a new Nike Dunk Low Pro SB colorway. Of course, it’s a sick nod to Bart Simpson! The upper features a yellow leather base (skin), red overlays (t-shirt), and white swoosh (socks). Also, the blue sockliner and outsole are the same shade as Bart’s blue shorts and shit.

The Bart Simpson Dunks were “supposedly” gonna drop earlier in 2022, but they didn’t. So we should expect an official release sometime before the end of 2022. The kicks will cost you $100 in retail, and you can flip ‘em for $258. That means you can make some decent money off one pair, so imagine what many pairs will make! Anyway, read on to find out how to cop these babies in bulk using TSB.

How to Cop the Bart Simpson Dunks?

Odds are, these kicks will drop on Nike SNKRS. And we all experienced the pain of the L at some point there. You know, Nike drops are pretty hard to beat unless you have a great Nike bot! But if you wanna make the most out of your bot, make sure you hook it up with proxies and Nike accounts. You’ll be able to afford that if you buy an in-stock bot like TSB! You’ll be glad to hear that the bot supports 40+ regions. So wherever you are in the world, we gotchu. And if this gets hard, well, that’s what reshipping is here for, isn’t it?