Yeezy 700 Is Pulling Up into The Sneaker Driveway in “MNVN”

So, 2019 had its fair share of the Yeezy 700 with like 9 releases so far! But Kanye seems to really like them since he revealed the drop of a new addition to the 700 fam! The Adidas Yeezy Boost 700 MNVN drops in two new colorways “Triple Black” and “Orange” around the beginning of next year!
We first got a sneak peek of them last year on 6ix9ine’s manager and then again when Kanye tweeted a picture of himself wearing them in a cryptic Twitter post! And, people were not really feeling it.  Like we startin’ to have some doubts for Yeezy of 2020. 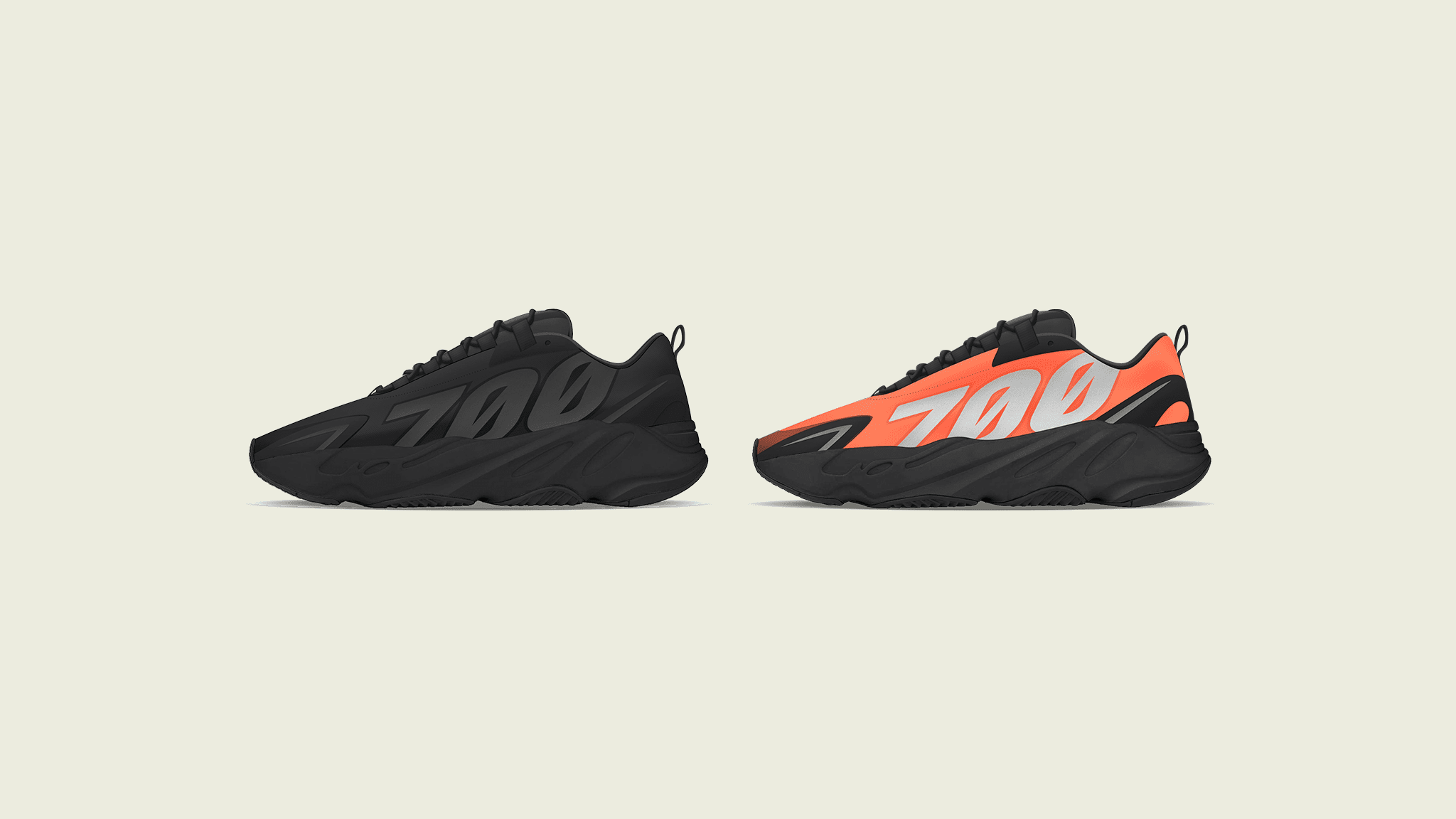 The Yeezy 700 sneakers are joining the list of new Yeezy releases, including the Yeezy Boost 380 in “Alien” dropping in November and the high Yeezy 500 in “Slate” in December!
But, this is not your typical 700. There are so many differences in this iteration, starting from its PRICE TAG! Yeezy 700 sneakers usually retail for 300$, the MNVN, however, will retail for 220$. This had us raising some brows. A Yeezy 700 for 220$? Like, why? What’s the catch?

These sneakers’ features include a lot of padded nylon, a reflective 3M “700” on the sides and black BOOST midsoles. Very different than the usual leather, suede and mesh combo that we are used to with previous Yeezy 700s. This might explain the slash in the price tag. We’re getting the Hospital Blue vibes all over again with this sneaker.
Also, what happened to the cool that we saw Kanye give to 6ix9ine’s manager? Now that was a dope colorway! We were all for that one.

So, could this be the next best Yeezy colorway? Is it worth running a sneaker bot for? Or is this just Kanye’s way of telling us he wants to get a minivan? Guess we just have to wait it out.