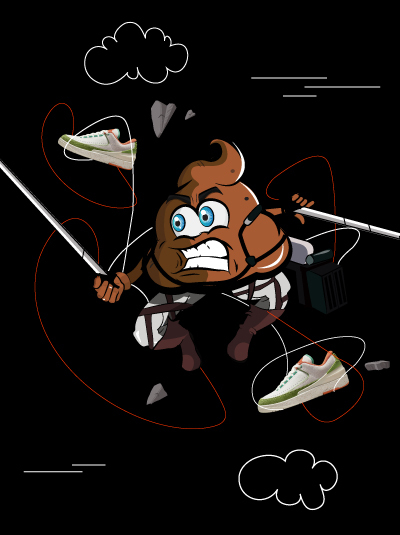 Jordan 2s don’t have the hype the 1s do, but the TITAN Jordan 2 promises to change that! Read on to learn more about this release.

There’s no middle ground when it comes to Air Jordans 2. It’s one controversial Jordan model that people either love or loathe at first sight. The 2s are the black sheep in the Jordan family. And although they dropped to very limited numbers, people still didn’t care about it. Demand witnessed a whiplash since scarcity didn’t go with the norms and drive high sales numbers. And that’s why Jordan Brand’s been trying to spotlight it again.

And thanks to Virgil Abloh’s collab back in 2021, they were able to do so. People thought Abloh was out of his mind picking the most obscure silhouette to design. But what he really did is breathe new life into the design. And voila! Jordan 2s weren’t looking as unattractive as they did before. And the upcoming TITAN Jordan 2 will just continue the legacy and show y’all a different side to the Jordan 2s. A better one that’s worthy of all the hype.

TITAN Jordan 2: A Little Go Back In History

This isn’t the first time the one and only basketball-based store in the Philippines, TITAN 22, collaborates with the Jordan Brand. They teamed up back in 2020 and dropped a Jordan 23, which was a great hit, to say the least. But it’s the first time they base their collaboration on a Jordan 2 release.

The Jordan Brand ain’t trying to focus only on making Jordan 2s more… seen. But recently they’ve been trying to shed more light on the women-exclusive Jordan line. And let’s just say there’s no one better to set this goal with than the TITANS themselves. They’ve been committed to including women in every aspect of their brand. Supporting and spotlighting women designers being one main objective. One of those designers is the famous Chi Loyzaga-Gibbs. Chi’s the main person in this collab. Why? Because she’s literally the person behind the incredible TITAN Jordan 2 design. She’s the late great Caloy Loyzaga’s granddaughter. If you’re wondering who that is, he’s the greatest Filipino basketball player EVER! And the upcoming Jordans pay homage to the legend himself.

Using an unusual blend of materials and color schemes, the upcoming TITAN Jordan 2 will surely leave a lasting imprint in the sneaker industry. It consists of a blend of materials, such as suede and tumbled leather. And a Sail, Safety Orange, Chlorophyll, and Coconut Milk color scheme, giving Filipino vibes all right. The low-tops come with a white leather base, overlaid with grey suede. Chlorophyll Green covers the mudguards, while Safety Orange accents the details of the kicks just perfectly. Safety Orange colors the insoles, the Wing logo on the tongue, and part of the outsole. You can also find orange speckles on the white midsole, A different shade of green accents the eyelets and the upper part of the tongue. Finally, going back to the insoles, they’re imprinted with graphics. 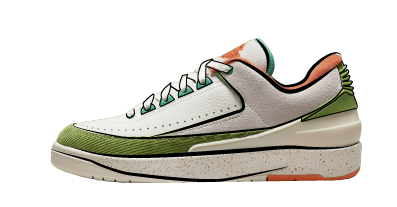 TITAN Jordan 2’s dropping on October 21, 2022. You can double-check that calendar of yours. It should scream that the release is literally here. So, while the countdown begins, make sure you’re ready with all the botting tools. Because epic releases like these are exclusive ones. So, if you wanna cop these kicks, make sure you’ve got a sneaker bot with you. And if you manage to get ahold of a Nike Sneaker Bot like TSB, your chances at copping the TITANS for retail will definitely skyrocket!

Click below to learn more about TSB, and a Nike reselling business for a great deal of money!

More on Jordans, make sure to check out the bewitching Voodoo Jordan 1s!