2022 Summer Sneakers: Giving You the Fresh Fits You Need!

Summer 2022 is finally here! And if we said that we’re not excited, we’re definitely lying. The sneaker industry picked up its pace after the little cooldown phase it went through. But now, we’re back and kickin’ with very cool silhouettes. And surprisingly, a couple of years ago we’d have gone “oh, nobody will buy that shit”. Now, look how the turntables… Anyway, enough self-reflection and let’s hop right into the top 2022 summer sneakers everyone should own! 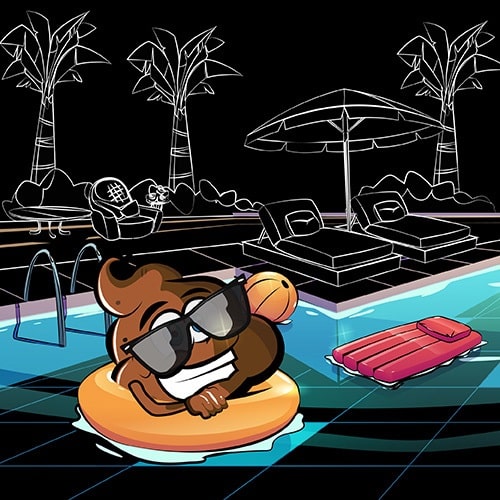 So, after a long debate and a shitshow, we finally rounded up our favorite summer go-to’s. Some haven’t dropped yet, some did, and some are easily accessible. That way, you’ll have no reason to not enjoy a very drippy summer! Let’s check all the kicks out right now. You know, better ride the wave as early as possible and have the best style out there.

Air Jordan 2s Are Putting in the Work!

We keep on saying it, and Jordan 2s are making their promised return in 2022! From new colorway teasers to awesome collabs, shit’s totally getting serious. However, the three kicks of choice would definitely give you a drippy edge! First off, we have the Chateau Maison Rouge collab that drops tomorrow. You can read all about it here, but the most important bit is: They. Look. Good.

Next up, the sleek A Ma Maniere collab is a must-have, but it’s gonna need a bit of money spending! The kicks are worth $350 on average in resale, that’s $100+ over its retail. The last AJ2 on our list is still in the rumor phase, but we legit can’t get over it! J Balvin is striking again with another interesting take on a Jordan. After his colorful (to put it mildly) collab on the AJ1, this one seems muted in comparison!

Air Force 1: Summer Sneakers… and Every Other Season

With the AF1, we’d buy it 40 times over. We already know that it’s one of Nike’s classics, but in 2022, we’re celebrating the silhouette’s 40th anniversary! And we ain’t getting younger, so might as well drop some lit colorways. Check this out if you agree. Now obviously, Nike’s going big this year, especially with the late Virgil Abloh’s design. The least we can say about the Off-White Air Force 1 Mid is that they’re full of life. Totally like Abloh’s own legacy!

Next up, we have a very celebratory pair of Air Force 1s. In addition to the silhouette’s anniversary, this colorway will celebrate Nike SNKRS’ fifth anniversary! SNKRS is the sneaker app that keeps on breaking our hearts and building our hopes. Finally, we have a modern take on the AF1. The Air Force 1 React will have foam in its soles, in addition to a colorful upper. We just gotta keep watching for more info on these babies!

Who knew that New Balance would make cool collabs and colorways that will make their kicks must-haves? And yet, NB550 is one of the coolest kicks around today, and we ain’t trippin’! We can’t possibly choose favorites, but well, we tried fam. First off, we have Joe Freshgoods’ Conversations Amongst Us 550s. They’re monotone, off-white, and the perfect recipe for boring kicks, but still managed to hit hard! Oh, and they’ll cost you double their original price on the aftermarket.

Next up, we’ve got any and every Aime Leon Dore 550. The variety we’re getting from this partnership is peak style. And now, they promised to complete our summer with a pack of 3 new NB550 colorways. You can choose your favorite because we sure ain’t gonna!

And now, we have the highlight of the 550 rundowns. A cool artist and a cool silhouette will spawn some epic kicks for sure. And Jack Harlow didn’t disappoint at all with the new “Come Home the Kicks Miss You” collab. You can check out the collab here, but rumor has it that the kicks will drop before the end of 2022. Let’s hope that means before the end of the summer because they’ll totally be the highlight of it all!

Another silhouette that came back from the dead is the Adidas Forum. From the Velcro straps to the retro feels, the Forums have everything it takes to be the summer sneakers! From a simple eco-friendly pair like Parley’s Mids to the funky Stitch Forums by Disney, they’re pretty versatile. The Parley pair is available on Adidas’ site in some sizes. If not, it’s the resale market for you! Don’t be sad though, because you’ll find them for almost the same value.

On the other hand, we have two pairs that didn’t drop yet. The first is Disney’s tribute to Stitch, while the second is Bad Bunny’s blue edition of the buckle Forums. Both these kicks are expected to drop soon, and if they do, they’ll complete our summer sneakers rotation!

We’re not gonna make it long here, because if you’re reading this, then odds are you already know your shit. But in case you don’t, these are the silhouettes that never go out of style:

If you don’t have at least 2 out of these 4, you’re doing something wrong. These are the everyday beaters that so many sneakerheads go for. The best thing about these silhouettes is that they don’t care about hype trends! You can find them whenever you want in a huge variety of colorways and designs. So it’s a win-win situation!

So do we. Now, most hype kicks sell out within minutes of their release, and that calls for sneaker bots. But if you have an inclination towards Nike and Jordans, you’ll wanna try your luck on Nike SNKRS. And maybe, just maybe, get a Nike bot to push your chances at Ws a bit further. However, you gotta remember, a bot on its own can’t do shit. That’s why you gotta get yourself some good proxies and Nike accounts. Only then you’ll have a fair chance of taking a W (and maybe more than one). Good luck!