If you ask us, we think collabs that start in the 2000s have a high chance of lasting. It’s kinda helpful that Y2K fashion came back in these few years. And you know, the sneaker industry has kicks for every occasion and shit. But so far, Nike x Stussy is one of the collabs that survived all these years. That’s why today we’re gonna talk some history (and future) with the cool Stussy Air Max 2013! Who knows? Maybe a collab like that will inspire you to start a sick sneaker collection!

Fun fact time! Many sneakerheads consider Nike and Stussy’s collaboration, which started in 2000, as the brand’s first collab. And well, the rest is obviously history, or we wouldn’t be getting a new drop amirite? Their first collab was a very rare take on Nike Air Huarache that is gonna be pretty hard to find! These babies dropped exclusively in Stussy’s London location. So before the hype game became a thing, Stussy was already playing! This pair is almost as mythical as Freddy Kruger’s Dunks, but we’ll always hope to land one. 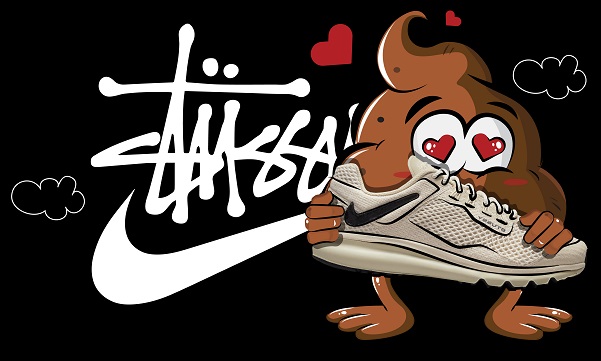 22 years after the birth of the partnership, Stussy and Nike are keeping things interesting for sneakerheads. And now, we’re getting a whole a$$ collection, but the star there is totally the Stussy Air Max 2013. Not only is the choice of kicks very exciting, but that shit’s coming in three different colorways. First, we’ve got the signature sail colorway, a classic black, and a what-the-heck pick! It’s legit a surprising turn of events, but we ain’t ones to complain about shit like that. We’re just happy to get really hot kicks!

Oh, and these babies aren’t dropping alone. They’re dropping along with an apparel capsule. So if you’re looking to do an epic shopping spree, now’s the right time! So we’ll have to wait and see how lucky we’ll be to get them.

The new Stussy Air Max 2013 will drop on August 5, 2022, in Stussy stores in North America, UK, and Europe. Meanwhile, it’s gonna drop in the eastern regions like Japan and Korea on August 6, 2022. Although Nike SNKRS didn’t announce that shit, we can still assume that the kicks will drop there. And make sure you’re willing to pay $210 in retail. Releases like this can lots of times bring you back decent profits! So, do you wanna know how to catch this drop?

Just like every other Nike SNKRS drop, chances of taking the L are pretty high. No need to sugarcoat shit. But your only way to get these babies is by using a Nike bot. A bot like TSB can push your luck in more than 40+ regions. And with proxies and Nike accounts, you’ll be doing your best to avoid a flop. So make sure you’re ready to take your copping game to the next level and jump in!