Before streetwear made it to the scene, Luca Benini founded Slam Jam in 1989 Italy. Back when chic and high-end fashion ruled European standards, Slam Jam flew past avant-garde when the first Jordans were coming out. Through music, art, and nightlife, it formed a community of aesthetic minds and street styles. After establishing its name among popular brands at the time, the small Ferrera warehouse transformed into a hub for urban cultures. Slam Jam is now considered as Italy’s number one importer for streetwear fashion. It works with brands like Nike, Off White, Stussy, Sacai, and New Balance. The Slam Jam Nike Dunk collaboration combines Italian grandeur with American college kicks from ‘85.

In early 2019, Slam Jam collaborated with the classic Nike Blazer Mid ‘77 for two leathery B&W colorways. Reselling for over $2K, this Nike Blazer collaboration is one of the most expensive this model’s ever dropped. So it only thrills us to find out what a Slam Jam Nike Dunk collaboration has in store for us. The translucent Swoosh logo wrapping around the heel is without doubt the top feature of this collab. We caught the drop of the white colorway recently on October 3rd. The neutral Dunk High features a translucent gum outsole and is valued at $400 on GOAT.

The black colorway with its yin yang shoelaces is dropping on October 30th for $120. It is reselling for a minimum of $475. Which is four times its retail cost given that it sells for its cheapest limit!

If you look at this collab in close reference to previous Nike Dunks, you’ll find that it look SUPER similar to the women’s Nike Disrupt Dunks. Do you see it now? Remove the blue and red colorways from the picture and you’ve got yourself a mirror situation. Except the Nike Dunk Low pack retailed for $110 and this collaboration’s at $120. So technically, you’re paying $10 for extra ankle coverage AND a jamming Italian name! 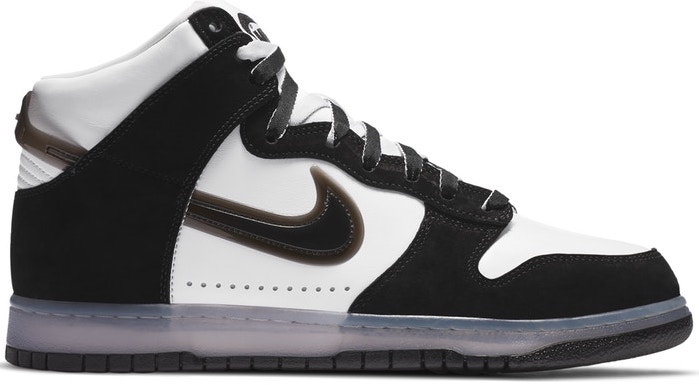 Cop this slick Nike with TSB before the Jordan 1 Mocha this October. With a consistent success on all Nike stores and hyped releases, we’re setting up camp on Halloween. If you’re waiting to start November fresh with a TSB copy, stay posted @The_Shit_Bot for giveaway announcements. May this bot be ever in your favor… 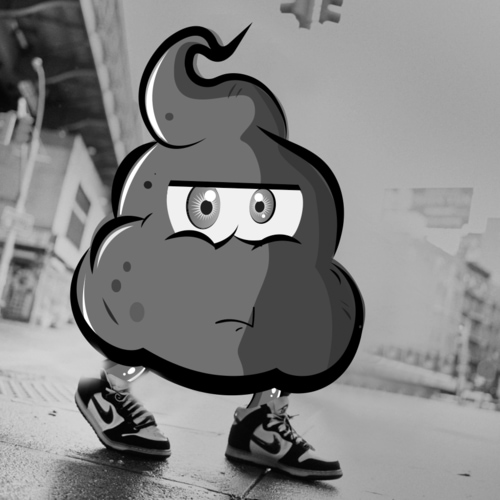