Classics Dripped In Red: Red Panda Dunks Are Your IT Kicks!

Classics are always the shit when it comes to sneakers in general, and Nike specifically. Restock after restock, Nike fans and sneakerheads never seem to tire out of this monochrome pair. It seems that the white and black dunks are everybody’s favorite. And those same favorites are now getting a new variation with extra pops of red. So, read on to know more about the upcoming Red Panda Dunks!

You’d think that sneakerheads would eventually grow out of flipping and flexing the same shoes over and over again. But you’d get the hype these kicks get every time they drop once you take a look at their classical theme. They’re the kind of shoes you just get addicted to wearing. Nike’s Dunk Low Panda’s always been a win in the Swoosh’s books and ain’t changing anytime soon!

The Swoosh ain’t giving its Panda Dunks a break! Following the recent Panda restock, Nike dropped the news of yet another release of the thriving theme. BUT this time with a lil twist! It’s always that belt or accessory accentuating a very simple outfit, makin’ it look like a million bucks. But when it comes to the new Red Panda Dunks, University Red is what’s bringing life to the shoes.

Following in the footsteps of your usual Panda Dunks, the upcoming kicks come covered in the same black &white theme. The Dunks feature a not-so-smooth white leather base and black overlays. Sounds plain, doesn’t it? Well, don’t worry about that because University Red comes crashing all that’s basic. The swooshes will be red, accentuating the shoe’s deets.

Now, for a closer look, the red also covers the heel tabs, insoles, and the logo on the tongue. Talk about a real deviation from the basics. Also, expect a white interior lining instead of the standard black.

Picking a favorite will probably be hard. Because monochrome Panda Dunks will always be the IT sneaker no matter what kind of sneakerhead you are. And the upcoming Red Panda Dunks give a classic x modern vibe. So, if you weren’t able to cop the classics, Nike’s giving you another chance with its Red Panda Dunks. 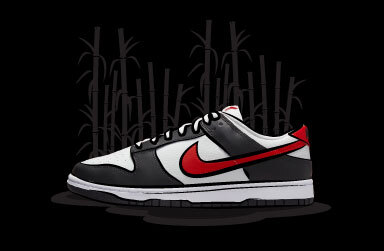 Nike’s Red Panda Dunks will hit Nike SNKRS and websites sometime at the end of 2022 or early 2023 at a retail of $110. A definite date should be out soon. But you must know things go on SNKRS on hot drops days. So, for the sake of actually getting a chance at copping a pair, you better be running a SNKRS bot. And if y’all are wondering “Why would I buy a pair?” Well if not for flexing them, you can always make some good money reselling them. And judging by previous Panda drops, they promise a resale worth double their retail price.. on average!

So, how do you secure them Red Dunks? TSB helps you cop a pair..or pairs if you want. And to do that just learn your way around Nike proxies and its accounts providers and you’ll eventually hit the jackpot copping Nike!