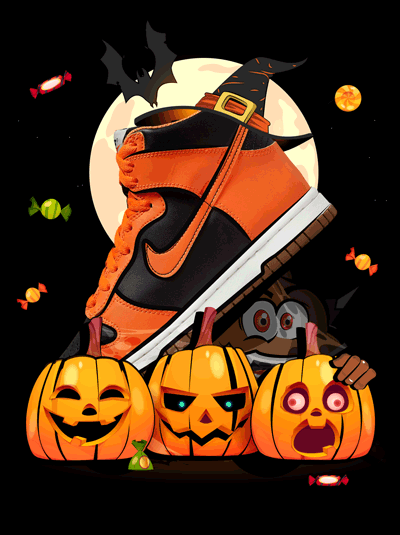 Feeling that chill? Do you know what that means? It means that Winter’s coming! But no, we aren’t exactly stating that fact nor referencing a TV series. Just reminding you that Fall’s approaching along with Spooky Season! Meaning wot? Meaning Nike’s getting into the spirit and sending sneakerheads into a frenzy. We’ve already seen some holiday kicks, now it’s time for Hallowe’en. And with The Swoosh, you only have to pick your costume and the brand will be ready with the perfect footwear to fit with it. It’s one that doesn’t disappoint. The new Orange and Black Dunks High are living proof!

You’ve probably gotten used to Nike’s Halloween Dunks. The orange n the black, add here then remove there. But the thing with Nike is that you literally can’t tire out of their design. It’s Christmas, you wait for Nike green kicks. Halloween? Watch sneakerheads prepare to buy them Nike sneakers as if their lives depend on them. So, what does this Halloween have in store for you?

Black with Rust Orange overlays awaits you all. BUT rest assured that ain’t all it. It’s not a Nike drop if it has no twists to it! And you can see this year’s twist in the gum outsole that adds that Chef’s last touch to the recipe. Also, what ain’t so typical for a Halloween release are the clear white midsoles. Now, for a closer look at the upper part of these baby pumpkin kicks. The tips, eyestays, laces, and swooshes feature a rusty orange. Black comes to tone it down covering the rest of the shoes, Offering the perfect color harmony. Coming to an end with the branding on the tongue, it’s a mixture of black, white, and a touch of red.

Orange and Black Dunks High will hit the shelves on October 26th, 2022. That’s like very soon. Literally tomorrow kinda very soon. And they will retail for $105. So, October 26 is your chance to flex your way into Halloween. If you manage to score more than a pair, you could always flip them for a rewarding resale value. Now, the Halloween Dunks are reselling for $206. That’s nearly double their retail price. And it doesn’t stop there. It never does. This value might increase any moment now!

Now that you don’t get lots of chances at copping the same shoes from Nike, Panda restocks aside, y’all need to get your sizes right. So, if the upcoming Halloween Dunks are gonna be your first time buying sneakers online, here’s a guide on how Dunks fit! 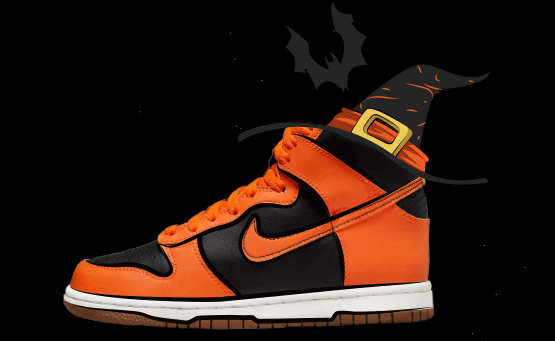 Orange, Black, And A Sneaker Bot

Now’s the time for the real talk. How would you get ahold of such limited-edition sneakers? Purchasing ‘em online Dunks after hours of release, filling in your card info and address ain’t an option here. Nor going to the store and expecting a normal shopping day is a possibility. By the time you get there, Nike stores would be preparing for 2023 drops. A joke… But you get the idea. Anyway, let’s put it in simple words. You need a Nike SNKRS bot to manage your way into the copping world. It’s a first come, first served kinda thing. And the fastest way to break through the endless waiting line is through a bot like TSB. It gives you fair chances at copping the kicks you want!